Kia’s best selling sedan the Cerato aka Forte aka K3 has been updated for 2022 with new features and tech. The photos here are those of the Korean version which is K3 so the update cut across all versions. Rumours have been lurking around that Kia may finally drop the Cerato/Forte name and stick with K3 as it did with the latest Optima which is now called K5.

For now, three images have been released and while the changes aren’t huge, they’re still very noticeable. The biggest update takes place upfront with redesigned headlights and a new LED daytime running light signature. The hood stretches further down towards the wider grille and Kia’s new corporate logo is present. Additional highlights include a new front bumper with larger air intakes while the lower grille boasts a short strip of LEDs on both sides. 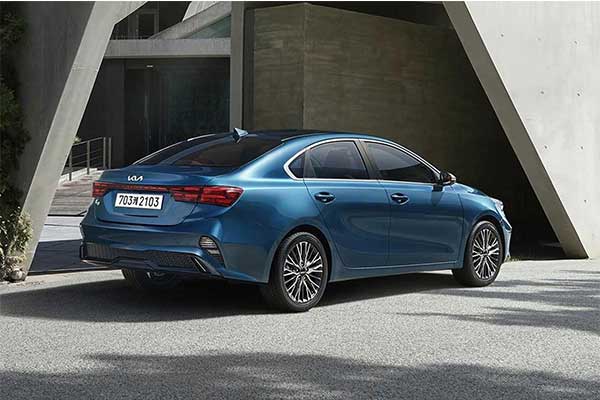 Spin around to the rear and you will find distinctive taillights with an LED light bar. The reversing lights also sit low on the bumper and some black plastic is also visible just below these lights. The car featured in these photos is also wearing a new colour dubbed Mineral Blue while the car also sits on distinctive silver and black 17-inch wheels.

The interior hasn’t been left out as the Kia tweaked the K3’s interior too. There is now a 10.25-inch infotainment touchscreen and a 10.25-inch digital instrument cluster. Admittedly, this digital gauge cluster will only be featured on flagship variants. Entry-level models will come with a smaller 4.2-inch digital driver display and an 8.0-inch infotainment screen. The engines remain the same with the 2.0-litre inline-4, 147 horsepower and 132 lb-ft of torque and 1.6 litre turbocharged I4 with a 201 hp and 195 lb-ft paired to either a six-speed manual or seven-speed dual-clutch. The updated Kia Cerato/K3 will debut in a couple of weeks. 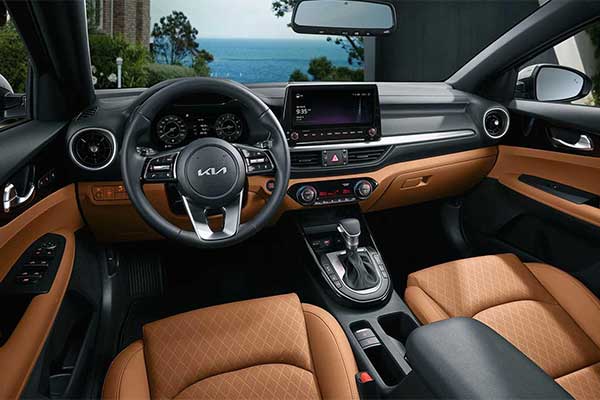