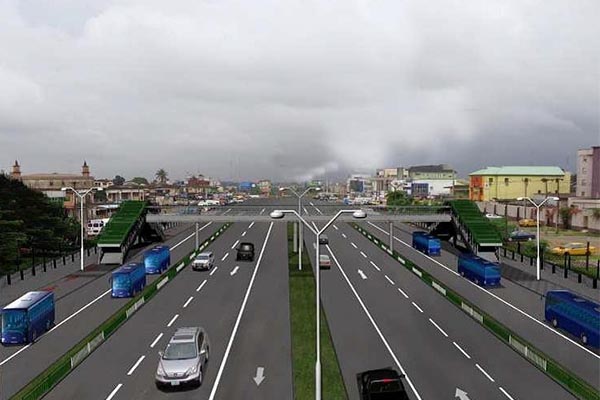 The Lagos State Government on Monday flagged off the reconstruction of the Oshodi – International Airport Road, with a pledge to complete the project within the next fifteen months.

The State Governor , Mr Akinwunmi Ambode , had last month at the quarterly Town Hall Meeting held in Badore area of Ajah , announced that the reconstruction of the road , which is a major gateway to the country, would commence in September , and that the construction would facilitate the transformation of the road to a world class standard.

Speaking while flagging off the project , the State’s Commissioner for Waterfront Infrastructure Development , Engr Adebowale Akinsanya said the commencement of the project was in line with the commitment of the present administration to transform the entire axis, being the major gateway to the country’ s commercial nerve centre .

He said the State Government took it upon itself to undertake the reconstruction of the road being one of the busiest roads in the State with vehicular volumes averaging 50,000 vehicles daily, and that its poor state was not acceptable for the status of the State as the fifth largest economy in Africa and the nation’s commercial hub.

He said some of the fences along the corridor have been identified to be within the right of way , but that government would minimize the impact of the project on property owners .

He said in order to properly carry along people of the area, a stakeholders’ meeting will hold on Thursday to sensitize the people whereby they will have an opportunity to ask the necessary questions .

He said to fast – track the project, three group of workers will work on the project and they would work day and night , while upon completion , the project will be linked to the Oworonshoki reclamation project, which is also ongoing and is aimed at transforming the corridor to a major entertainment and tourism hub .

See Related Post 12 Facts About Air Travel You Should Know

Audi Reportedly Made Thousands Of Vehicles With The Same VIN