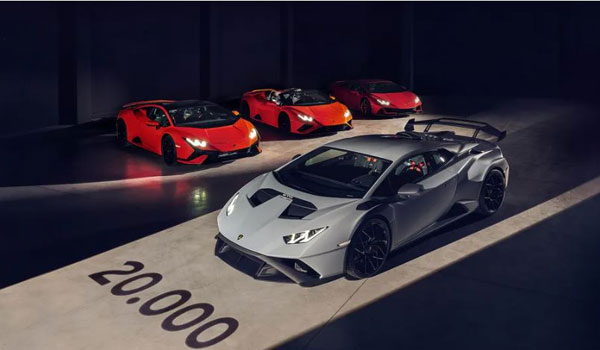 The 20,000th Lamborghini Huracán has been built, an STO painted in Grigio Acheso Matt, destined for a customer in Monaco.

Coupes have been chosen by 71% of Huracán purchasers, with the United States accounting for 32% of sales.

Lamborghini says that 60 percent of Huracáns have been customized by the company’s Ad Personam program.

For the most of Lamborghini’s history, the Italian supercar manufacturer sold only a few hundred cars every year. When the Gallardo debuted in 2003, this changed—the junior V-10 supercar sold just over 14,000 units in its ten-year production lifespan.

Only 410 Jalpas were sold between 1981 and 1988, far outnumbering its predecessor, the V-8–powered Jalpa. The Huracán, the Gallardo’s successor, has been even more popular, with Lamborghini announcing on Thursday that it has produced the 20,000th example of the V-10–powered supercar, which first went on sale in 2014. 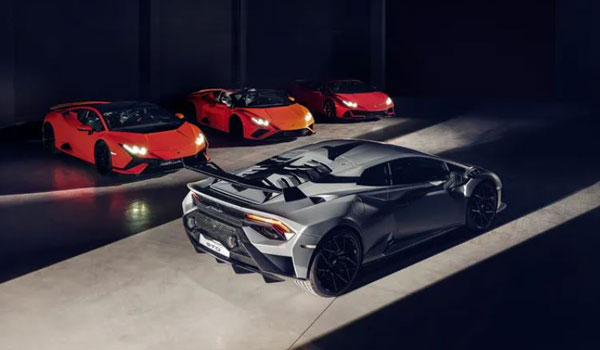 The 20,000th Huracán to roll off the line in Sant’Agata Bolognese was an STO, the high-performance, the track-focused version that draws inspiration from the Huracán EVO Super Trofeo race car. This record-setting STO was finished in Grigio Acheso Matt paint for a customer in Monaco.

With the announcement, Lamborghini provided some details on how Huracán customers have ordered their supercars so far.

71 percent of Huracán owners have opted for a coupe version, while the remaining 29 percent wanted the ability to drop the top to better hear the naturally aspirated 5.2-liter V-10 sing.

The United States has been the Huracán’s biggest market, with 32 percent of sales, with the U.K. and the Greater China region completing the top three.

The bulk of Huracáns come with some level of modification, with Lamborghini’s Ad Personam customisation program adorning 60 percent of the 20,000 cars sold thus far.

Customers have drawn inspiration for colors, trimmings, and materials from everything from furniture and apparel to makeup and precious stones, according to Lamborghini.

The Ad Personam division’s major markets have been Central Europe, Japan, and the United Kingdom. The Huracán should continue to sell well before a plug-in hybrid variant arrives in 2024, thanks to STO manufacturing and the recent release of the Tecnica model.


Related Topics:lamborghini huracan
Up Next

A Flagship, Fifth Model Car Will Join Bentley Portfolio Of Luxury Cars On May 10th