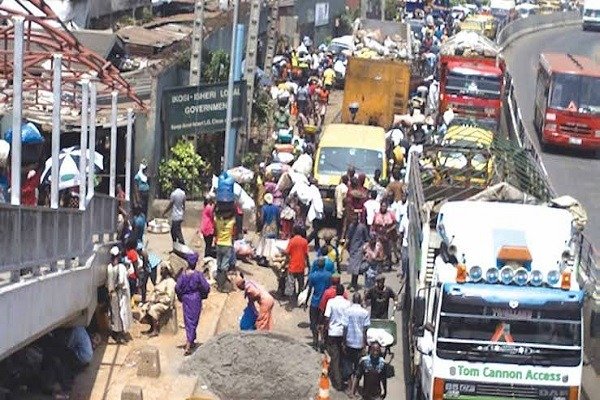 As part of the efforts to further unlock traffic gridlocks and ensure free vehicular movement across the metropolis, the Lagos State Government (LASG), through its Vehicle Inspection Service (VIS), has organised a stakeholders meeting to sensitise articulated vehicles owners about the need to ensure their vehicles are in good condition before putting them on roads.

The sensitisation, according to the State Government, became necessary in view of the frequent traffic jam resulting from the frequent breakdown of rickety vehicles and articulated trucks that daily ply Lagos roads and the danger they constitute to citizens’ safety.

The Director, Vehicle Inspection Service, (VIS), Engr. Akin George Fashola who chaired the meeting, stated the aim of the meeting. According to him, the aim is to bring different players together to educate them on government policy relating to the movement of dry and wet cargo within the State as well as intimating them with regulations guiding road carnage by articulated trucks in Lagos.

He added that the increased traffic in the metropolis, occasioned by the regular breakdown of articulated vehicles, indicated the need to inculcate the culture of safety in motorists plying Lagos roads as well as enlighten them on the need to be more cautious and responsible in their daily operations.

Six weeks is given to all stakeholders in haulage movement to revalidate their documentation and put their vehicles in a proper working condition. Failure to do so, will lead to VIS impounding such vehicle.

Operators of articulated trucks, tippers and tankers have got strict warning to comply with all guidelines on Safety and Standard operations or face sanction.

The Director listed some areas of agreement between all parties, such as:

Other decisions include the following:

The highpoint of the stakeholders meeting was the signing of a Memorandum of Understanding (MOU) between the State Government and Trucks Owners to ensure safety and free vehicular movement on Lagos roads.