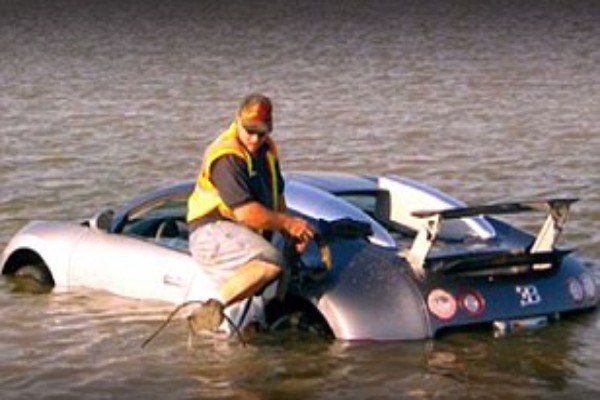 Sometimes justice is swift, sometimes it may take a few years. In this case, it took about 6 years before a Texas man was sentenced to prison for trying to defraud an insurance company out of a couple of million dollars.

It all started in 2009 when the request of 39-year-old exotic car salvage yard owner, Andy Lee House , to insured his $1 million (N362m in Naira) Bugatti Veyron for $2.2 million was granted .

A month after the purchase of the supercar, he drove his $1 million Bugatti Veyron into the salty water lake and left it running in the water. 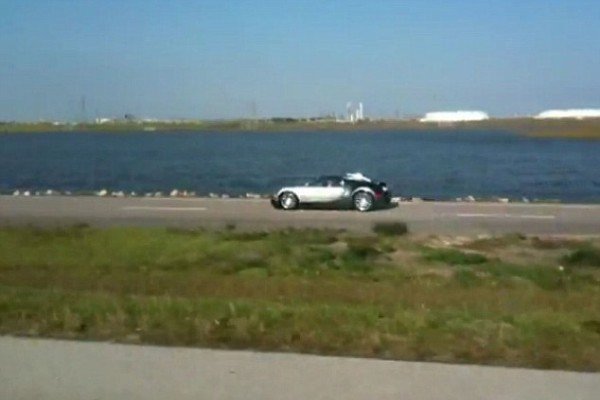 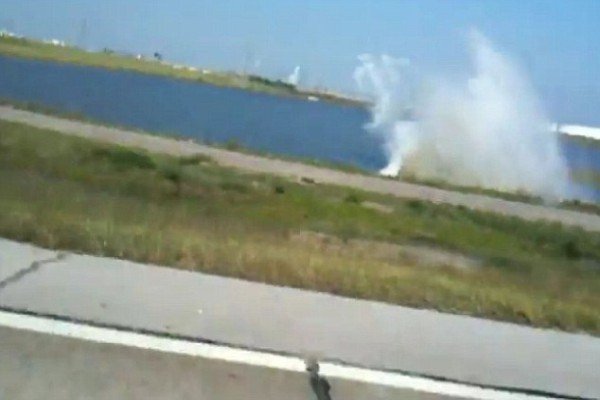 House filed a claim with his insurance company to collect the $2.2 million for the damaged car.

In his claim , he said a low-flying pelican bird had distracted him as he was reaching for his mobile phone, causing him to swerve uncontrollably into the lake.

Unfortunately for him, another motorist who admires and wished he had one ,was close by filming the fast-moving car moments before he drove into the lagoon. He later posted the crash on YouTube and has been viewed more than 8 million times.

It has been viewed more than 8 million times

The company claimed he borrowed $1million from his friend to buy the insured car and then double the investment by destroying the multi-million dollar car.

In Mister House’s case, the insurance company involved the FBI, the Texas Rangers and the Police Department to investigate the crash.

When the video was viewed and the Bugatti accessed ,there were no pelicans anywhere in sight and he had also intentionally left the engine running for 15 minutes, causing irreparable damage .

Reporters who arrived at the wreck scene minutes later confirmed they heard the 1,200 horsepower W16 engine, capable of speeds in excess of 253 mph, gurgling the salt water.

The lawsuit also claimed an unnamed confidential informant stated Mr House offered to pay him to steal the car and burn it so that He could claim the insurance money.

Mr House pleaded guilty to the insurance fraud in August 2014 and was sentenced to a year and a day in federal prison in December 2015 .He will also have to serve three years of supervised release after he gets out of prison.

He must also pay the insurance company back its $600,000 settlement . He might have gotten away with it had it not been for a YouTube video of his ill-conceived scheme and the lack of flying pelican birds in the air that day.

It’s estimated that fraud costs the insurance industry in US about $30 billion annually. In U.K,One insurance fraud is detected every minute according to industry figures.