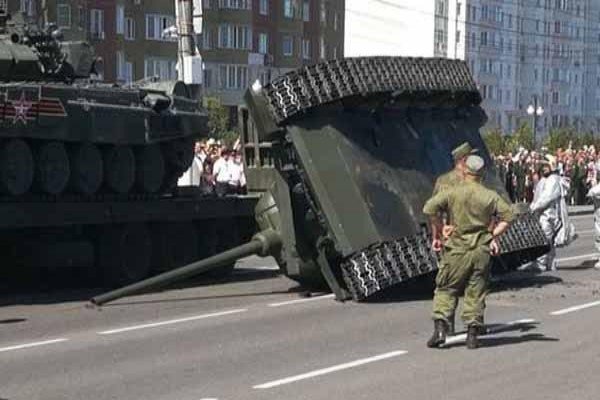 After a military parade on Thursday in Western Russia, an old T-34 tank attempting to board a transport truck fell off the side and flipped over.

Soldiers standing nearby were lucky to escape being crushed by the heavy vehicle.

The undamaged tank was eventually loaded onto the transport truck and safely transported to its base.

Netherlands Prime Minister Spotted Going To Work On His Bicycle