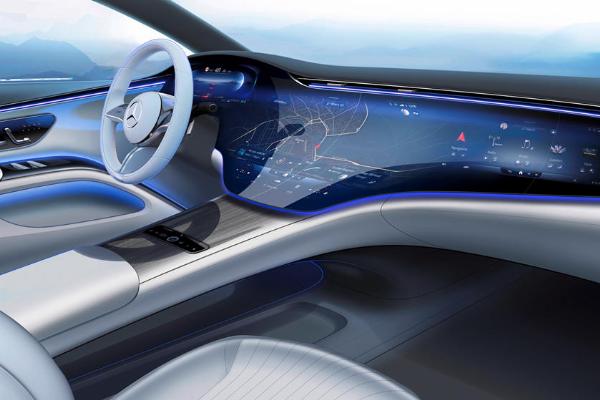 The upcoming Mercedes EQS luxury sedan is the first all-electric member of the new S-Class family.

It will compete in the same price bracket as the Porsche Taycan and the Tesla Model S. 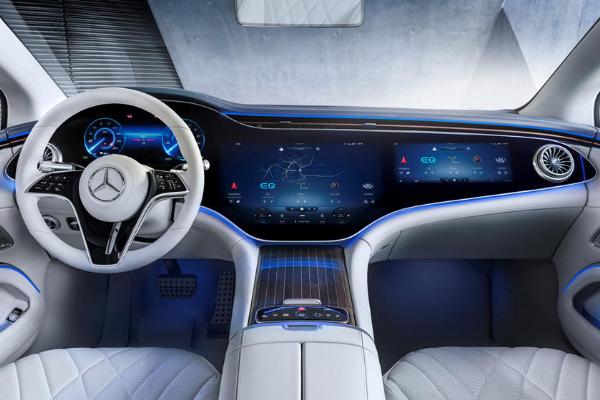 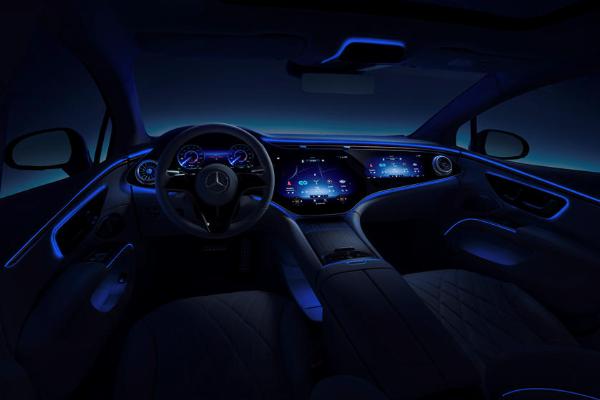 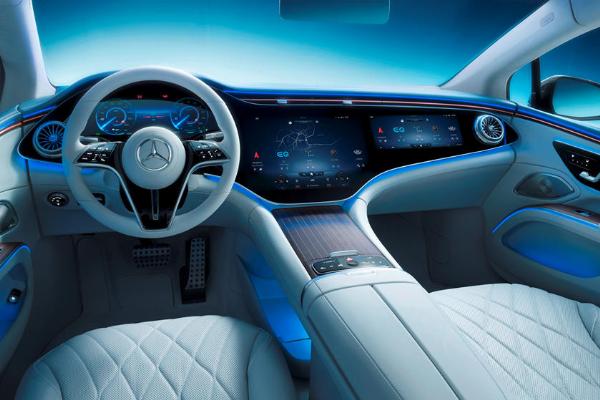 Mercedes, has released more information on the massive, pillar-to-pillar, 56-inch hyperscreen that will debut in the upcoming 2022 EQS all-electric luxury sedan.

The massive hyperscreen is the centerpiece of the Mercedes’ latest generation MBUX infotainment system. revealed during virtual CES 2021. 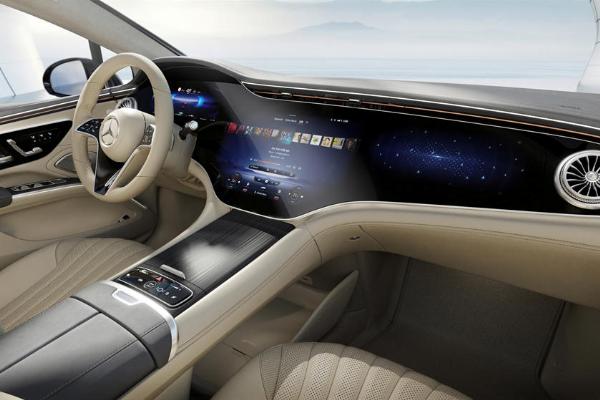 Unlike the first, the latest reveal gives us a better look at the Tesla-killing 56-Inch screens. The screen houses the instrument cluster, a central infotainment screen, and an additional screen facing the front passenger.

The Mercedes-Benz User Experience (MBUX), first seen in the Mercedes A-Class in 2018, is one of the most impressive infotainment systems on the market. 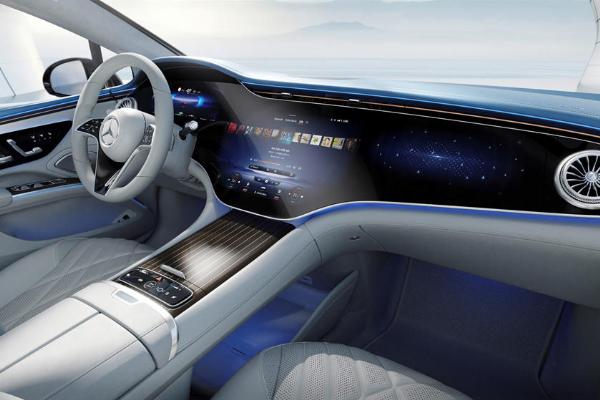 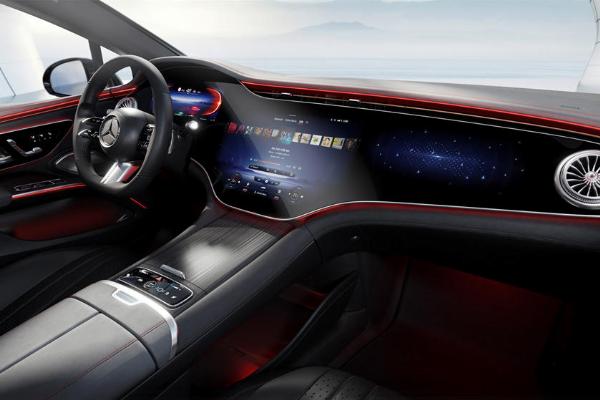 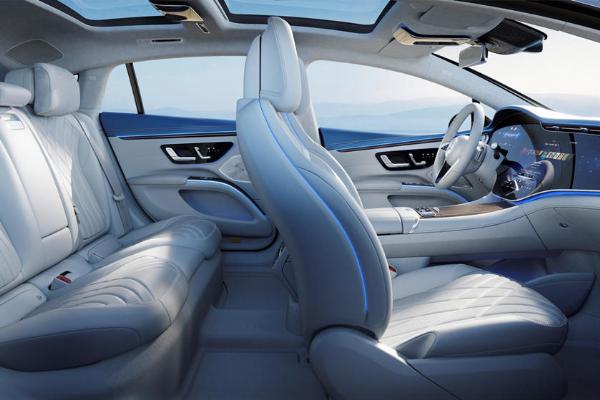 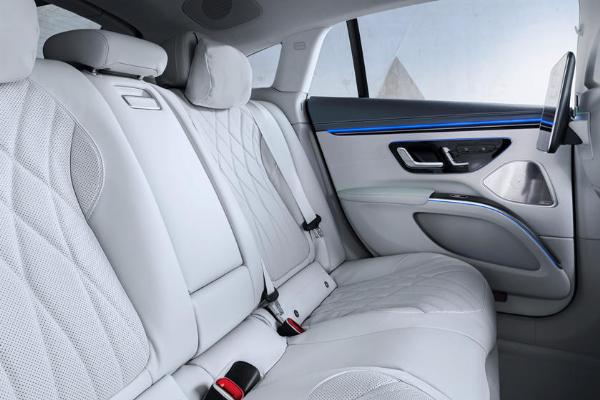 The EQS is the first all-electric member of the new S-Class family. It will be the first Mercedes to carry the option of having the massive curved Mercedes Hyperscreen. 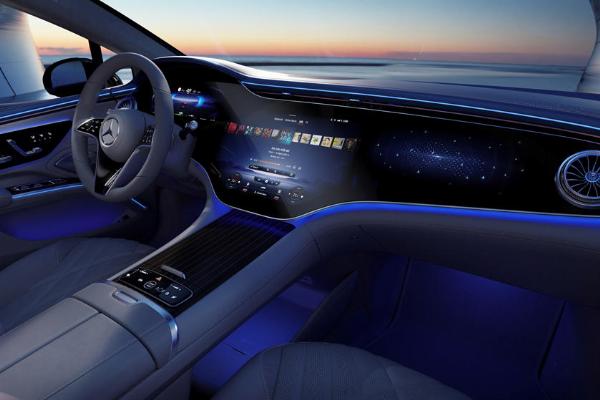 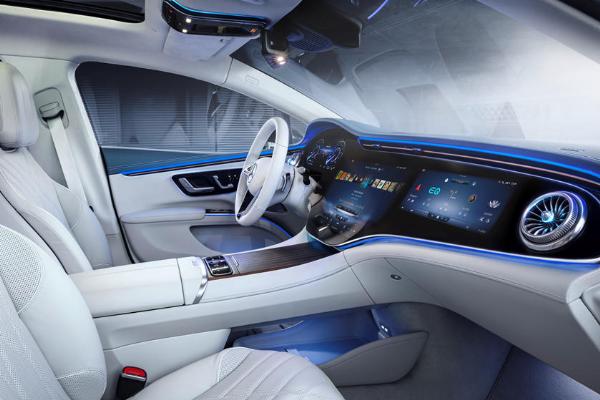 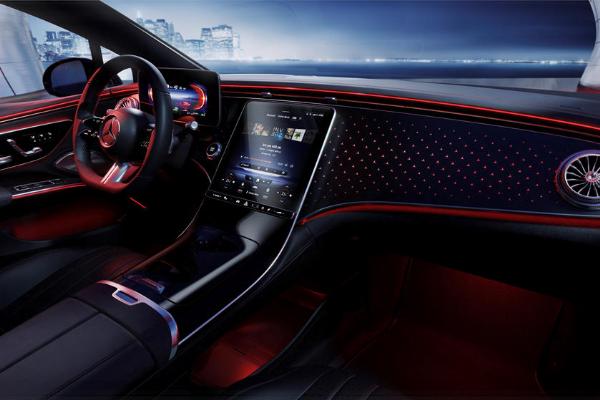 When it arrives at the dealership later this year, the EQS will be the new flagship EV and the most expensive of 10 future full-electric Mercedes models. It will compete in the same price bracket as the Porsche Taycan and the Tesla Model S.

The EQS is currently being built on the same line with the current 2021 Mercedes S-Class at automaker’s “Factory 56” in Germany.

What Do You Think About This. Massive 56-inch Hyperscreen Inside The 2022 Mercedes EQS Electric Sedan?