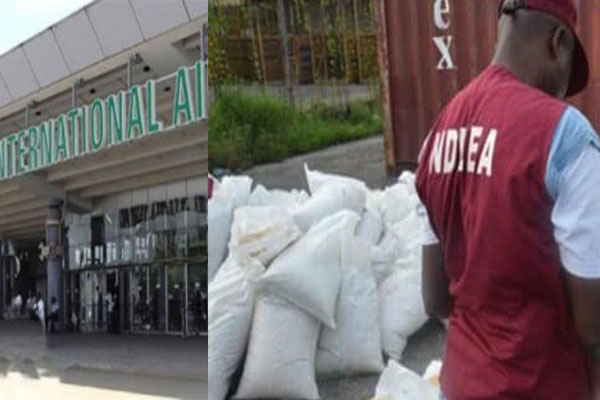 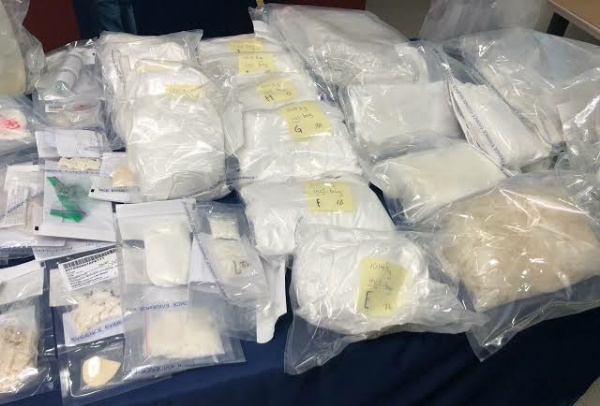 The National Drug Law Enforcement Agency, (NDLEA)  has been able to make its largest cocaine seizure till date. This is after it intercepted 21.9kg of cocaine at the Nnamdi Azikwe International Airport (NAIA), Abuja.

Both officers said the substance was concealed in two unclaimed suite cases. They were discovered after the arrival of Ethiopian Airline, ET 910 in Abuja from Addis Ababa, Ethiopia.

According to the statement, vigilant officers of the Command became suspicious about the briefcases abandoned on the conveyor belt.

Tsakuwa, the airport commander then directed the officers to keep an eye on the suitcases. Hence, he informed the Airline and its handlers of NDLEA’s interest in the luggage.

After some days that no one came for the luggage as owner, Tsakuwa said they formally contacted the station Manager of Ethiopian Airline and the Nigerian Aviation Handling Company (NAHCO Aviance) indicating the suspicion of the agency on the suitcases.

“After many weeks of no claim by the owners, we informed the Airline on the need for a search to be conducted on the unclaimed suitcases.

“The Airline officials, including the baggage handler along with the Department of State Services, Aviation Security and Nigeria Customs Service were invited to NDLEA Office where the search was conducted.

In the first suitcase, there are blankets that have two parcel of transparent nylon which contained whitish substances suspected to be hard drugs.

Field test on the substance proved positive for cocaine and weighed 10.750kg.

“The second unclaimed suitcase contained twenty-two packet shirts, one parcel of drug was concealed in each of the shirts and covered with a blue carbon paper containing a transparent nylon.

“The substance was also field-tested and proved positive for cocaine and weighed 11.150KG. The second suitcase had a baggage tag with a name Nze Lusaka U. The drug seized made a total of 21.9kg,” he said.

The command said investigation was still ongoing as regards the cocaine. Meanwhile, Command was liaising with Ethiopian Airline to get more information to unravel the identity of the couriers.