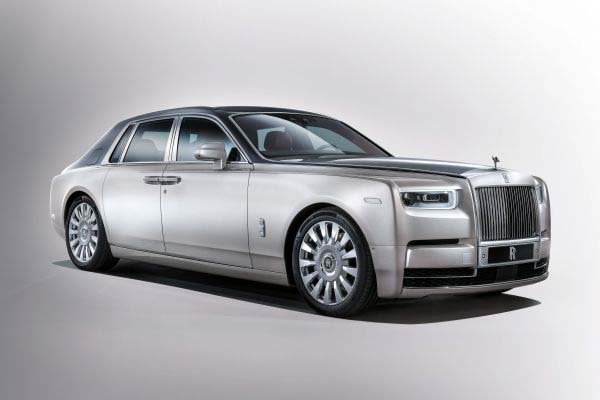 The most silent motor car in the world

From the moment Sir Henry Royce introduced the Rolls-Royce Phantom in 1925 it was judged ‘The Best Car in the World’ by the cognoscenti. As a result it has conveyed some of the world’s most influential and powerful men and women to the most defining historical moments over the last 92 years.

The New 2018 Rolls Royce Phantom will be the first of a new generation of Rolls-Royces to benefit from the creation of the Architecture of Luxury. This new architecture serves as the foundation on which this eighth generation of Phantom reaffirms its position as ‘The Best Car in the World’ by taking the best fundamentals and making them better.

The first major benefit of the new architecture for the New Phantom are lightness, increased stiffness, efficient production of standard and extended wheelbase bodies and uncompromised exterior surface design.

The suspension makes millions of calculations every second as it continuously varies the electronically controlled shock absorber adjustment system – reacting to body and wheel acceleration, steering inputs and camera information.

With the focus on creating the most silent motor car in the world, a completely silent engine was also required, and that meant more low-end output at lower revs to ensure that silence. Hence a completely new, 6.75-litre V12 powertrain has been engineered for New Phantom, in place of the previous naturally aspirated V12 engine.

The new V12 Phantom engine employs two turbo chargers that contribute to a low-end torque output of 900Nm at an incredibly low 1,700rpm whilst also delivering 563bhp or 420kW of power, resulting in calm low speed progress associated with state occasions and an unfussed surge of power when one needs to press on. The addition of Satellite Aided Transmission (SAT), married to a ZF 8-Speed gearbox also ensures that the driver is prepared for whatever the road has in store for them.

Price will be officially revealed soon so get your wallets ready.