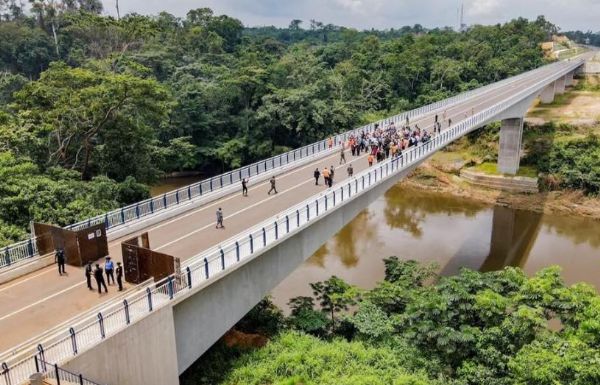 Minister of Works and Housing, Babatunde Fashola, inspects newly constructed 1.5km, two-lane bridge on the border between Nigeria and Cameroon.

The bridge was completed in March 2021 at the cost of $35.9 Million, with both countries funding the project. 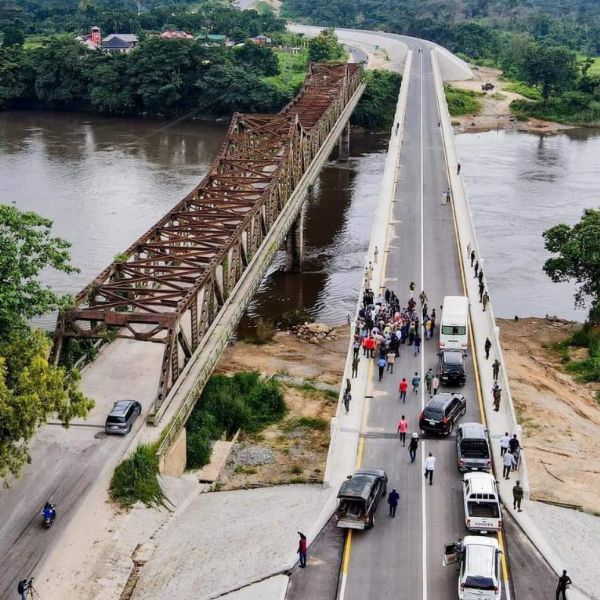 The project was completed in March 2021 at the cost of $35.9 Million and it comes four years after the two countries held groundbreaking ceremonies on April 28, 2017. 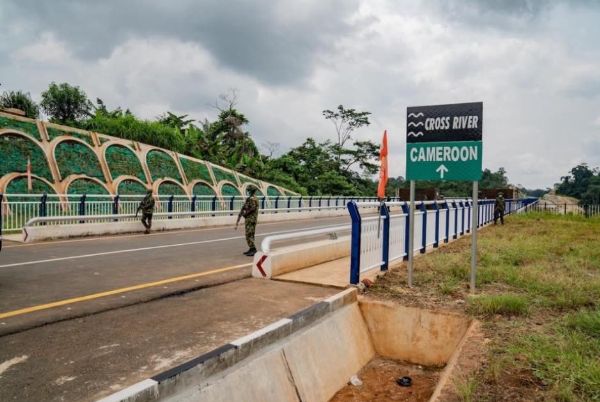 Funding of the road transport corridor was provided by Nigeria and Cameroon. Both countries had in March 2007 signed a memorandum of understanding (MoU) to seek funds from the bank and other development partners.

According to the minister, the new bridge will strengthen relations between both countries and improve cross-border security. 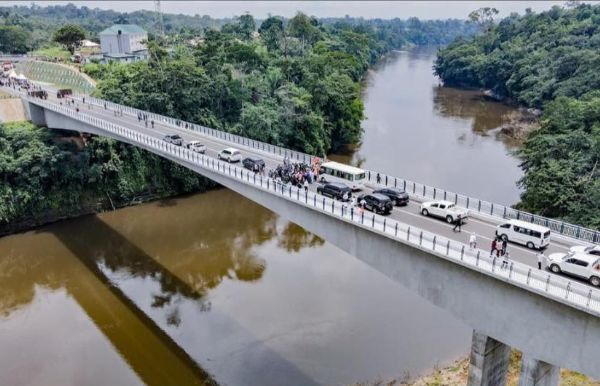 “This is the first shoot of the harvest of completed projects proposed as the administration enters the second phase of the second term on its way out,” he said.

“We have had a strong relationship with the Republic of Cameroon in terms of trade and business.

“If you go to Aba, Enugu, and Abakaliki for example, I can tell you that they are on the route that facilitates trade in agro-produce, merchandise, and manufactured goods from Aba in Abia state.

“You can only expect that this will improve joint border patrol, ensure security, more efficiency which you see from the first buildings formed out of the integration of ECOWAS and sister nations of what the continent should look like.

“Nigeria is now a signatory to the Africa Continental Free Trade Agreement. So this is infrastructure that positions both nations to take the benefit of the trade that agreement holds.

“It is really exciting. Looking into the future you can only see more business, more trade, and employment meant for people,”

On revenue generation, the minister said that the bridge was a social asset and that the happiness and prosperity of Nigerians was enough payment.

“These are social assets and we must understand that, the recurpment is the happiness and the prosperity of the people of Nigeria.

“For as long as our people are happy, they can travel easily, they can reduce their journey, safe time on the road because if you save time you save money and am sure the President is delighted,”