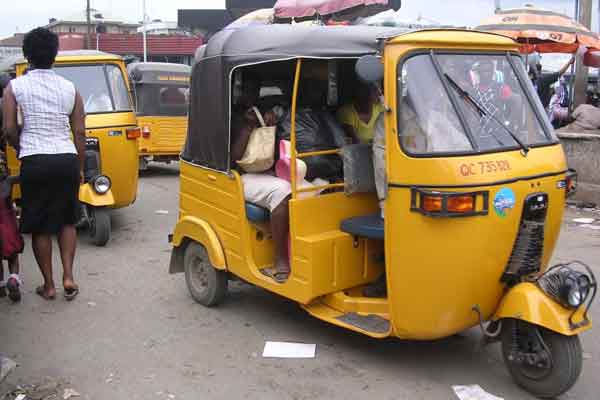 The Ogun State Police Command has re-arrested tricycle riders, Lawal Abdulraheem, Olalekan Azeez, Yunus Opeloyeru and one Fatai, who accused the Divisional Police Officer of the Awa Police Station of allegedly demanding a bribe to release their tricycles.

It was reported that the riders were on June 2, 2021, hired by a man to convey bags of cement he allegedly bought from a quarry in the Mowo area of Ijebu-Awa to Ijebu-Ode.

However, when the owner of the quarry met the tricycle riders where they were loading the bags of cement and enquired who sent them, the man who hired them reportedly took to his heels.

Abdulraheem said that he and his colleagues were subsequently arrested and detained at the Awa Police Station for 11 days, but when the quarry owner got to know that the riders were not the ones, who stole his cement, he told the police that he was no longer interested in pursuing the matter, but the DPO, Joshua Adewaleyinmi, allegedly asked them to bail themselves with the sum of N100,000 each.

Abdulraheem stated that after much plea from their families, the DPO collected the sum of N50,000 from each of them and insisted that they must pay another N120,000 each to collect their tricycles or they would be auctioned.

After the report, our correspondents learnt that the DPO invited the riders to the station on Saturday under the pretext of releasing their tricycles, but allegedly detained them after he forced them to sign statements written by the police before they got to the station.

A friend of the riders, who spoke on condition of anonymity, told one our correspondent on Sunday that the police had refused to allow the families to see the detainees.

He said, “We went to see the DPO on Friday, but he told us that he wanted to have a meeting with some expatriates from the quarry on Saturday and after that, he would release the tricycles to us. We were with the money demanded for the tricycles, but the DPO insisted that we should come back on Saturday.

“When we went to the station on Saturday, we didn’t meet the DPO, but we saw the DCO. We went to his office and he brought out some statements and read them to the riders and asked them to sign. After they had signed, he now detained them and said the CP had read their story and wanted them to come to Eleweran in Abeokuta.”

However, the police in a statement on Sunday, accused the men of stealing 300 bags of cement.

The statement by the state Police Public Relations Officer, Abimbola Oyeyemi, accused them of jumping the bail granted them by the DPO.

The statement read in part, “The suspects were arrested and granted administrative bail, while the strike embarked upon by the judicial staff workers was in progress. The trio later jumped bail and went ahead to accuse the DPO of demanding a bribe from them, saying their refusal to budge made the DPO not release their tricycles.

“They were subsequently traced to their hideout in Ijebu-Ode, where they were re-arrested on June 26, 2021.”

Oyeyemi quoted the state Commissioner of Police, Edward Ajogun, to have ordered that the suspects be charged without further delay.