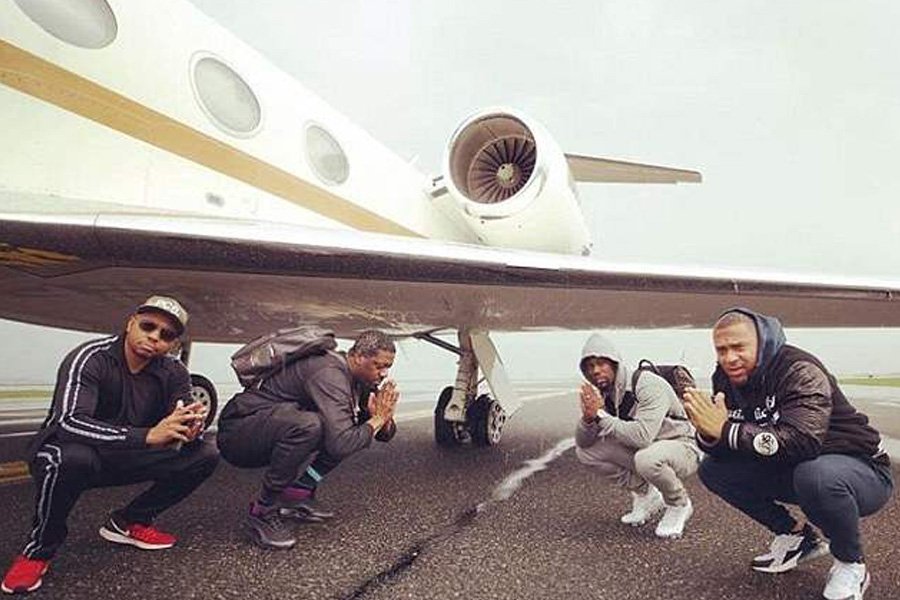 It was a scary moment yesterday for popular comedian and actor, Kevin Hart, when his private jet burst a tyre as it landed at Boston’s Logan Airport.

The comedian was traveling in company of fellow comedians, Na’im Lynn, Spank Horton and a stylist, John Burgandee,

Hart later posted a photo on Instagram showing the four of them squatting down by the wing of the plane with hands clasped in prayer.

‘God is Good with a capital G…Had our first serious Airplane scare today. Our planes tire busted on one side as we were landing and s*** got real for a second. No body was harmed…Our pilot handled the situation perfectly.’

‘Once again God is GOOD!!!! #Blessed ….P.S you Can tell that spank is still shaken up by the way he is posing,’ followed by several laughing emojis.

It was reported that Kelvin Hart traveled to Boston for Game 2 of the NBA playoff series between the Philadelphia 76ers and Celtics, 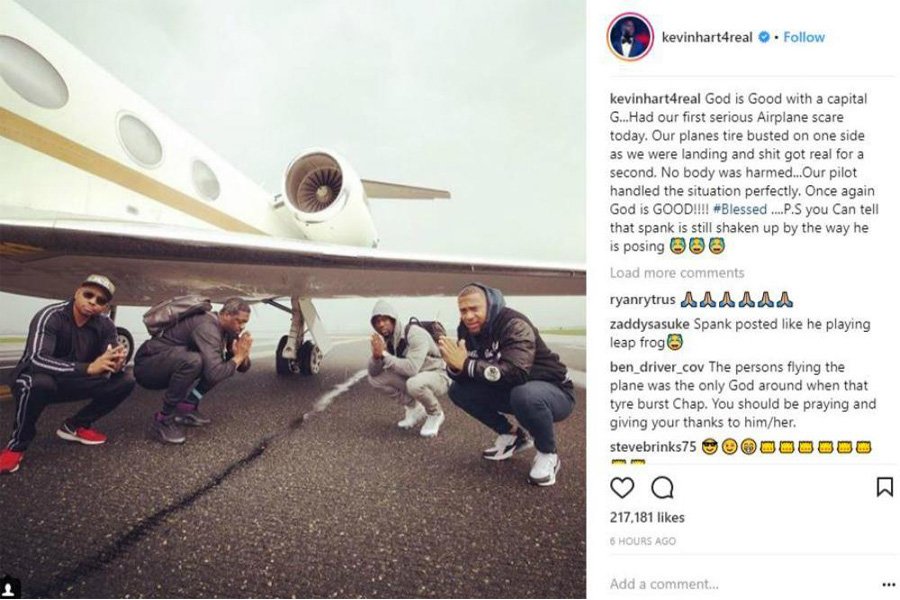 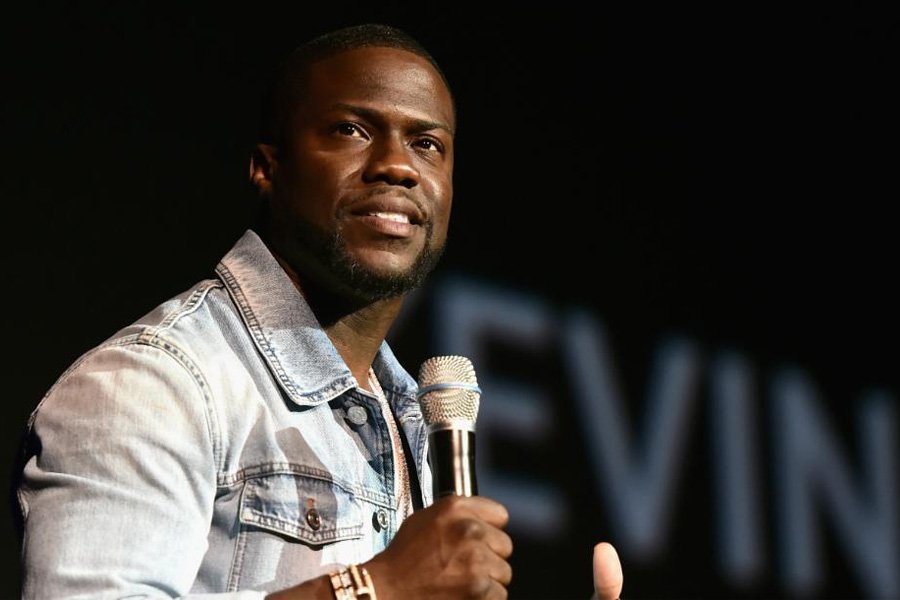