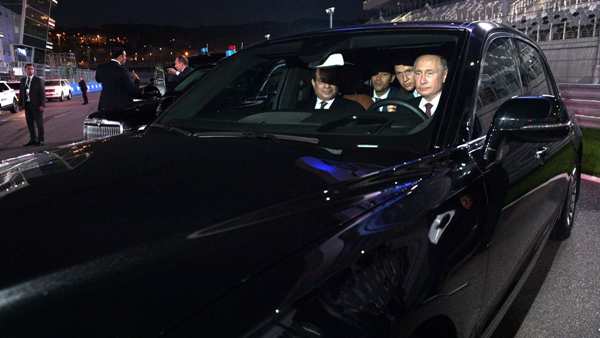 The first citizen of Russia, President Vladmir Putin, held an official talk with Egyptian President Abdel Fattah el-Sisi. Afterwards at the Sochi Autodrom race track, the president of Russia gave the president of Egypt a ride around the course in an Aurus Senat Limousine.

The Aurus Senat which the presidents rode in was a full-on armoured limo version. The limo’s comes with a 4.4-litre V8 hybrid powerplant. This will be able to take the Senat from 0-60 mph in less than six seconds. It wouldn’t have been easy for the bad boys to get at them. 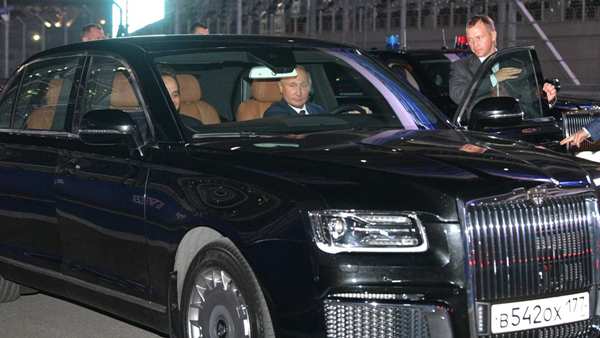 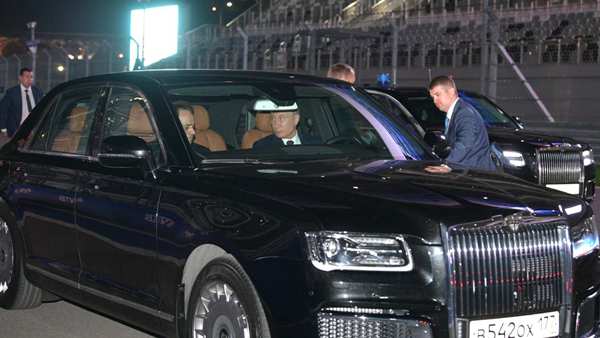 It was a test drive and President Vladimir Putin decided to pilot the ride. He proceeded to the driver side of the Russia’s posh sedan and had a good track time with his co-president. El-Sisi was his right hand man and took station in the front passenger seat. 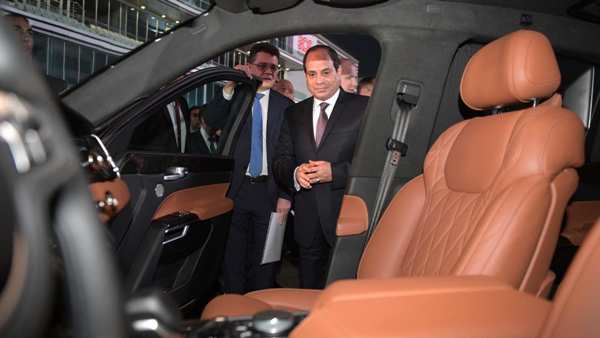 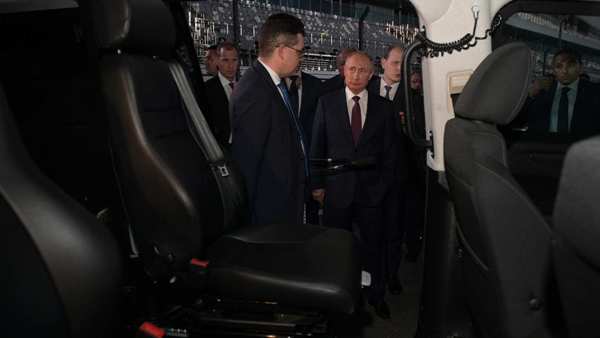 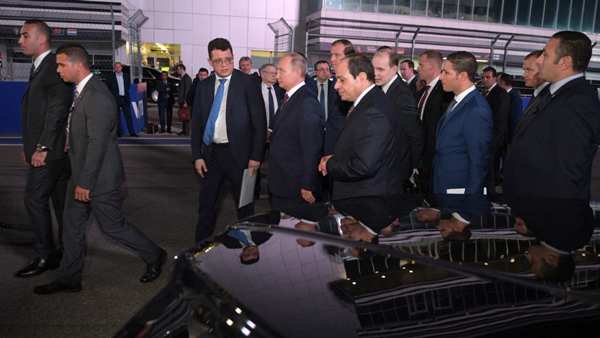 I Intentionally Bashed A car To Get Help, But None came – Lagos Lawyer Attacked By Traffic Robbers