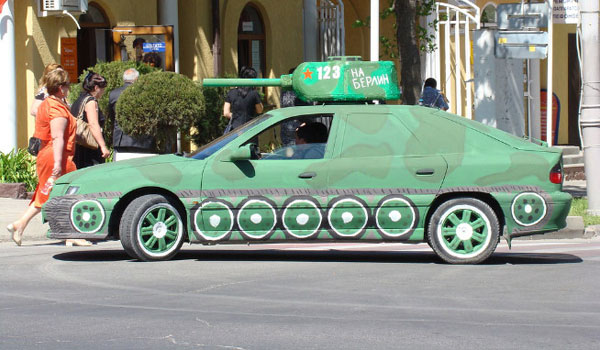 There have been numerous tales about Russia, the roads there and their traffic. war tanks

For instance, there is a popular belief that it is illegal to drive a dirty car in Russia. Well, it has been revealed that the story is not true. However, it is an offence to drive with a dirty number plate, just as if it is in some countries.

However, driving in Russia can be a frustrating experience. There are tales of how motorists have to contend with lengthy traffic jams, poor road maintenance and random police inspections.

Russia also has a poor road safety record compared to other European countries, although this varies geographically.

In Russia, there is now an internet platform called the Association of All-Terrain Vehicles where it is possible to buy actual military vehicles, including tanks.

Yes indeed, you heard it right. You can own a T-34, World War II tank once used by the Soviet army to storm Berlin.

However, one thing to bear in mind before buying a T-72 is that the vehicle guzzles about 450 litres of diesel every 100 km. 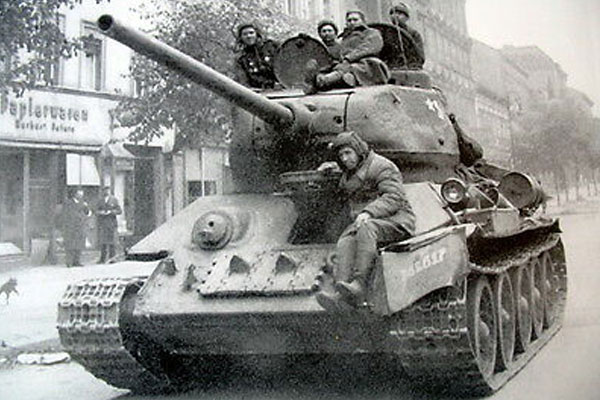 Well, for Russians who wish to own a tank, but cannot afford the actual one, there is an alternative: convert your car to a tanker.

This is exactly what many Russians are doing. There has become a weirdly growing obsession with turning their cars into tanks.

Scroll down and enjoy photos of some cars that some Russians have converted to war tanks. 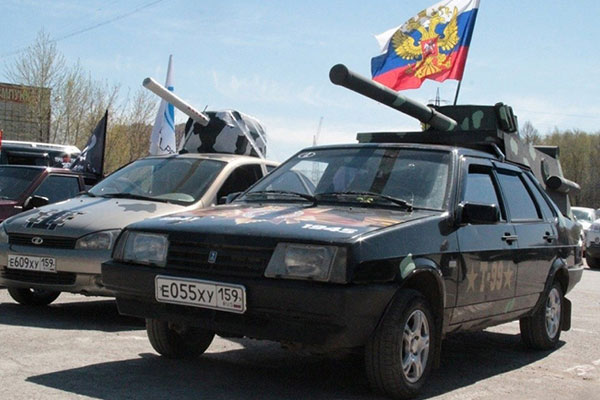 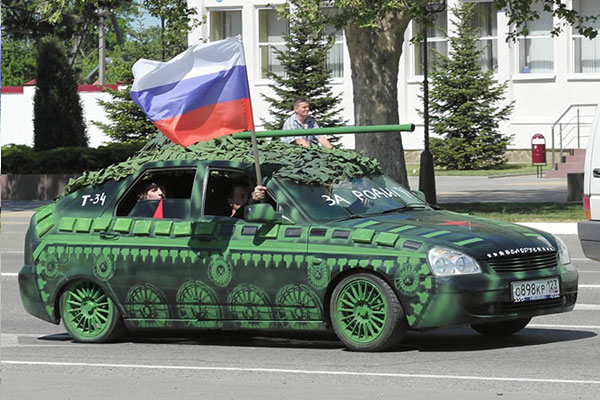 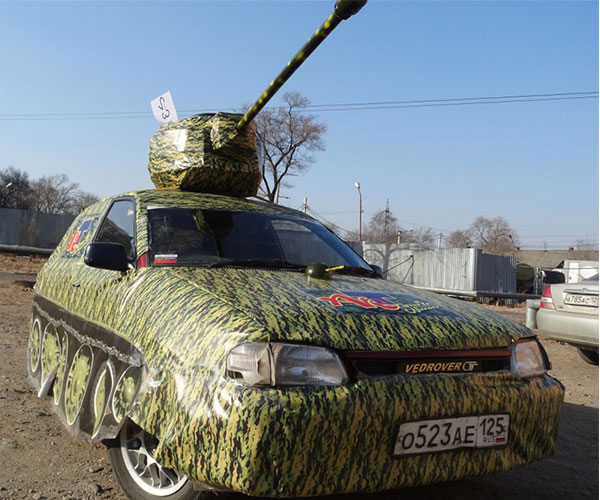 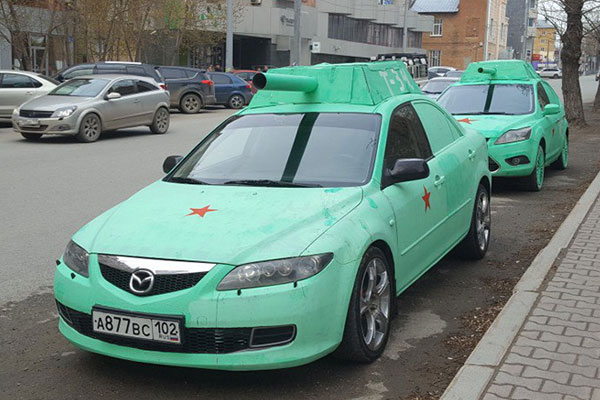 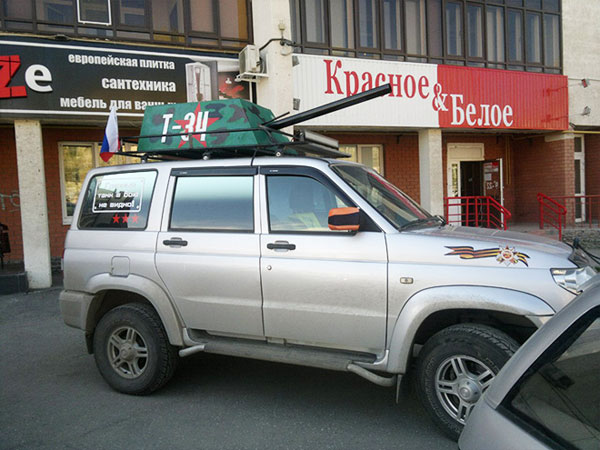 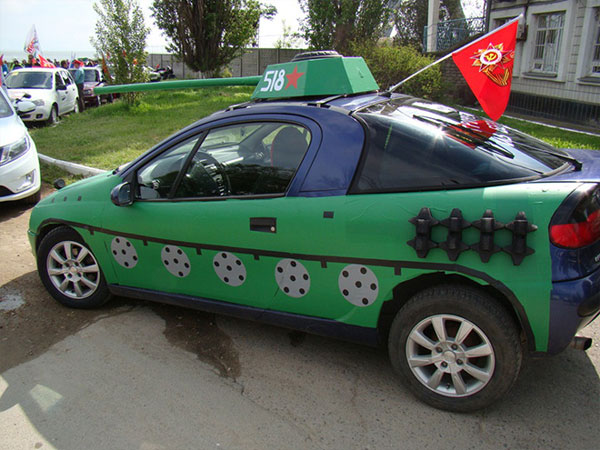 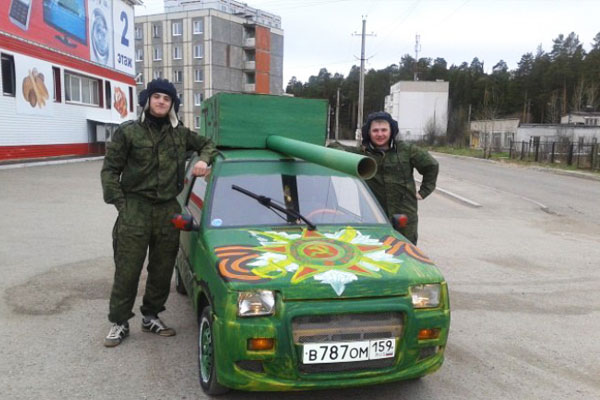 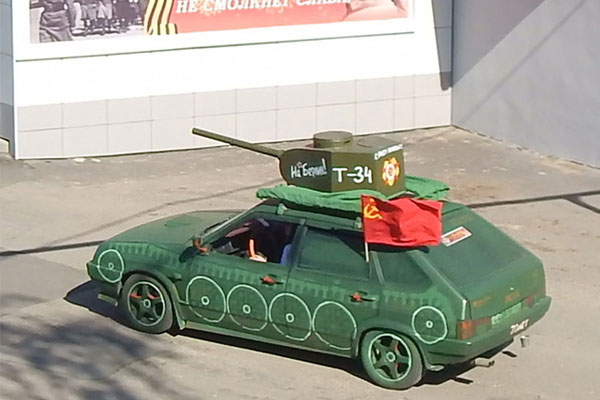 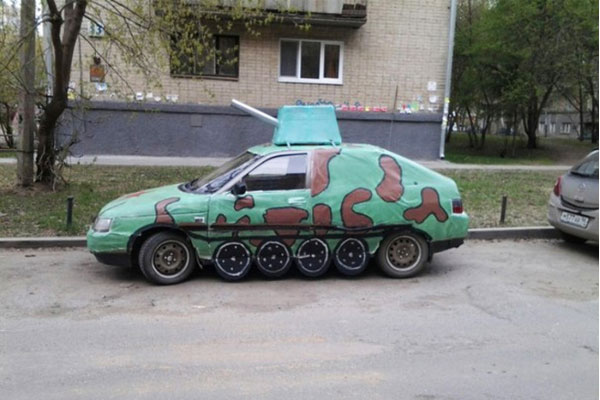 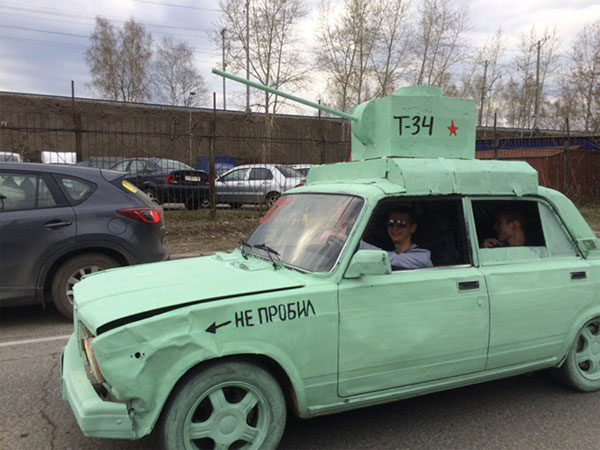 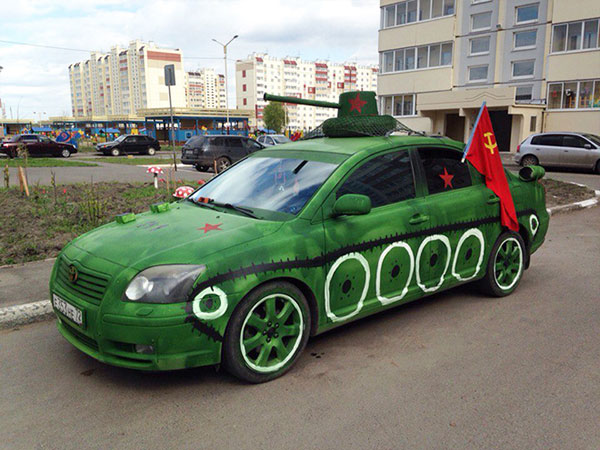 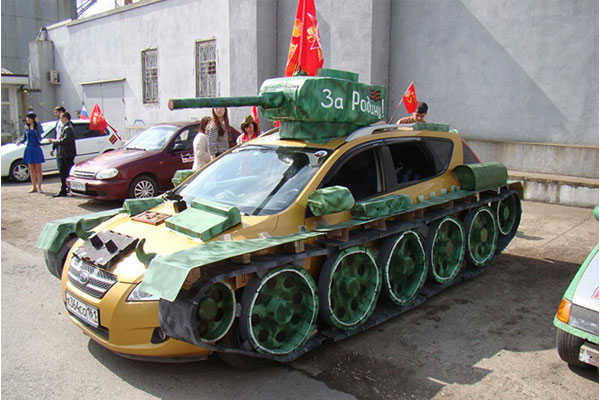 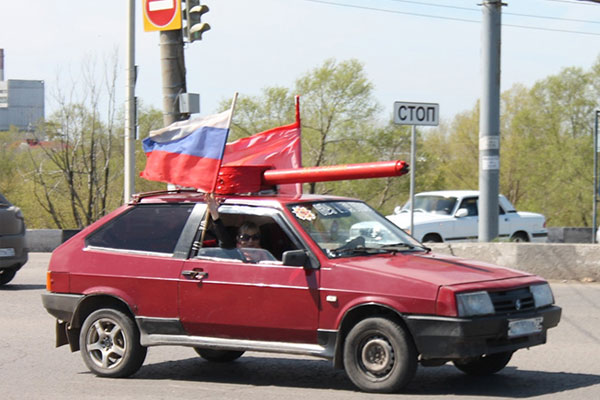 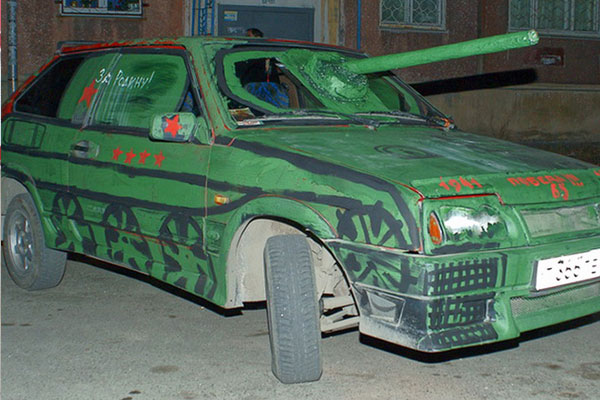 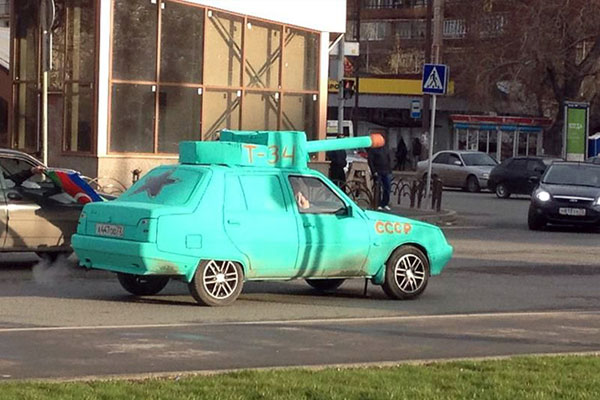 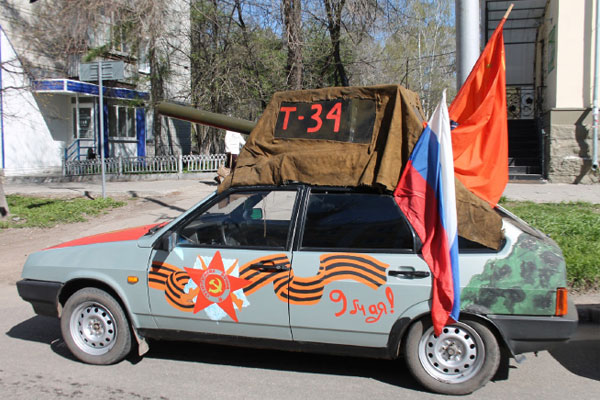 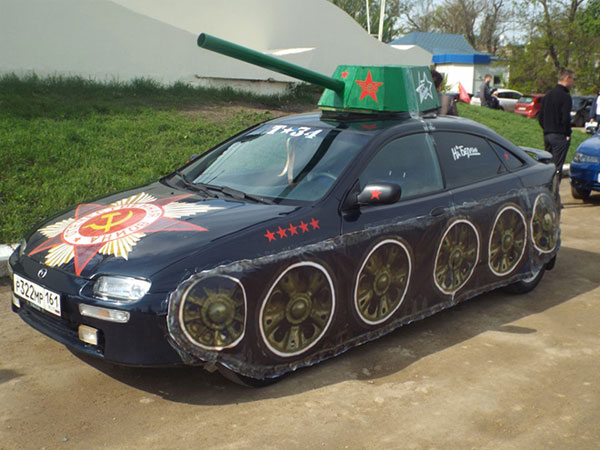 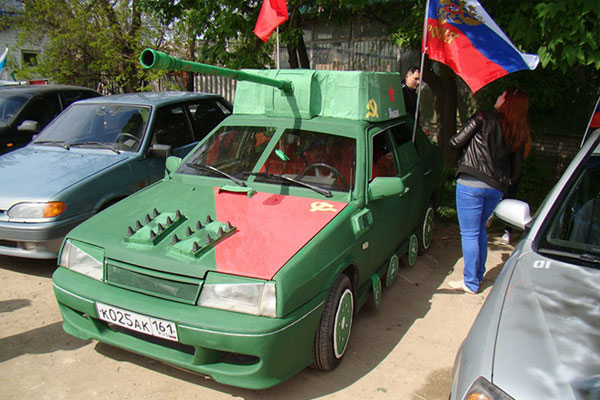 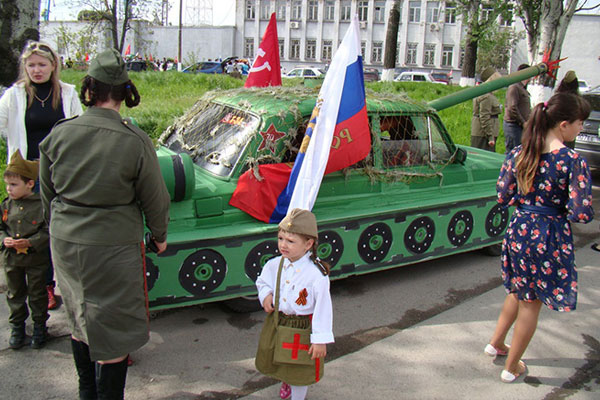 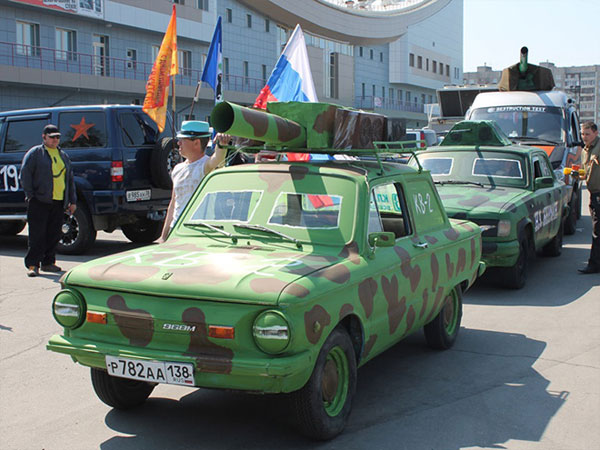 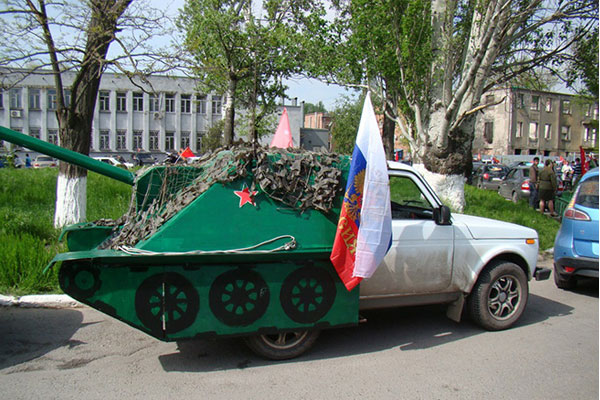 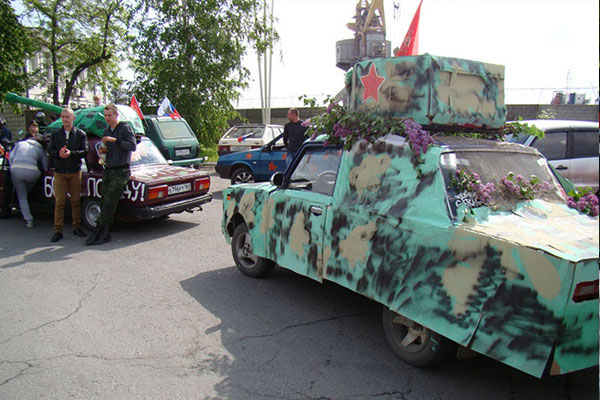 Driving In Lagos Is War. Here Are The Weapons You Need To Win

Khaz Has Done It Again With This Mercedes-AMG GTS Customization