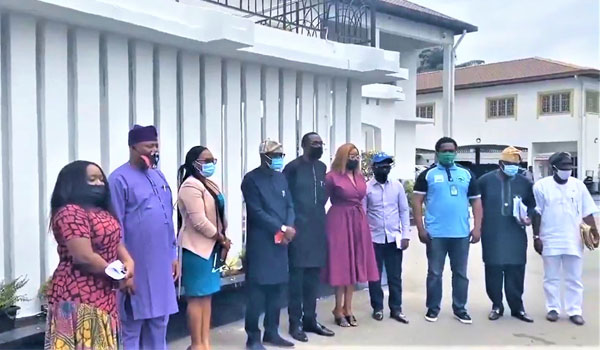 The Lagos State Government has reached an agreement with ride-hailing companies like Uber, Bolt, and several others.

The agreement was reached at a meeting with E-Hailing Ride stakeholders.

The meeting which held at the Lagos House, Marina was chaired by the Governor of Lagos State, Mr Babajide Sanwoolu.

Part of the resolution arrived at was that drivers of ride-hailing companies are expected to have a Lagos State Drivers’ Institute (LASDRI) card.

Also, there must be comprehensive insurance cover which will cover drivers and passengers.

Mr Gboyega Akosile, the chief press secretary to the Lagos State Government, made this known in a series of tweets.

In the tweet, Akosile said, “Today, The Lagos State Govt had a meeting with the E-Hailing Ride Stakeholders which was chaired by the Governor of Lagos State, Mr @jidesanwoolu at the Lagos House, Marina”.

According to Akosile, the following resolutions were made which was agreed by ALL Parties:

These regulations on the ride-hailing companies operating in Lagos State are set to be enforced from August 20, 2020. 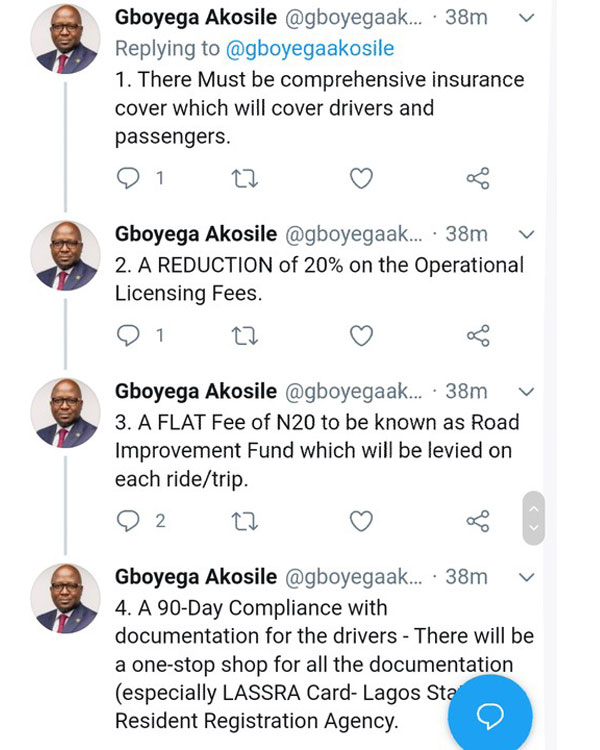