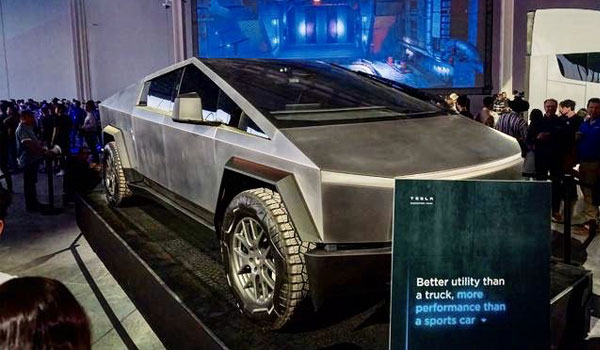 Tesla made a surprise appearance in the Formula SAE race at Michigan International Speedway this past weekend with a surprise demonstration of its Cybertruck pickup prototype.

It was a typical Elon Musk move to remind Ford and General Motors that Tesla still owns the electric-vehicle market and will soon challenge their Ford F-150 Lightning and Chevrolet Silverado EV with its own pickup truck, which is only 65-75 miles away from the tri-oval track in the small town of Brooklyn, Michigan.

Musk stated that the Cybertruck would be available by 2021 when he debuted it at a Tesla event in 2019, but no one who has followed the firm for the past dozen or so years would be surprised by the company’s regular missed deadlines.

To be fair, Tesla is not blaming computer chip shortages for any product delays. In fact, by sourcing its own semiconductors, it has avoided the manufacturing shutdowns that have harmed “old” automakers during the pandemic.

“Next year” is optimistic at best for the Cybertruck’s arrival. Even if you’re one of the earliest customers to plunk down a cash deposit for the origami-style EV pickup, you won’t see it any earlier than December of 2023, an industry competitive analyst says. That indicates most early deliveries will not happen until 2024. 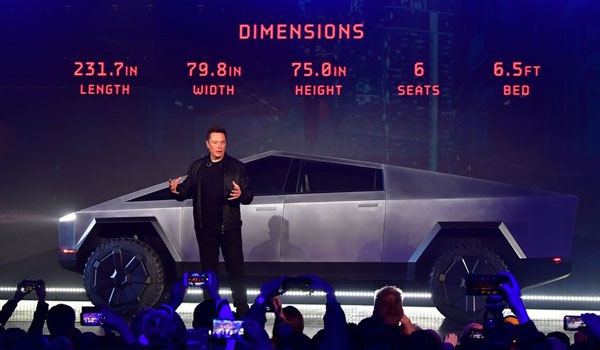 Meanwhile, Ford has started making the F-150 Lightning electric truck, with first sales expected before the end of the year (though the company is no longer taking orders for the 2022 model). The Chevy Silverado EV has been designated as a 2023 model, with deliveries set to begin next year.

While Musk assured the adoring Cyber Rodeo audience in Austin that the Cybertruck on the giant video screen behind him is real and not CGI, our source claims that the CEO has a long list of changes he wants made to the truck before it goes on the market—a potential excuse that is typical of the perfectionist-genius-madman. Details about the Rivian R1launch, T’s as well as other EV truck competitors in the works, must have piqued Musk’s interest.

While the Cybertruck’s design of flat sheetmetal panels welded or industrially glued together harkens back to the assembly plant-friendly corrugated sheetmetal of the 1947-81 Citroen Type H van, our competitive analyst-source claims that some exterior details make building the pickup more difficult than its design suggests.

Tesla’s manufacturing strength has always focused on its ability to efficiently create and upgrade batteries and computer controls, while the company’s body construction procedures have been on a steady learning curve, and it now promises a “virtually indestructible” exoskeleton and cold-rolled steel. Why not drop the Cybertruck from the future product portfolio, with all those “legacy” manufacturers going into the electric pickup truck industry, and Rivian having learnt how to construct trucks before it actually started building trucks?

Uber Is Experimenting With Using Robots To Deliver Food