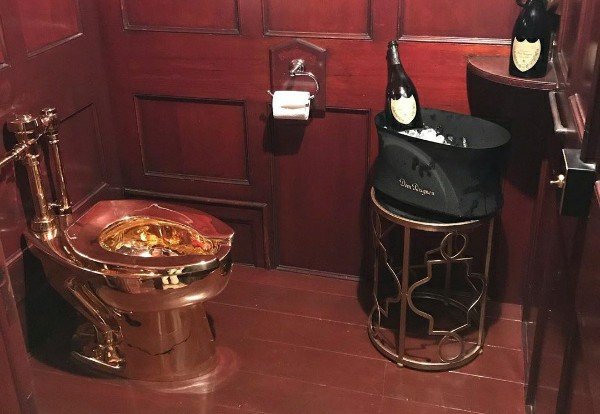 Police spokesperson, who confirmed a 66-year-old man has been arrested in connection with the incident, said:

“The piece of art that has been stolen is a high value toilet made out of gold that was on display at the palace.

“Due to the toilet being plumbed in to the building, this has caused significant damage and flooding.

“The artwork has not been recovered at this time but we are conducting a thorough investigation to find it and bring those responsible to justice.

The Duke of Marlborough’s half-brother and founder of the Blenheim Art Foundation Edward Spencer-Churchill told the Times:

“Despite being born with a silver spoon in my mouth I have never had a s*** on a golden toilet, so I look forward to it.” 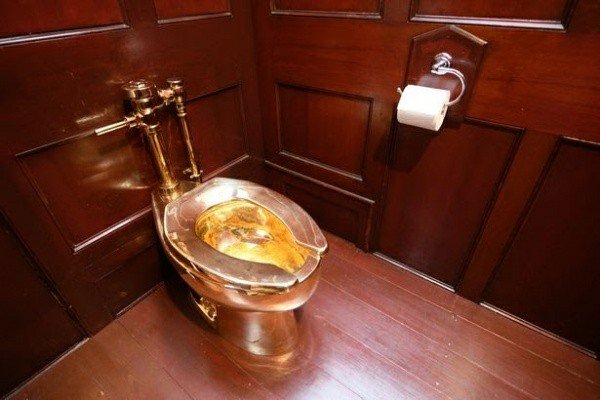 The fully-functioning 18-carat toilet was created by Italian artist Maurizio Cattelan. It was once offered to United States President Donald Trump who turned it down.

You could even open a dealership and stock it with 79 brand new Toyota Camrys — all prices before destination and clearing.

What Other Things Would You Love Buy With The £1 million Price Tag?

The ₦5.5b Budget To Buy New Cars For Senate Principal Officers Can Equip The Nigerian Police Force With 36 Helicopters