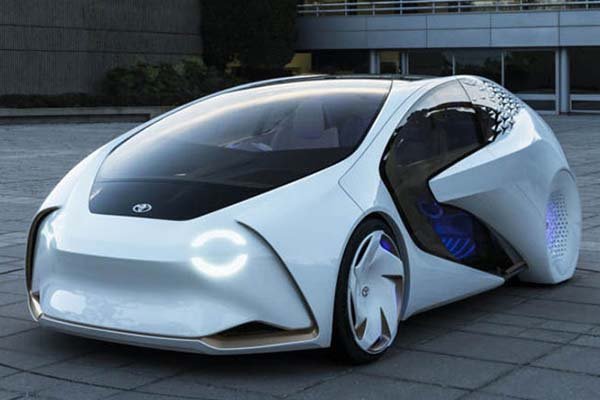 Amid show offs and show ups at the Consumer Electronics Show in Las Vegas, Toyota tuned spectators to its Concept-i technology. This future car has all the hallmarks of fantasy auto show stuff: weird doors, no side mirrors, big wheels, “Minority Report” style user interface, and so on.

Developed at Toyota’s CALTY Design Research in Newport Beach, California, with help from Toyota’s San Francisco folks, the concept is heavily based on the notion of artificial intelligence for cars. We’re not sure how sophisticated the Concept-i’s AI system actually is, but the intention is there: safety may best be left to the robots first, people second.

We’re clearly a long way from AI in cars, but flip-flopping who’s in charge of the steering wheel and when? That may not be so far off. Automakers have long had attention-assist services and we’re right on the cusp of nearly full self-driving cars taking to public roadways. Marrying the two systems together is a novel concept.