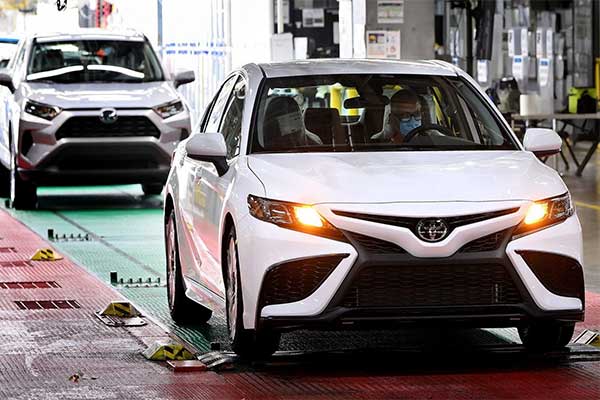 Toyota Kentucky recently rolled out its 10 millionth Camry at the company’s Georgetown plant. This year, the plant celebrated its 35th year in the Commonwealth, and company officials said producing the landmark white 2021 Toyota Camry SE capped a “milestone year.”

“The Camry is about as American as you can get, and it’s definitely Toyota Kentucky,” the plant’s president Susan Elkington said. “A Toyota Kentucky team member is a team member that gives their heart and soul into every single one of those vehicles because they know that families are trusting their lives in them.”

These milestones come in the midst of a global microchip shortage that forced other car manufactures, like Ford in Louisville, to slow or halt production. 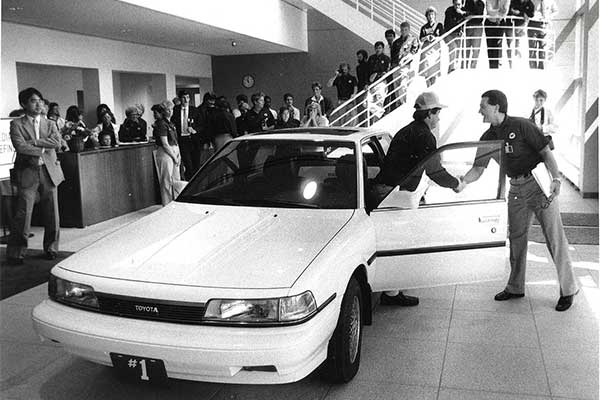 The 1st Camry Assembled At The Toyota Kentucky Plant In 1988

“Due to COVID-19 and recent unexpected events, Toyota is likely to experience an additional supply shortage that will affect production at some of our North American plants,” said Justin Posey, communications analyst at Toyota Kentucky. “While the situation remains fluid and complex, our manufacturing and supply chain teams have worked diligently to develop countermeasures to minimize the impact on production.”

Despite this, Toyota as a company reported significant increases in its 2021 U.S. sales compared to 2020.

Toyota Kentucky team member Greg Newby helped produce the plant’s first Camry in 1988. He said he is confident Toyota Kentucky will be around for years to come.

“I trust the fact that what the industry needs, we’ll be able to supply here in Kentucky,” he said. 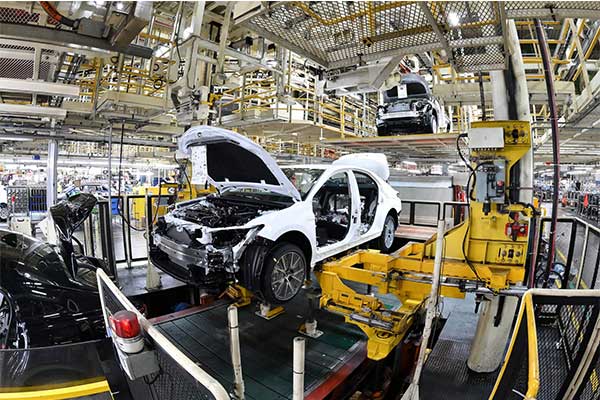 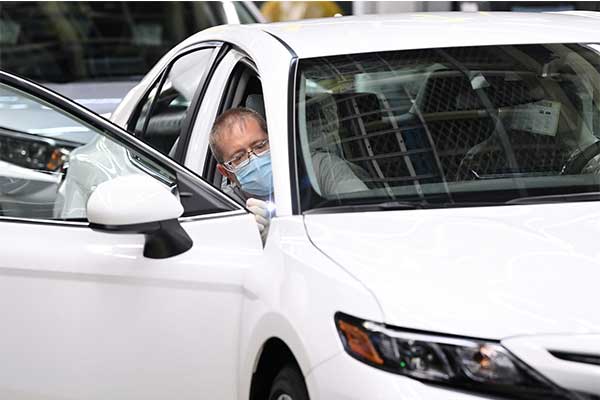 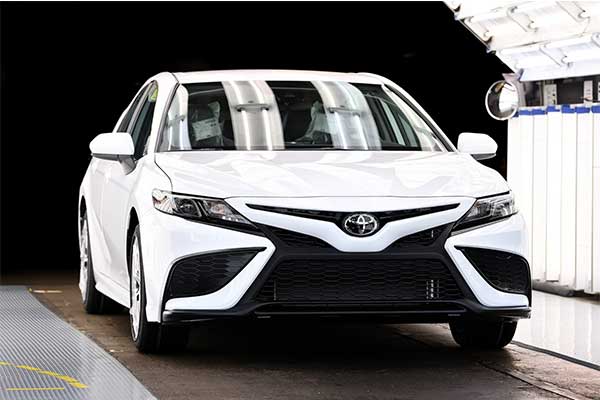