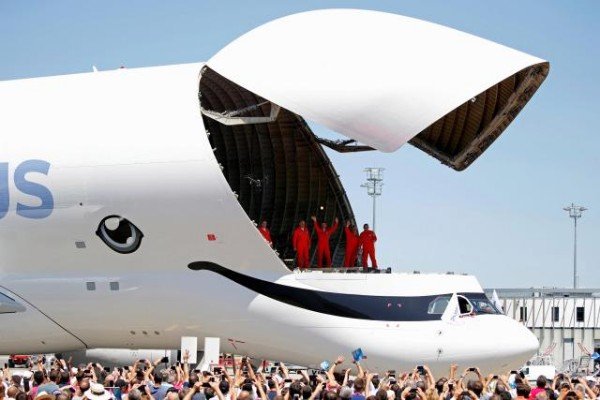 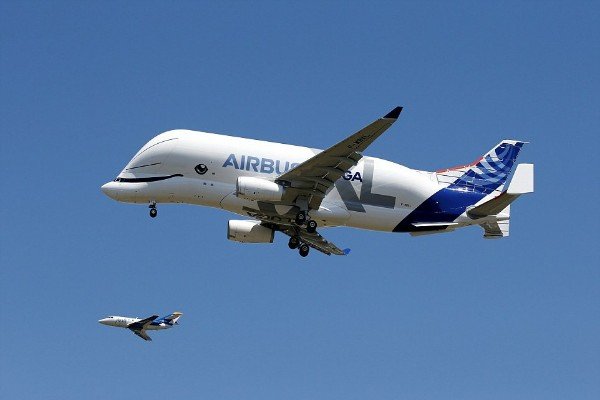 One of the biggest planes in the world , the Airbus’s Beluga XL(Extra Large) aircraft nicknamed the “whale in the sky” took off for the first time on Thursday from Toulouse Airport in France.

The oversized transporter, derived from the A330 jetliner, will be used for carrying complete sections of Airbus aircraft from different production sites around Europe to the final assembly lines in Toulouse, France and Hamburg, Germany. 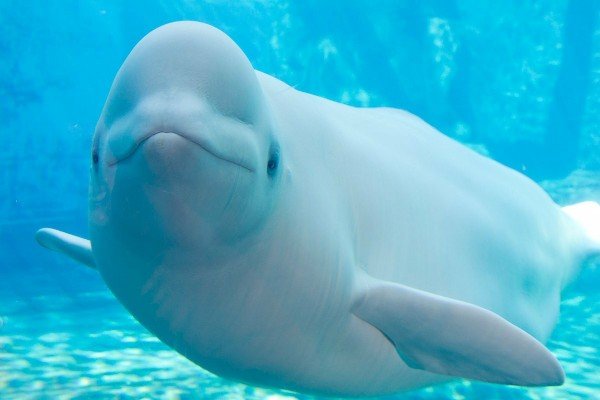 The 53 tonnes (117,000 lb) payload aircraft will be able to carry both wings of the A350 XWB jetliner at once, instead of the single wing the smaller BelugaST can carry . That’s an extra 30 per cent capacity over the current Beluga planes (pics below) that it will replace. 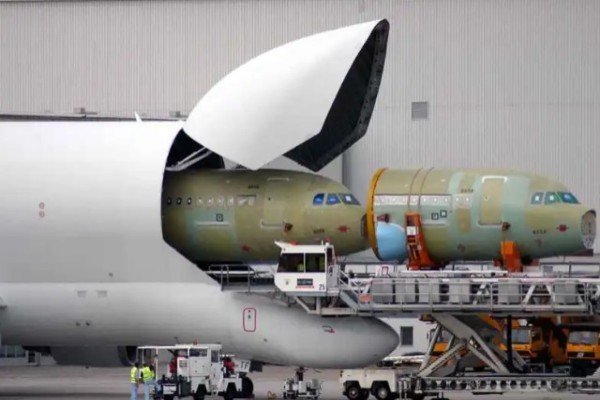 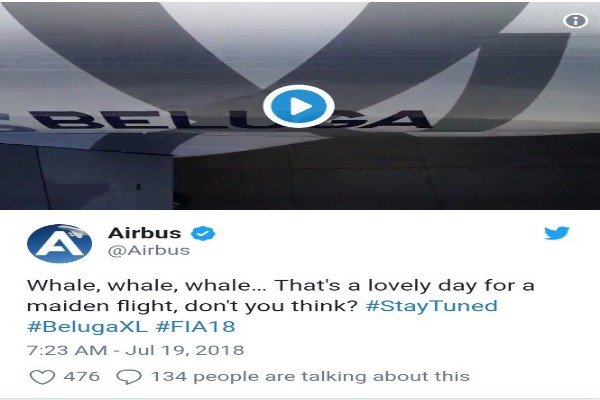 Other oversized cargo planes around the world includes the Antonov An-225 Mriya ( with world record single-item payload of 418,830 pounds and record for total airlifted payload of 559,580 pounds ) ,Lockheed C-5 Galaxy (the largest aircraft operated by the U.S. military with 240,000 pounds payload) and The Boeing 747-8 Dreamlifter (max. payload capacity is 250,000 pounds. 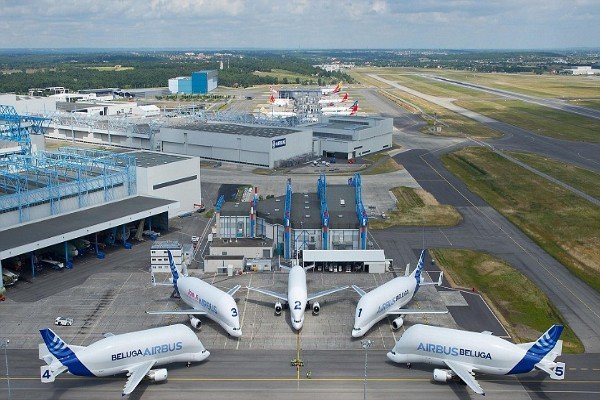 The first BelugaXL aircraft will enter service in 2019 operating with the existing five smaller A300-600ST Beluga fleets (pics above), before they are retired in 2025 by 5 new BelugaXLs .