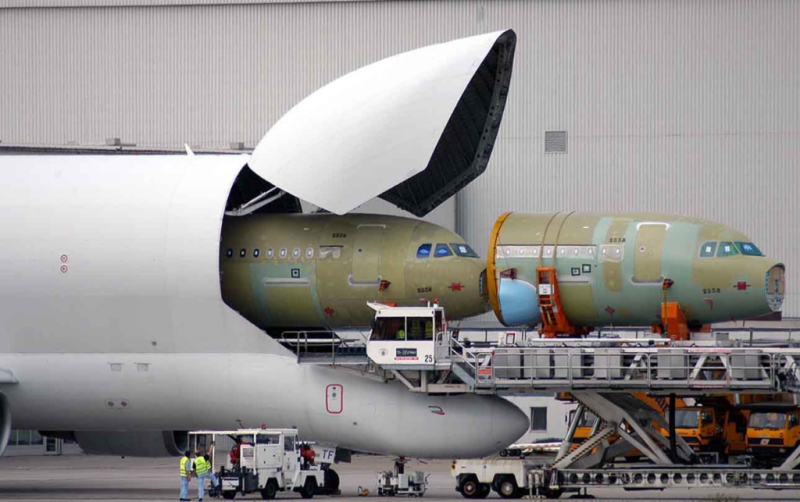 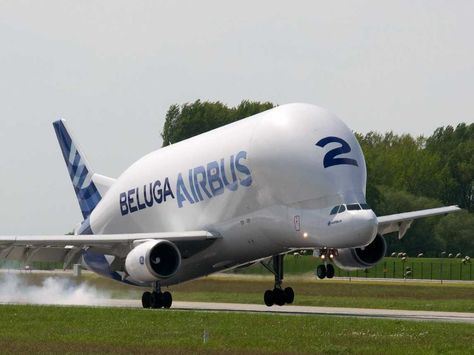 The Airbus A300-600ST(ST stands for Super Transporter), better known as the Beluga,is one of the strangest-looking yet important planes ever created.

The Beluga,featuring one of the most voluminous cargo hold of any aircraft,civil or military,offers a unique method for transporting oversized air cargo.

Airbus Beluga was designed as a heavy cargo aircraft to ferry parts of Airbus planes to various assembly lines around the world. Beluga is capable of carrying wings of an A340 airliner,the fuselage of its newest widebody A350 and complete sections of aircraft.

The Beluga which gets its name because of its resemblance to the white Arctic whale made its maiden flight from Toulouse,France in September 1994.Since then,the number of flight hours per aircraft has increased to over 10,000 flight hours.This increase comes as a result of the success of Airbus.

In addition to the first aircraft,four more Belugas were constructed at a rate of roughly one per year-from start to finish,each airframe reportedly took roughly three years to complete.

Today,more than 60 flights are performed each week carrying complete sections of aircraft,produced at various sites around Europe,including wings produced at Broughton to the final assembly lines in Toulouse,Hamburg and Seville.

The Five Belugas currently in operation are Airbus A300-600 jets that have been modified to carry large cargo. They share many design similarities,although substantially differing in appearance.

Its cockpit was lowered,making it possible for the cargo hold to be loaded and unloaded through the front of the aircraft.

The result is an incredibly spacious cargo hold of 1,400 cubic metres,equivalent to 671 people,36 cars or seven elephants.

In comparison with the Super Guppy,the payload was more than doubled and the volume increased by more than 30 per cent.

Beluga can carry the wings of an A340 airliner or a fuselage section for Airbus’ newest wide-body aircraft,the A350 but it’s not large enough to transport many A380 super jumbo parts.Those need to travel by boat,barge and road.

To support production rate increases,Airbus is expanding its existing A300-600ST fleet with the development and production of five new Beluga aircraft (Beluga XL) which will be based on the Airbus A330 derived from the company’s versatile A330 widebody product line.

The first A330-based Beluga XL aircraft is planned to enter service in mid-2019 operating in parallel with the existing five-aircraft A300-600ST fleet,which is to be progressively retired through 2025