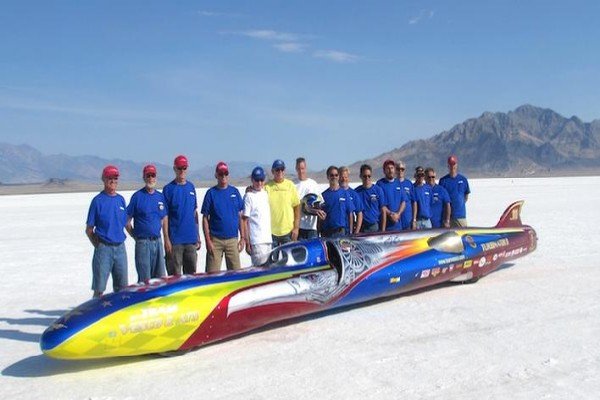 The car was so fast (even faster than many aircraft could fly) that it finally came to a complete stop after over 2 minutes and a distance of 7.8 miles with the help of twin parachutes . 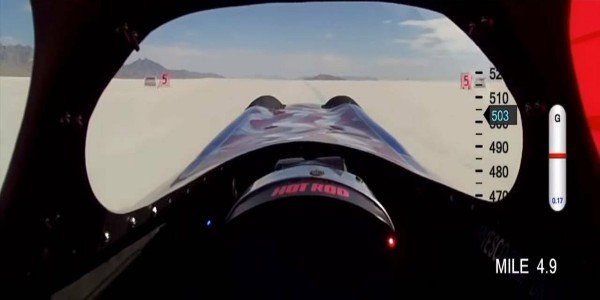 But this 503mph run doesn’t count as a new record (so it is unofficial ) because it was only recorded in one direction. Wet weather condition prevented the run in the opposite direction . 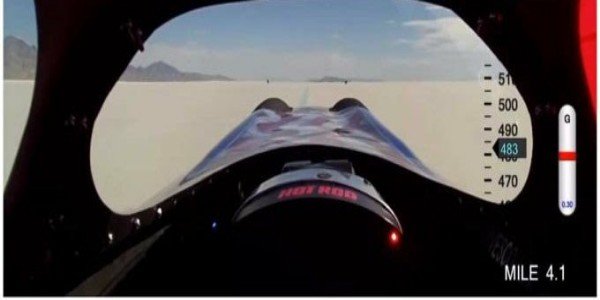 The Turbinator II still holds the world’s fastest wheel-driven vehicle record of 482.646 mph set at an earlier run in September 2018.

The over 5000 horsepower 36-foot long car was powered by a Chinook helicopter engine .

The wheel driven car differs from famous land speed record vehicle Bloodhound SSC as it wheel-driven while the “non-driven wheels” Bloodhound SSC,that combines technology from motorsport, space travel and a fighter jet , is powered by a jet engine and a rocket engine. 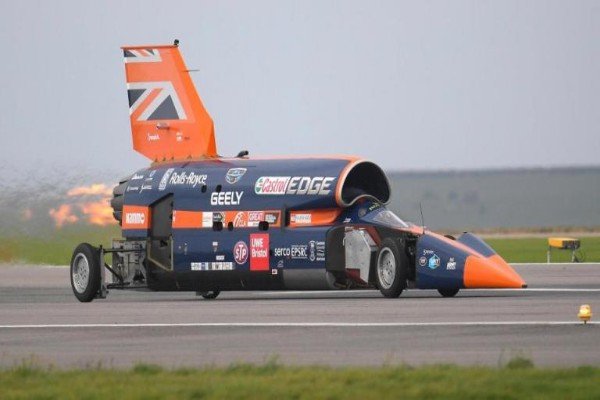 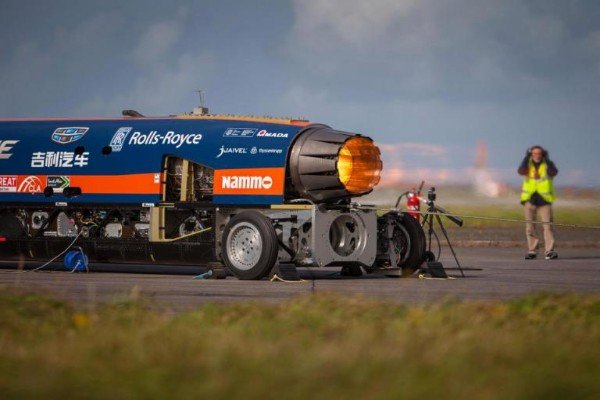