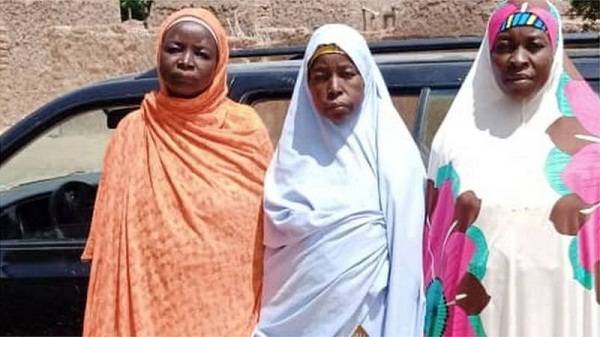 Women in Bordo village in Jigawa state made contributions to buy a car for transporting pregnant women to the nearest clinic.  A Nigerian journalist, Abubakar Jari, made the revelation of this commendable and rare initiative on Twitter

In his tweet, he narrated how some women in Bordo village of Jahun LGA in Jigawa State made contributions to buy  a car to convey pregnant women to the nearest clinic.

Women in Bordo village of Jahun LGA in Jigawa State contributed N1000 each & bought a N1 million car that is being used to take pregnant women to the nearest clinic (29 KM) when they are in labour. 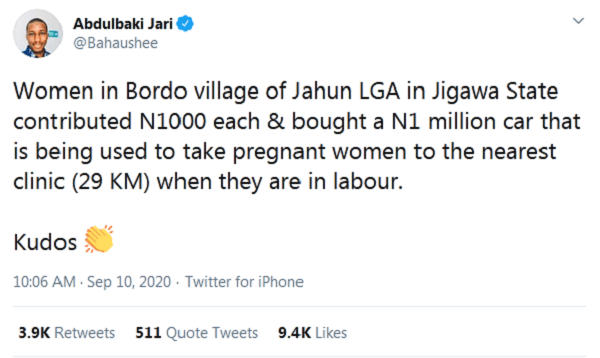 However, Malama Halima who is the woman that led the initiative, told BBC that every woman in the community made N1000 contribution to arrive at the N1 million.

According to the women, transportation is a very serious problem pregnant women face in the community. The nearest hospital in the community is 29 kilometers away and the roads are bad.

The car they bought with the N1 million is a Volkswagen Wagon. 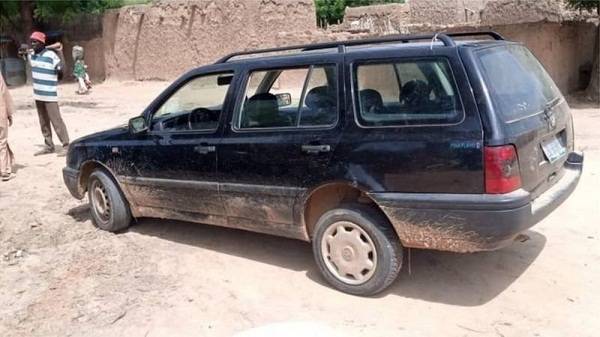 N81.9m First-class Minivan, This Ultra-Luxurious Lexus LM Is A Private Jet On Wheels