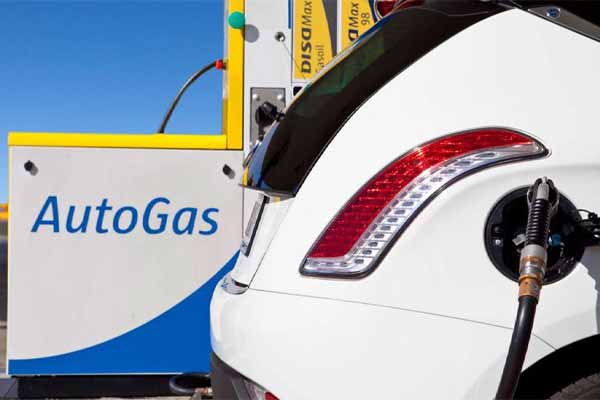 The Federal Government of Nigeria has revealed that its Autogas program. It is expected to deliver at least 1 million vehicle conversions by the end of next year. The implementation of this program by the government will herald the clean energy transition for Nigeria. It will also make transportation cheap.

This was disclosed on Sunday, November 29, 2020, by the Federal Government via tweets on its official Twitter handle. 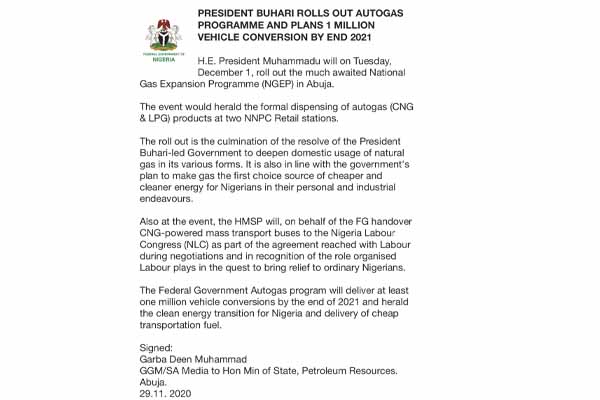 The rollout is the culmination of the resolve of President Muhammadu Buhari-led government to deepen domestic usage of natural gas in its various forms. It is in line with the government’s plan to make gas the first choice source of cheaper and cleaner energy.

The government also stated that there will be a commencement of formal dispensing of Autogas (CNG and LPG) products at two NNPC retail stations.

In addition, there will be a handover of CNG-powered mass transport buses to NLC. This is in fulfilment of the agreement during recent negotiations buy spotify plays. This agreement was reached with labour during negotiations and in recognition of the role organized labour plays in the quest to bring relief to ordinary Nigerians. All in all, this is a welcome development by the Federal Government. We can only hope that the implementation takes place as scheduled. 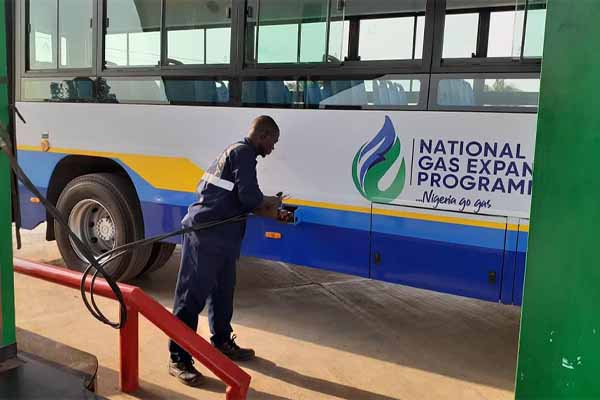 From Kwam 1 To Linda Ikeji, Here Are 10 Nigerian Celebrities Who Acquired Luxury Cars In 2020