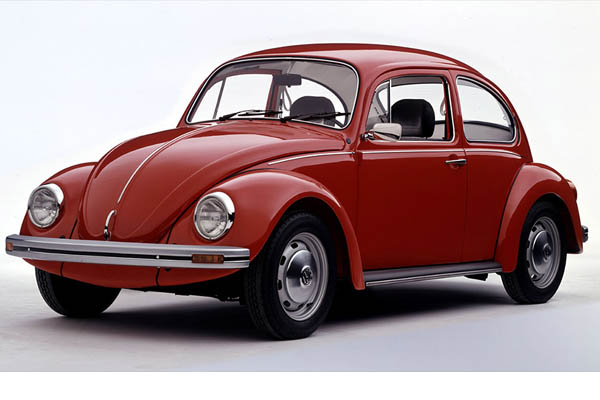 Popularly known as Ijapa (Tortoise) here in Nigeria, the Volkswagen Beetle was one of the most desired vehicle in its time.

How much do you really know about this vehicle, that made villagers envy and worship anyone who could afford it those days ?

Let’s find out some facts.

Adolf Hitler(yes, the same Hitler), played a role in the birth of the VW Beetle .He wanted a “people’s car” that German families could afford.

Hitler enlisted the services of Ferdinand Porsche (yup, the same Porsche you are thinking about ), to make this legendary machine.

Making it the longest produced vehicle in history!.

Just like Nigeria calls it “Ijapa” (Tortoise) almost every country has a nick name for it. In France they call it “Coccinelle” which means ladybug. Italy calls it Beetle but in their own language it’s “Maggiolino”. Bolivia calls it the “Peta”, which means turtle, and Indonesia uses “Kodak” (frog).

The VW Beetle was designed in 1925 by a 18 year old Hungarian student, Bela Barenyi.She is recognized for designing the basic foundations of this car.

According to Wikipedia, Volkswagen Beetle had just two assembly plants in Africa, one in South Africa(Uitenhage) and the other in Nigeria(Lagos)

The blue whale’s heart is about the size of a VW beetle.

In 1949 VW Beetle convertible was produced, in 1950 Beetle became the best-selling car of the decade with a market share of 40%.

The millionth Beetle was built in 1955.

Hope you added something to your library of facts.

10 Amazing Facts About The Automaker Ford

8 Things You Didn’t Know About Lexus