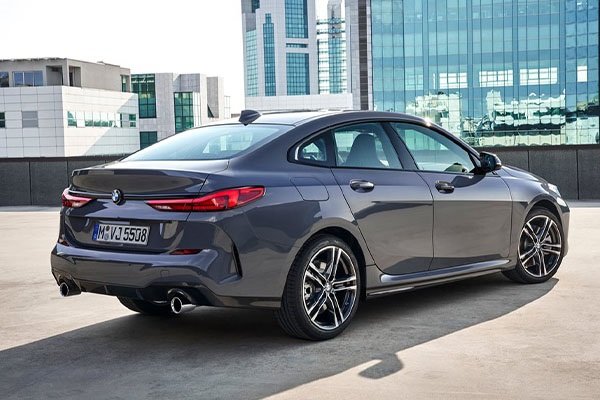 BMW are churning out cars left right and centre. And now they have launched a new entry-level 2 Series Gran Coupe. Fans may be a little disappointed because the 2 Series Gran Coupe is not related to the 2 door variant. Rather, it is based on the X1 and X2 platform which is front-wheel drive.  BMW finally want to take on the Mercedes-Benz CLA which is the only offer in that segment. The small gran coupe is packed with plenty of connectivity and technology features customers demand these days. The 2 Series Gran Coupe also has a goal to lure in younger buyers with its attractive starting price. But can BMW still build the “Ultimate Driving Machine” without an RWD platform? Needless to say, the 2 Series Gran Coupe has a lot to prove. 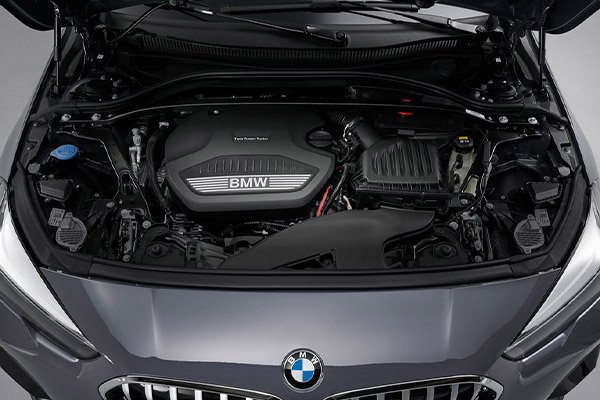 The 2020 BMW 2 Series Gran Coupe is offered in two trims, 228i  and M235i, each with a different engine. Both models come powered by a 2.0-litre turbocharged four-cylinder. Base models have 228 horsepower and 258 lb-ft of torque, upgraded to 301 hp and 332 lb-ft for the M235i. Both engines are mated to an eight-speed automatic transmission. The all-wheel-drive  variant is available only in the American market

BMW claims 0-60 mph in the 228i is 6 seconds with a top speed of 135 mph, though this increases to 151 mph with optional performance tires. The M235i, thanks to its engine equipped with a reinforced crankshaft, new pistons, connecting rods, a larger turbocharger, and modified fuel injectors, can sprint to 60 mph in 4.7 seconds and 4.6 seconds with the optional M Performance Package. Top speed is electronically limited to 155 mph.

Another interesting touch is the inclusion of some i3 technology by way of a near-actuator wheel slip limitation (ARB) system. What this system does is to control wheel slip and improve agility while helping to significantly reduce or eliminate understeer. Working together with a Torsen limited-slip differential, the ARB tech can split power 50:50 between the front and rear on the M235i. 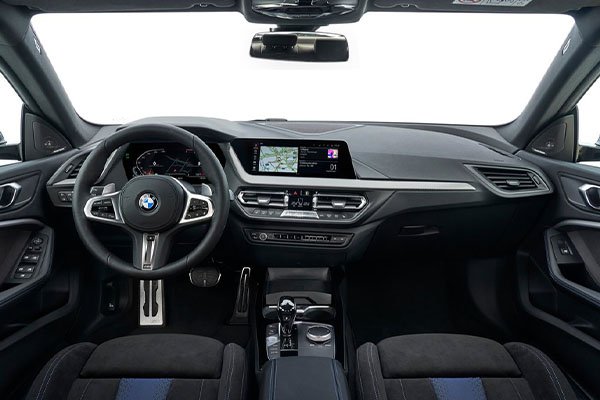 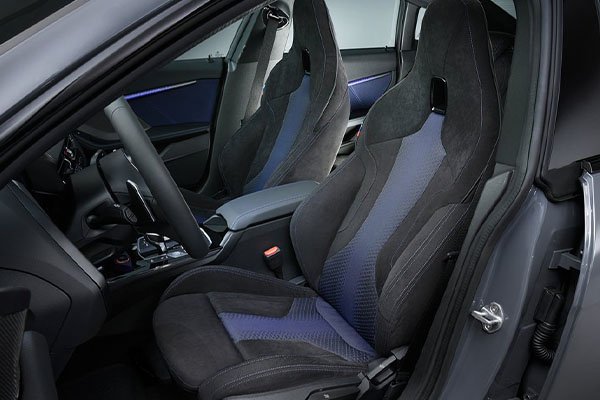 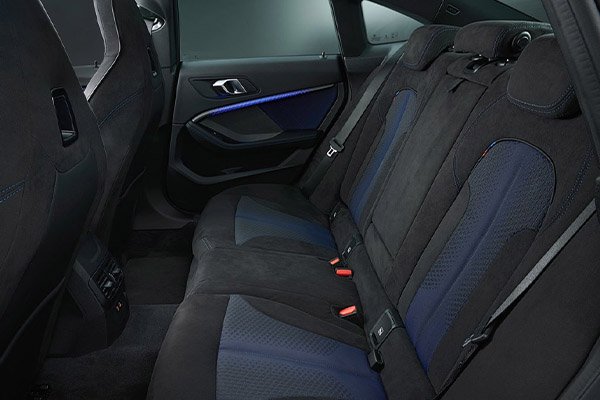 The BMW 2 Series Gran Coupe showcases itself as a genuine driving machine. The driver looks straight out to the (up to 10.25-inch) Info Display instrument cluster. The likewise 10.25-inch high-resolution Control Display is centrally mounted, touch-sensitive and angled towards the driver in customary BMW fashion; it is positioned perfectly in their line of sight.

Together, the two screens form the BMW Live Cockpit Professional, a large display grouping which the driver can configure to their individual requirements. The full-colour 9.2-inch BMW Head-Up Display (optional) supplies the driver with information without requiring them to take their eyes off the road. The driver-focused layout is enhanced visually by trim strips which run towards the driver and by different graining effects and textures on the instrument panel and behind the steering wheel. Technical Orbis graining is used on the driver’s side in the cockpit area while leather-like Verona graining features on the passenger side, the two separated by contrast diagonal stitching, depending on the equipment line specified. 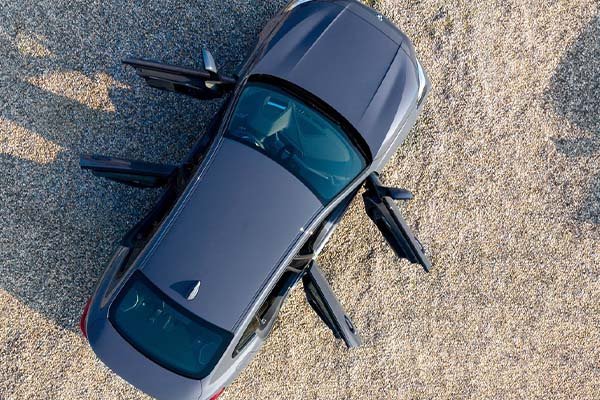 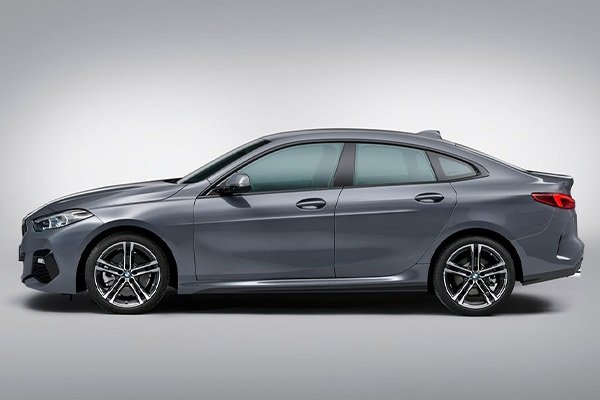 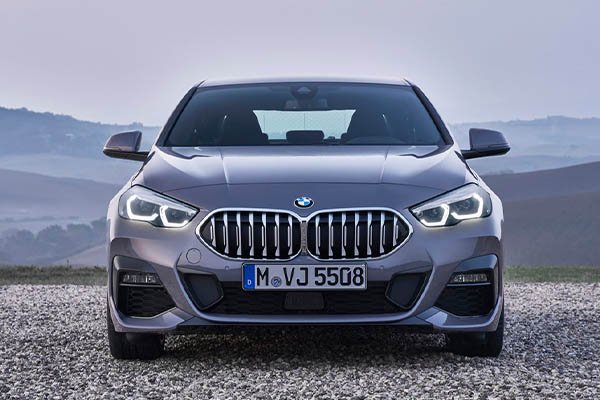 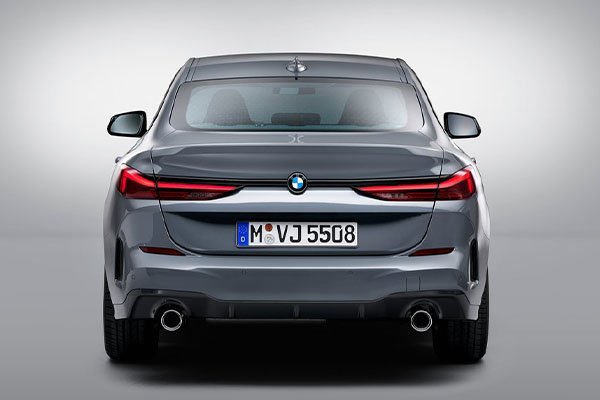 In terms of appearance, the Gran Coupe looks like a smaller 8 Series. The bulbous headlamps of the 2 Series Gran Coupe are chiselled while the grille design is akin to the one seen on the 3 Series. The front bumper design varies according to trim levels and matches the overall profile of the car.

The silhouette has a flowing roofline ending up in a well-sculpted boot lid. The tail lamp design appearance is borrowed from the 8 Gran Coupe and looks quite attractive for a small compact sedan. Rounding off the exterior are dual exhaust setup, frameless doors and optional 19-inch alloy wheels.  The 2 Series Gran Coupe has a boot space of 430 litres.

The body of the BMW 2-Series Gran Coupe makes intelligent use of aluminium – for the bonnet and tailgate, for instance – and high-strength steels. This material mix keeps weight down at the same time as imbuing the body structure with very high levels of bending and torsional stiffness. Bracing elements such as the standard boomerang-shaped strut in the vehicle’s rear section play an important role here.

Is Innoson Considering A Change Of Name?