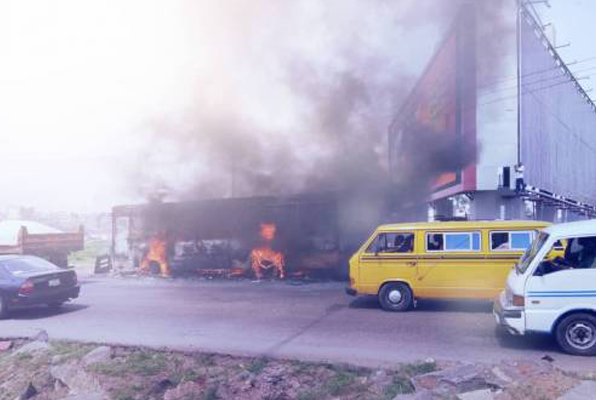 A mass transit bus, believed to be owned by the Ogun state government, got burnt along the Lagos-Ibadan Expressway on Monday morning.

According to persons at the scene of the incident, the fire started minutes after smoke was discovered to be coming from the driver’s side.

The passengers were said to have raised the alarm, after which they had to find ways to escape.

No life was lost in the incident, which occurred around Otedola Bridge area, and is said to be causing traffic along the Berger bridge area.

At the time of this report, the fire had stopped raging and officials were making attempts to tow the bus away from the area. 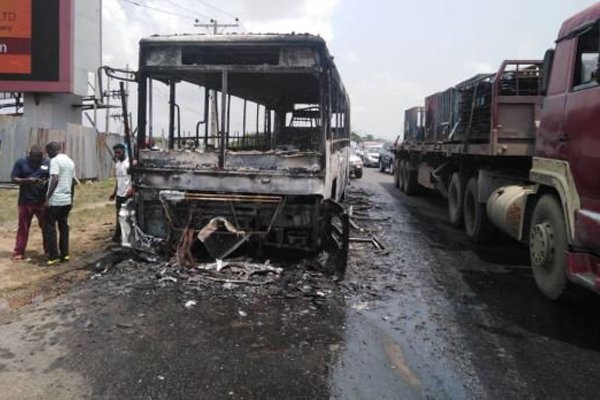 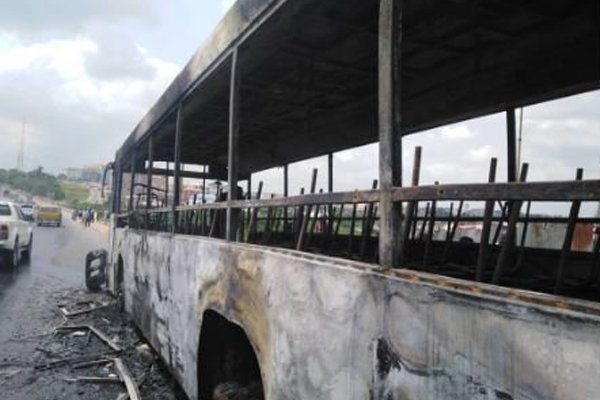 Cubana CEO Calls Out Ray Hushpuppi; Says He Didn’t Buy The Bentley And Rolls Royce But Hired Them