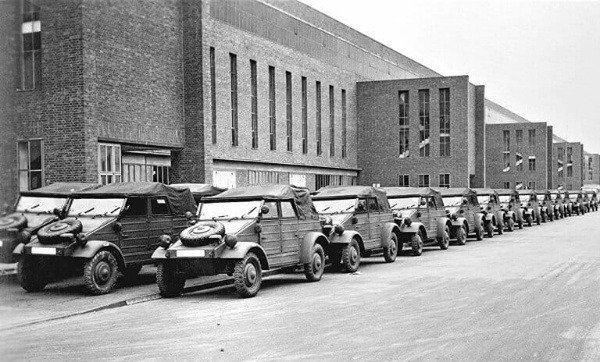 75 years ago, US troops liberated the Volkswagen factory and freed 7,700 laborers.

The foreign laborers had been forced to build Kubelwagen military vehicles, also known as Volkswagen Jeeps.

The assembly plant was later repurposed by the British to build Volkswagen Type 1, the Beetle.

US troops after thei arrival at the volkswagen factory

75 years ago, on April 11, 1945, US troops liberated the Volkswagen plant and the city “Stadt des KdF-Wagens”, now known as Wolfsburg.

At the Volkswagen plant, about 7,700 laborers, who had been forced to build Kubelwagen military vehicles, were freed.

All in all, about 20,000 people were forced to work for the former Volkswagenwerk GmbH. This includes about 5,000 people from concentration camps.

The plant, which had been largely destroyed by air raids in 1944, ended wartime production of 66,285 Kubelwagen vehicles. 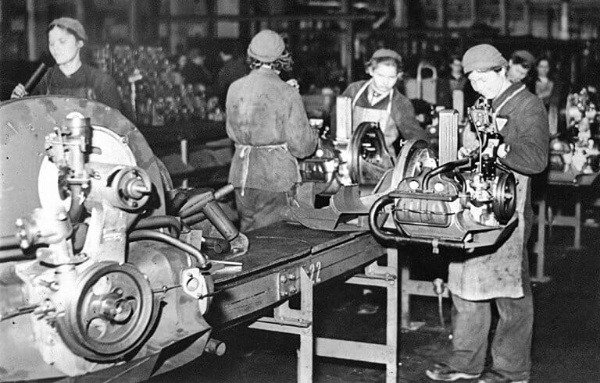 This move ended the dark beginnings of Volkswagen and began the remarkable story of the company’s rise as a global manufacturer of innovative vehicles for the masses.

When the allied troops arrived at the bomb-damaged factory, there were about 50 completed Kübelwagens intended for the German army.

These millitary vehicles, also called Volkswagen Jeeps, were later pressed into service by the US servicemen.

At the Volkswagen plant, the American liberators set up a repair shop for their own military vehicles.

In May 1945, the US Army started the assembly of “Volkswagen Jeeps” at the Volkswagen plant with a workforce of 200 people.

Kubelwagen, The Millitary Version Of The Iconic Volkswagen Beetle

In all, a total of 133 post-war Kübelwagen utility cars were assembled under extremely precarious conditions to meet the mobility needs of the US troops.

These vehicles marked the resumption of production and started the conversion of the armaments plant into a civilian vehicle factory.

Workers assemble a beetle after the british started production 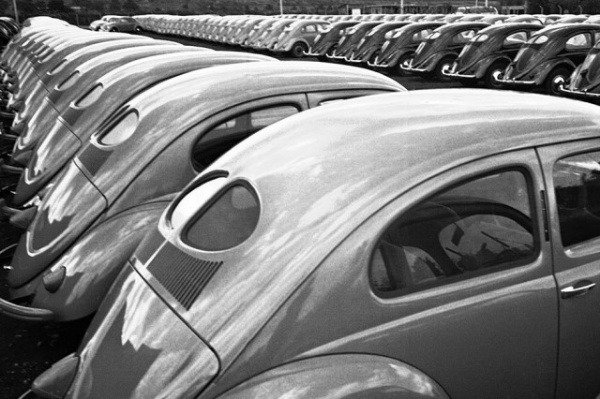 This process was continued by the British in June 1945, when they moved into their occupation zone.

The British started civilian series production of the Volkswagen Type 1, the iconic Beetle, just after Christmas, in 1945.