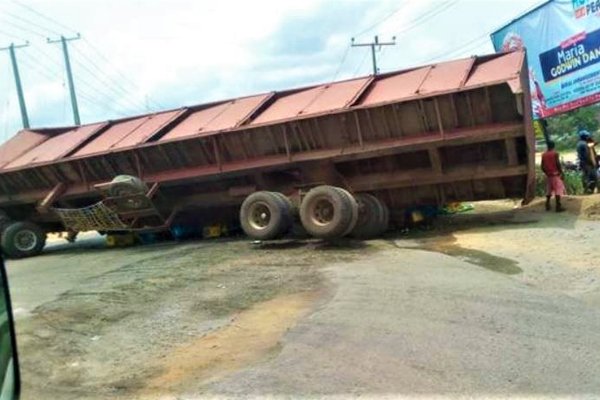 A truck carrying crates of beer fell on a road right before Abak bridge in Akwa Ibom.

Passerbys and sympathizers later availed themselves of the bottles of beer that fell from the truck.

It soon became a drinking fiesta for passerbys.

The accident caused traffic build up on the road.

The truck and later recovered. 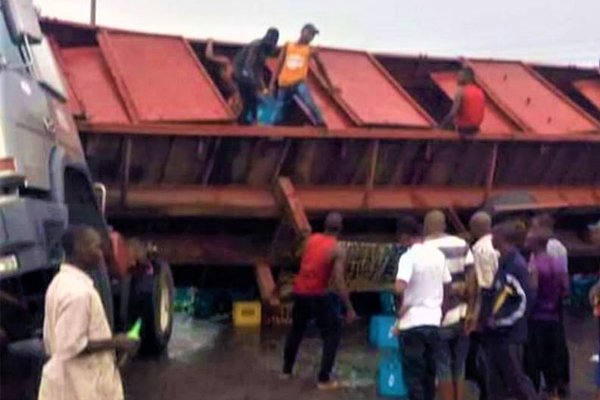 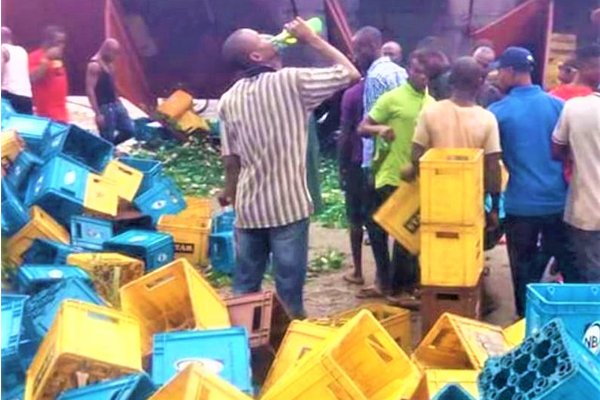 See The Container That Fell On A Danfo At Ketu (PHOTOS)