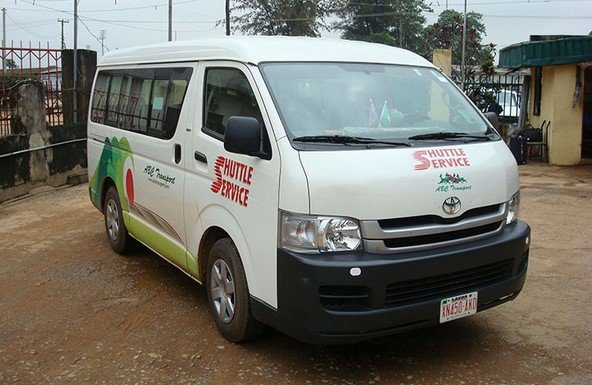 The management of ABC Transport PLC which is one of the leading transport and logistics company in Nigeria have a great news for Nigerians that will be traveling for the election.

The company announced that it will subsidize fares for passengers traveling on its Sprinter and Executive Express Coach services nationwide, for the purpose of elections.

Their aim of subsidizing the transport fare is essentially to encourage Nigerian citizens all over the country who need to travel in order to participate in the voting. 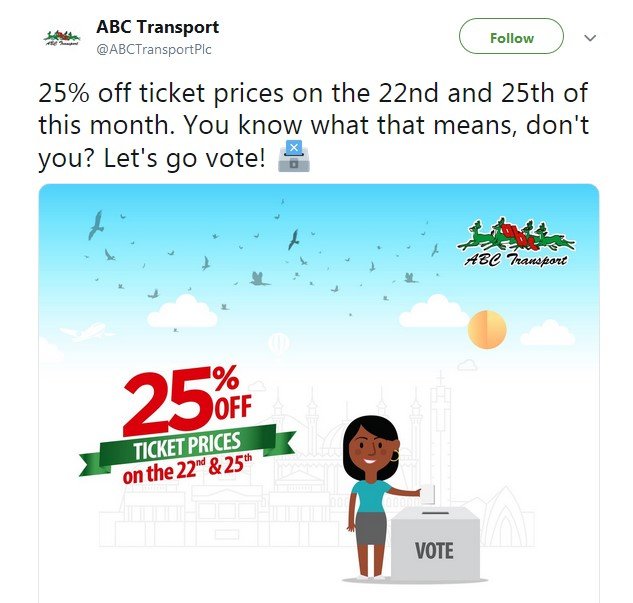 In a bid to go and vote, a lot of Nigerians traveled only to realize the election has been postponed few hours to the election. The strain and inconveniences were burdened on the mass.

This subsidy applies for travels on the 22nd and 25th February and certainly comes as a welcome relief to many travelers nationwide who had already incurred some costs in order to perform their civic responsibility and ABC Transport in its traditional manner has stepped up to take a proactive role in this regard.

ABC Transport Plc commenced operation in road passenger transportation on February 13, 1993 as an off-shoot of Rapido Ventures with a view to running a modern road transportation system in Nigeria.