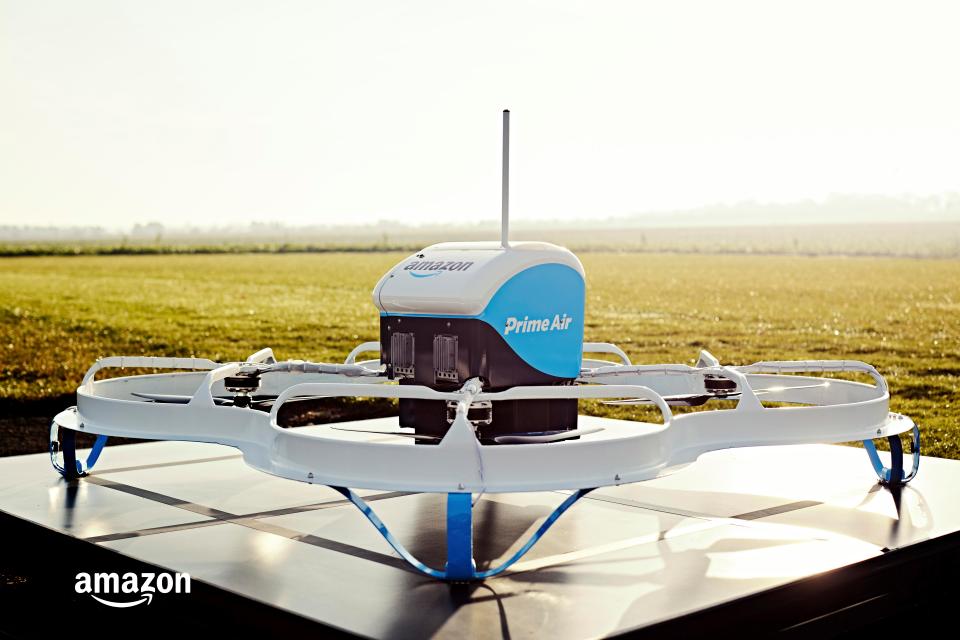 A new patent granted to Amazon details a system that would allow a drone to dock into electronic vehicles that are either moving or stationary in order to charge them.

The futuristic tech would fly to your electric car and lock on giving you some much needed battery power to get home.

This tech is inspired by the drone that features on Ryan Gosling’s motor in the new sci-fi blockbuster,the Blade Runner 2049,that detaches itself and scans for lifeforms.

The Amazon patent means you wouldn’t have to stop to plug in as drivers will be able to summon a drone to their car while they’re driving along to give them some much needed juice. 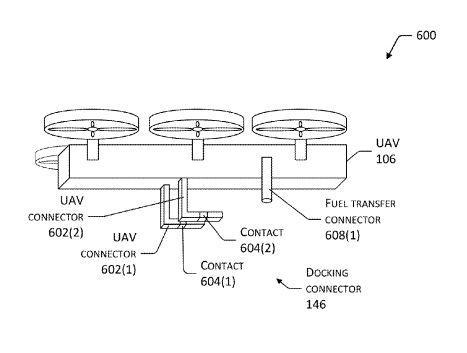 Amazon would then scramble an available drone to your location to help you out and stop your car from running out of power on the motorway.

The designs show a UAV with connectors that can plug into a docking station on the car roof. Clever vehicle identification tech would stop the drone attaching itself to the wrong car.

The drone would have a range of around 30 miles from its base,weigh less than 45kg and reach heights of almost two miles before dropping down onto cars.It could also use sensors to identify hazards and potential obstacles such as trees.

And Amazon hasn’t even ruled out the drones being used to fill up motors with petrol or diesel and not just electricity.

While Amazon’s drone charging patent has been granted by the United States Patent and Trademark Office, it is unclear what drone technology the mechanism will rely on,if the patent is ever put to use.

However, given that Amazon is developing its PrimeAir drone delivery service(technology to deliver parcels to back gardens), it’s possible that the vehicle charging drone technology could be based on this.

This tech could help solve one of the biggest obstacles to electric car ownership like the charging network and having to spend hours plugged in.