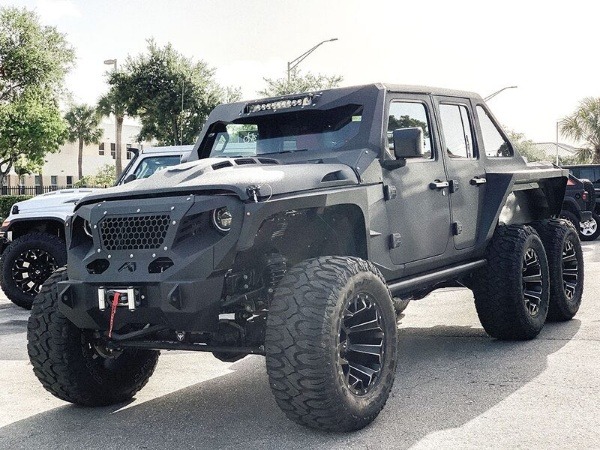 This custom kevlar-coated monster is huge and “unstuckable” while off-road. 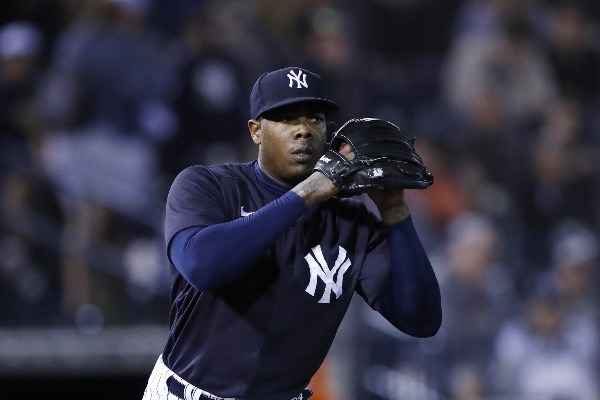 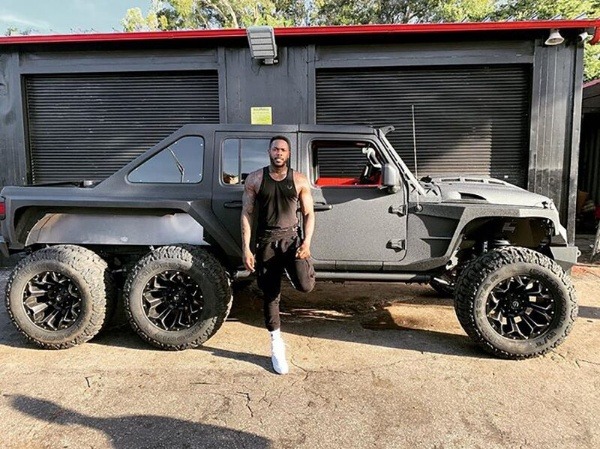 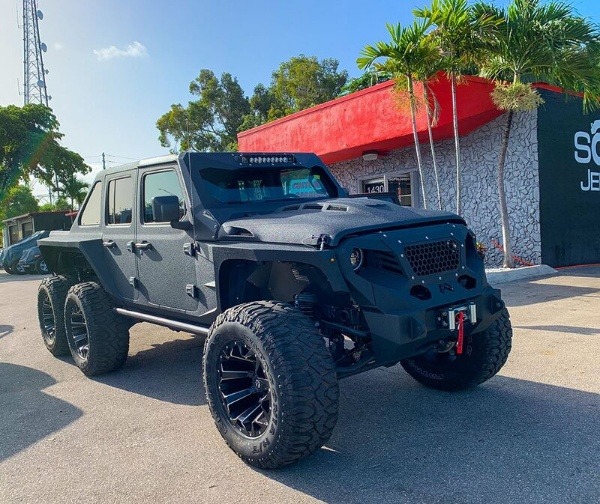 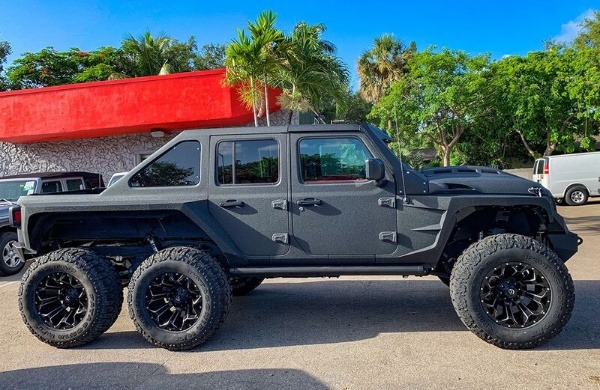 According to South Florida Jeeps, this ridiculous 600 horsepower SUV started out as a cut-in-half Jeep and took 60 days to build by hand. 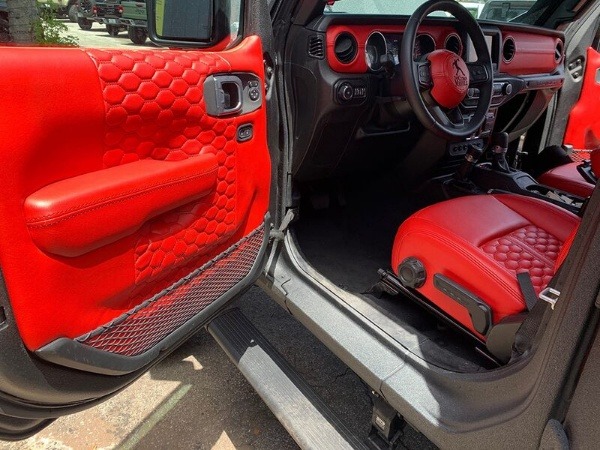 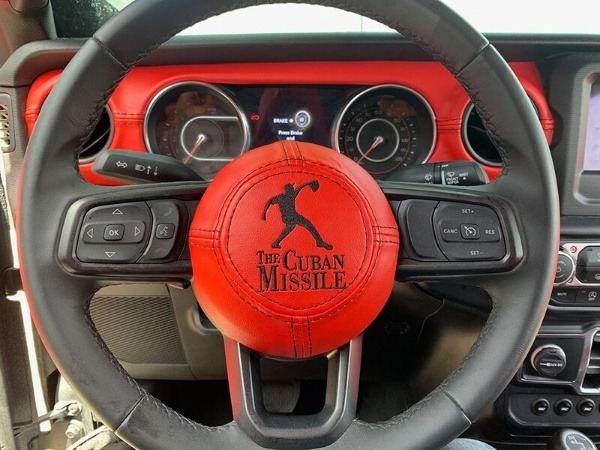 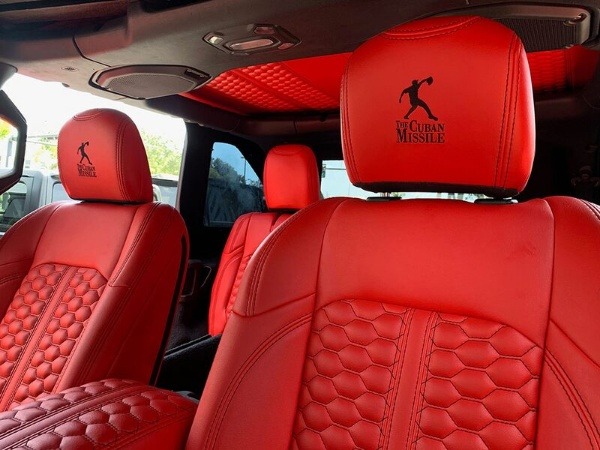 “The thing is an absolute monster,” it is also “unstuckable” while off-road, and “It’s huge, it’s loud and it’s just offensive to all the senses.”

Inside, the blood-red interior has custom features like Chapman’s “Cuban Missile” logo.

“He came and test drove it the other day. He doesn’t speak a whole lot of English, but he was smiles from ear to ear.”

South Florida Jeeps boss also said the 6×6 cost Chapman around $150,000, which is about ₦58 million. This is a small price for Chapman who just signed a 3-year, $48 million contract with the NYY.