Borno state has donated 70 patrol vehicles to various security agencies to support them in fighting insurgency in the state.

Borno state Governor, Babagana Umara Zulum on Friday donated 70 patrol vehicles to the Nigerian Army, police and volunteers in the civilian JTF and hunters to support them in fighting insurgency in the state.

The vehicles were distributed to the security agencies during the launch of Rapid Response Squad in the state.

Top officers of the military, police and volunteers were present at the venue, held at the Sheu’s palace in Maiduguri. The newly launched outfits will assist in the fight against Boko Haram.

Zulum also reiterated his commitment to security of lives and property in the state.

“I have said a number of times that this administration will not hesitate to take any measure or make any sacrifice in order to ensure peace and security returns to our state.”

“As the chief security officer of Borno state, it is my constitutional and moral responsibility to do whatever I possibly can in trying to secure the lives of citizens and doing that is the whole essence of government in the first place”

The Governor called on traditional leaders to assist the government with local intelligence that will assist in fishing out terrorists.

Zulum warned that under no circumstances should any citizen harbour insurgents and criminals.

“We cannot succeed in winning a lasting peace if we do not give maximum support to our security operatives by giving them information about the identities of culprits and their hideouts. 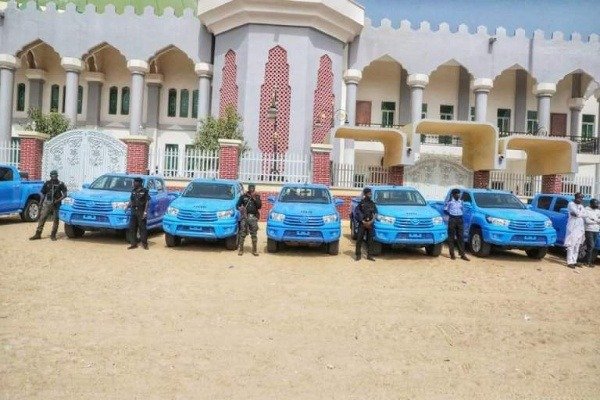 On no account should we protect or hide anybody with the evil intention of destroying our state. The consequence of conspiracy is gracious”.

Zulum praised the military, other security establishments and volunteers for their sacrifices in battling boko haram in Borno.