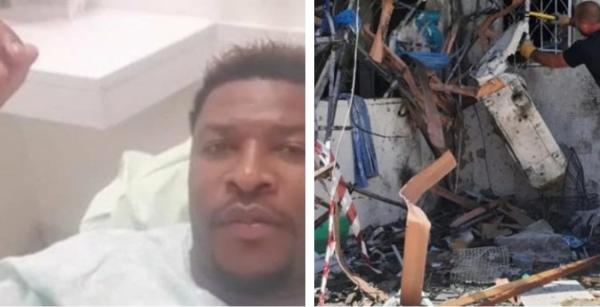 Iron Dome’s 90% efficiency means some rockets, which beats the anti-missile shield, still have their way into buildings in Israel. 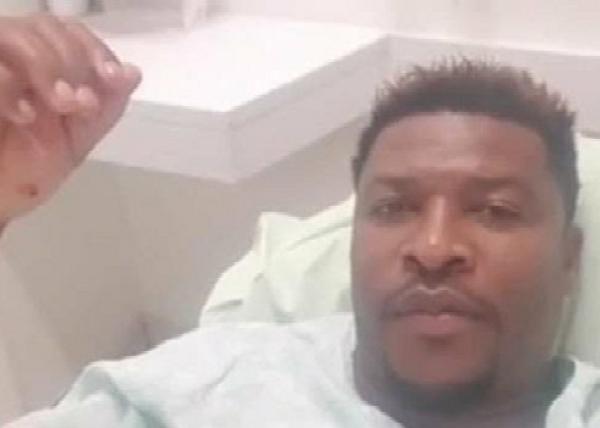 Israeli-based Ex-Nigerian footballer, Ibezito Ogbonna, is full of praises after his apartment in the Israeli city of Ashdod was hit by a rockets fired from Gaza last week, following recent fighting between Israel and Gaza.

The 38-year-old, who is recuperating after sustaining minor injuries, was at home with his family when the building suffered a direct hit. 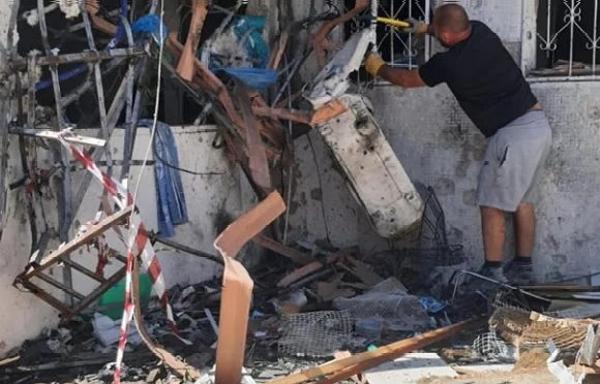 According to BBC Sport Africa, Ogbonna’s family, including his wife and two young daughters, were unhurt during the attack. But the former Enyimba striker was injured and taken to hospital after injuries.

“I am extremely lucky to be alive after this rocket was fired and it’s third time lucky for me after being involved in a car crash and a horrible robbery incident in Nigeria,” Ogbonna told BBC Sport Africa.

“We were all aware of the attempt (possible strike) and we always get the warning signs about possible missiles. We often hear as sirens echoed across the city streets which tends to prompt people to rush to a shelter. 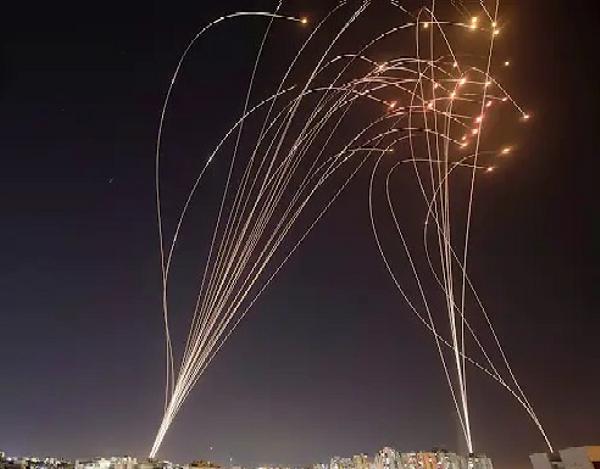 Iron Dome seen Intercepting missiles launched into Israel airspace. But its 90% efficiency means some rockets still have their way into buildings in Israel

“On this day, I was having breakfast and I heard the wailing siren. Normally, we’d run to the shelter because every house has its own shelter. I felt it’s the normal warning, but within seconds it turned out to be an unlucky day for me.

“I heard the loud bang of the rocket and felt the immediate impact, I was thrown into the air and it took me from my dining room to my living room. 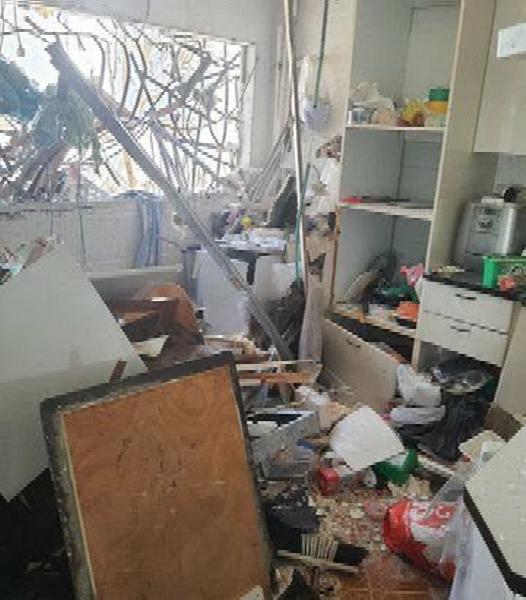 “I could see glasses and other objects flying around me. I hit the ground, I stood up to look around for my family. They were very lucky too, my wife had taken cover with my daughters, I think one of the doors landed on her.

“I could see the whole building was gone. We are talking about a four-storey building with about 30 people. The security doors between my kitchen and living room ripped out and everything totally wrecked.

“Cars were smashed and it was then I realised I had a cut and my knee was hurting badly before the paramedics took me in an ambulance to the hospital. 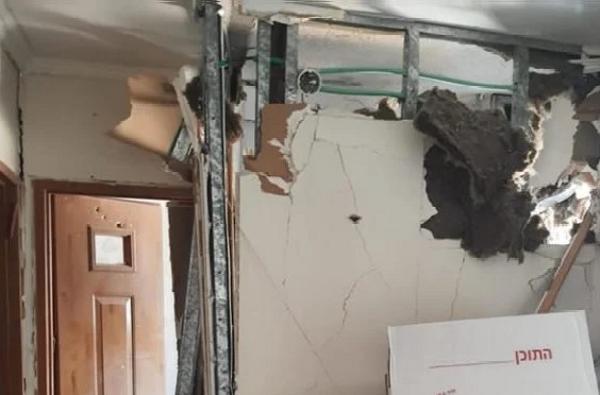 “I was in the hospital for a few hours. I was treated and had different tests just to check that everything was okay with me. They weren’t sure I was fine considering what had happened.”

“It’s difficult to explain the impact of what I saw. Coming out of this alive was a complete miracle. We are talking about the same attack that has left several people badly wounded.

“We’ve had casualties since this thing started, but you are just grateful to be alive and not listed among the dead. 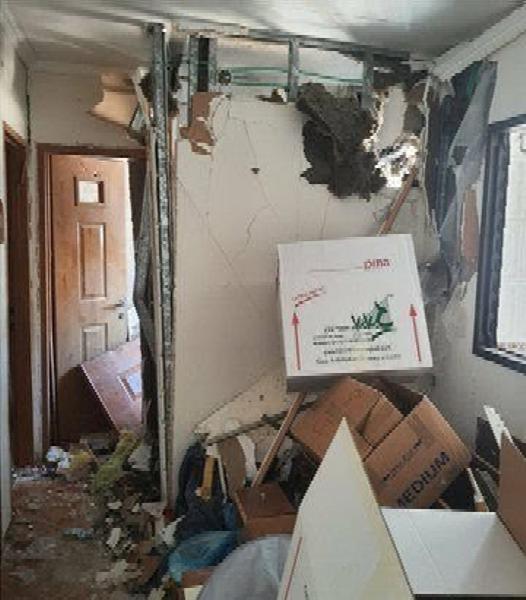 “A lot of families have been left homeless with their possessions destroyed and a place they’ve always called home flattened.”

With his apartment destroyed and no home to return to, the Ogbonnas and 13 other families are now staying at a hotel as the Israeli government look to resettle them.