Now you may begin to wonder why Nigerians are not patronizing hybrid vehicles. Well, the reason is the technical know-how of how to fix such a complex mechanism that requires an electrician who understands how its works(if there are any at all). The issue of charging in the case of poor power supply. Imagine a scenario whereby you driving and your car starts beeping low battery at Benin Ore road? Now that’s a terrible experience nobody wants to face. This is a serious sceptical feature and only a handful of Nigerians will dare try it.

This feature as tempting as it can be is a serious sceptical feature Nigerians would not or won’t be able to use. It will be extremely difficult to use cruise control in Nigeria especially Lagos because of the intense traffic lets say on 3rd mainland bridge. The bad roads will not let you even to try to use this feature because your car is at serious risk. Even when driving on the freeway is not still safe because you don’t know when the next vehicle will swerve anyhow and boom another story.

This is known as the great fuel and environmental saver. The Auto Stop/Start system might be a ploy for manufacturers to attain more efficient emission and fuel figures than actually providing an improved experience for the driver.

The system automatically switches your car’s engine off whenever you come to a complete halt at traffic lights, stop signs or when sitting stationary in traffic. How many times will the car start and stop in a typical Lagos traffic?. This feature can be very frustrating and a typical Nigerian will be sceptical about this feature.

The level of damage inflicted on your engine due to constant stopping and starting raises a concern as every time you take your foot off the brake the engine starts up again. Some auto stop-start systems can also be a bit rough and not stop and start smoothly, causing a slight lag at take-off. 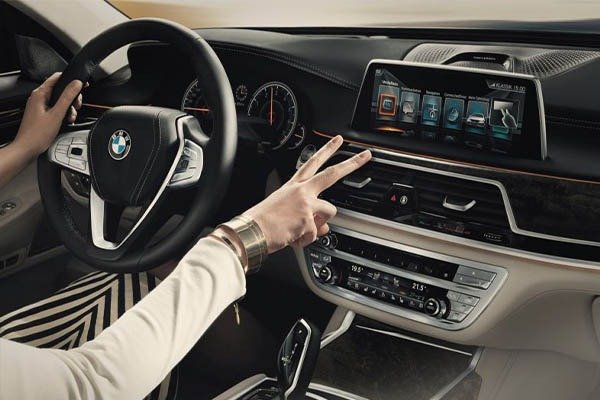 With modern cars shifting to less and fewer buttons by the generations, it is difficult to cope. Latest cars now have screens instead of the regular layout and it will take quite a while to get used to. To add more issues is the gesture features. Some cars are so sensitive that a wrong gesture will bring about a wrong command and it could be a problem. Many drivers will result in the using of the manufacturers manual every now and then.

Because navigating traffic with the radio turned up and/or the kids fighting in the back seat isn’t frustrating enough without adding in a voice control system that can’t interpret a word you’re saying!.

Just imagine with a heavy accent trying to use the voice control his car. The car may have a hard time understanding his /her accent.

Gone are the days of car keys! Instead, we have fobs that unlock your door and start your car without having to get the fob out of your pocket. Unless your clothes don’t have any pockets. And if you’re not in the habit of lugging around a handbag or satchel wherever you go, keeping it close at hand inside the car, these fobs can be a sceptical feature.

The sheer size of these devices make them difficult to easily pop somewhere without you being weighed down or having a bulging pocket, and it still doesn’t make them any harder to lose. Not a good look for some fashionistas out there, and purely inconvenient for the rest of us.

All we want is storage, storage, storage and all at our fingertips! We know they’re not good for hiding valuables, but how else can we dump all the things we cart around everywhere and need close at hand if there is no storage in the centre console?. If you own a car, it must have some room in the centre console otherwise you will be lost as to what to do with everything.

The glove box is no good; it’s too far away and too big, if you put something in there, you’ll never find it again. Some cheaper small cars on the market don’t have a centre console, which is not seen favourably by drivers.

You would think a simple concept like an automatic transmission is pretty straight forward, right? You just shift to drive to move forward, reverse to go backwards and park when you want to park. The ‘auto on the floor’ as it was once known, may become a thing of the past, as manufacturers now place the auto gear shift wherever they like. Manufacturers seem to think that automatic drivers are missing out and want to make things more interesting, with some versions a push-button system when you want to park.

In other vehicle models, you shift gears by pushing a button on the console with no such thing as a lever to physically move any more. Some carmakers are even reverting back to the old stalk shifter varieties…  Some cars require a degree to understand how to get from the garage to the road.

They are narrow and usually a different height to the other wheels on your car, and you can’t drive on them over 80 km’s an hour, or for an extended amount of time. With bad roads all over the place, a typical Nigerian will stay clear of it and acquire a regular-sized tire. The donut spare wheel is an unnecessary accessory to some.

Sat Nav is great for getting you where you want to go without having to think about it. It all works fine as long as it’s up to date and accurate. Try using a system that is inaccurate and out of date, and you’ll find yourself scrambling for your phone to look for a more accurate option. This will, in turn, make the feature very sceptical for Nigerians to use. It may tell you to take another route and you find out the road is closed due to construction work.