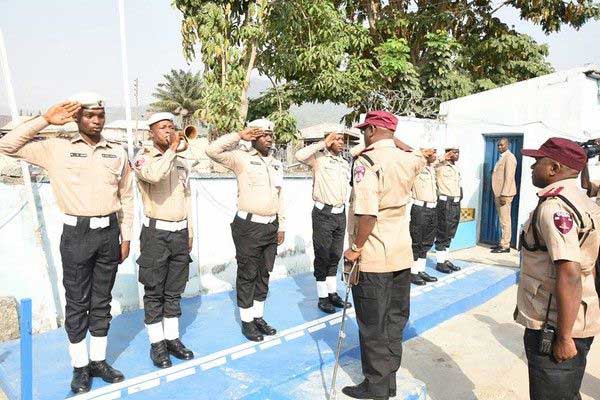 The National Industrial Court, on Monday dismissed and struck out a suit of alleged unlawful termination against the Corps Marshal,  Federal Road Safety Corps (FRSC), for being incompetent.

The suit instituted by Victor Umoh, Edet Inyang, B.U Abia and Bassey Odom as claimants also had the Zonal Command Officer and the Sector Commander, Calabar as second and third defendants respectively.

The judge, Justice Sanusi Kado however, ruled that the second and third defendants were non-juristic persons, who cannot sue or be sued and that therefore no action can be brought against them nor can they be made as parties in a suit.

He explained further that only two category of persons can be parties in a suit: natural persons and other persons conferred by statute to function in legal capacity.

Kado in addition said that the failure of the claimants to prove that they served a pre-action notice on the defendants before instituting the suit rendered their suit incompetent.

A pre-action notice is a letter a prospective claimant is mandated by law to serve a defendant especially an organization of his intention to seek redress concerning a grievance in court.

According to the judge, he said when rules of judicial procedures were not followed, issues of inconsistency would crop up.

He said the provisions of rule 16 (1) of the FRSC Act 2007 clearly stated steps that needed to be complied with before a suit can be instituted against the defendants.

He said the claimants action of non service of a pre-action notice which was a requirement, to notify the defendants of their decision to commence an action against them meant that they failed to comply with the said Act.

On the issue of whether or not the court lacked jurisdiction, Kado said that the extant case had only temporary set aside the jurisdiction of the court as the noncompliance of rules by the claimants had equally temporarily barred them access to court for redress until the necessary steps were complied with.

The judge concluded by saying that the claimants claim of serving a purported pre-action notice was an afterthought as the defendants were never served.

He therefore struck out the suit for being incompetent and awarded no cost.

The Nigeria News Agency (NAN) reports that the defendants in their objection through their counsel, Chinwe Mgbafor argued that the suit should be dismissed and urged the court to strike out the names of the second and third defendants as they were non-juristic persons.

The defence had equally contended that the court lacked jurisdiction to entertain the suit. 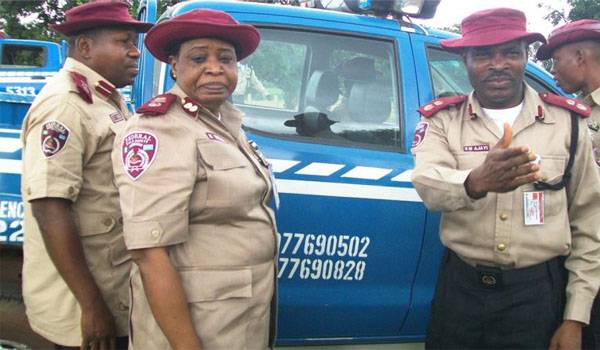 The submissions were made on ground that the claimants failed to comply with the provisions of rule 16 (1) of the FRSC Act 2007.

The defence further argued that the defendants on the other hand complied with due processes before terminating the appointment of the claimants as they were investigated on misconduct that bordered on patrol offence, indicted and their dismissal recommended by a disciplinary panel before they were dismissed from service.

The claimants counsel, Ituen Okpono on his part had contended that on Feb. 21,2021, he had moved a motion for amendment of processes and the court granted his application when defence did not object to same.

Okpono in addition also submitted that the counsel he took over the case from had filed a pre-action process and his clients been in court was neither premature nor an abuse of court process.