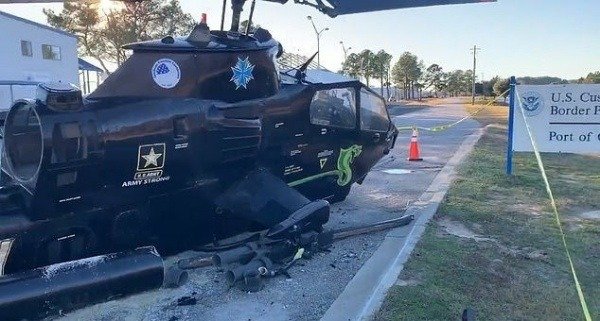 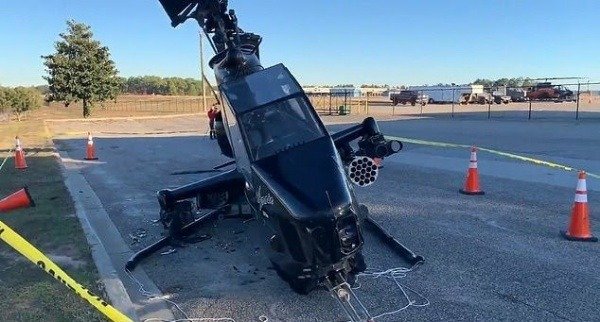 A drunk driver has crashed into an attack helicopter in Columbia, South Carolina. The 37 year old driver was later arrested for “Driving Under The Influence” (DUI).

The 1967 AH-1F Cobra was parked on the side of the road as part of a local display set up by the veterans charity Celebrate Freedom Foundation.

According to a tweet from South Carolina Highway Patrol’s public affairs officer, the crash caused about $500,000 (₦181 million) worth of damages. 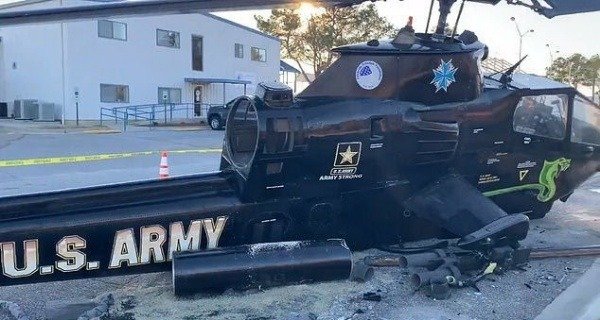 Part of the clip narrating the damaged helicopter stated that :

“This is what an impaired driver has done to a multimillion-dollar aircraft. Make sure you have a plan in place if you plan to consume alcohol and for heaven’s sake… don’t be like this guy.“

‘Sober or slammer! The driver who wrecked into this helicopter was arrested for DUI! This holiday season, drink responsibly!!!!!!!!

‘It was sitting in a parking lot at the end of a dead end driveway…..Drink driver thought they were on the expressway by the airport when they were really in a parking area.’

Sober or slammer! The driver who wrecked into this helicopter was arrested for DUI! This holiday season, drink responsibly!!!!!!!! pic.twitter.com/8oDbGpmN01 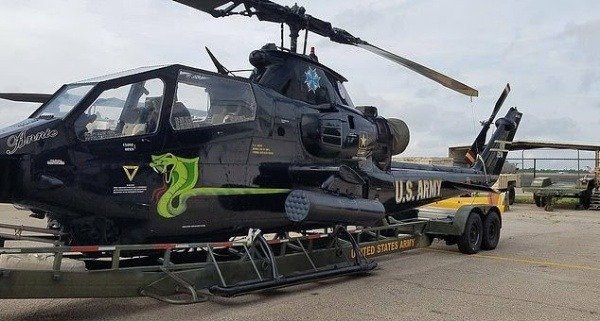 The charity uses the helicopter as part of its STEM (Science, Technology, Engineering, and Mathematics) education program.

The Helicopter has been seen by over 100,000 students in visits to 150 local schools since 2014. It is aimed at educating K-12 students on aviation.