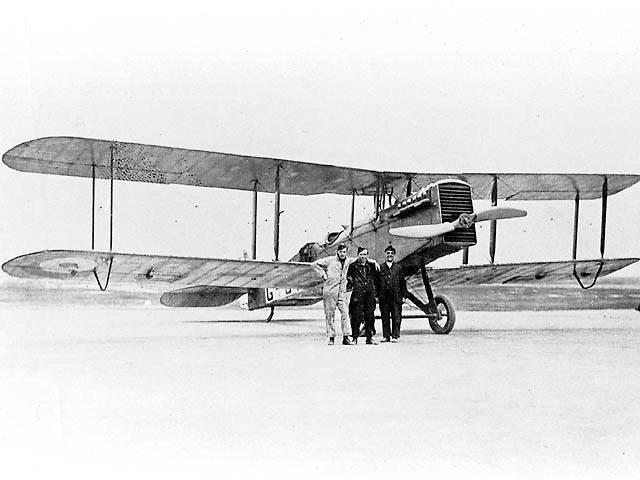 The history of Nigerian aviation can be traced back to November 1, 1925, when the first aircraft to ever land in Nigerian landed in Kano.

90 years ago, an aircraft belonging to the Royal Airforce (RAF) – De Havilland DH 9A – touched down Nigeria.

The air trip to Nigeria from Helwan (a town in Egypt) was led by the then Flight Lt. Coningham.

Nigerians awaited the arrival of the aircraft re-scheduled to land by 5pm. At 5.10 pm on 1 November 1925, Coningham landed the aircraft on a polo ground outside Kano’s ancient walls.

There were crowds of about 20,000 people who came to witness the first aircraft to land in Nigeria.

Kano residents only saw plane again ten years after the Coninghams’ departure when Imperial Airways aircraft landed during the reign of Emir Abdullahi Bayero in 1935.

Coningham who is the pilot that landed the first aircraft in Nigeria was presumed dead on January 30, 1948 when the airliner he was flying to Bermuda got missing off the coast of USA. His death remains one of the unsolved mysteries of the aviation history. His whereabouts is still not known till date.