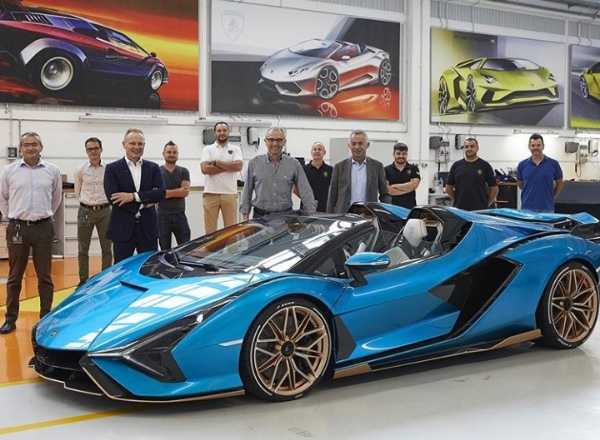 The open top Roadster version of Lamborghini’s most powerful road car ever was unveiled two weeks ago.

Just 19 will be made, and all have been already sold, despite the hefty price of US$2 million-plus (₦762million+). 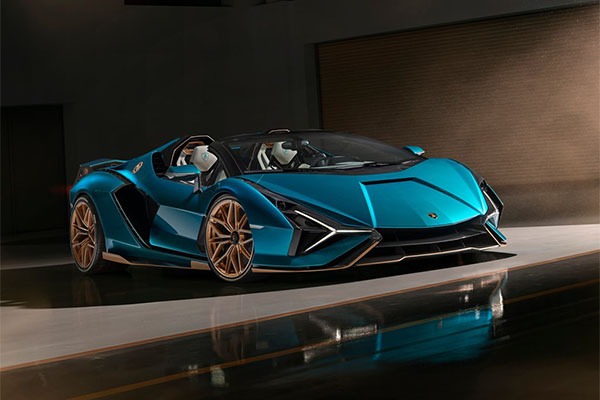 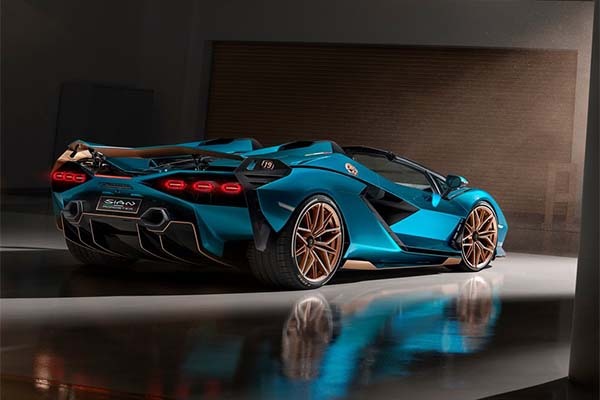 Last month, Lamborghini unveiled the open top Roadster version of its most powerful road car ever, the Sián FKP 37 Hypercar.

The Roadster, launched in a new colour called Uranus Blue, is limited to just 19 units. According to Lamborghini, all of the Roadsters are already claimed, despite the hefty price of US$2 million-plus (₦762million+).

Today, the first of 19 Sian Roadsters that would be made was presented to Lamborghini CEO Stefano Domenicali. Stefano Domenicali, who is responsible for the Urus, Aventador SVJ, and the Centenario, now has another hypercar to his credit. 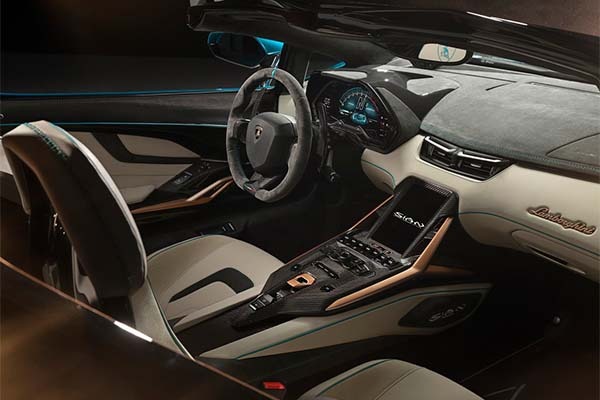 Inside, the cabin combines the luxurious Italian craftsmanship and state-of-the-art technology. It is designed to provide a driving experience that combines adrenaline-charged acceleration with utmost comfort.

Mechanically, the Roadster is similar to the Coupe that was revealed in September 2019.

The Sian is the first super sports car powered by a V12 engine and hybrid technology based on supercapacitors.

Its powerful 774 horsepower V12 engine, coupled with electric boost, offer 807 horsepower and 561 lb-ft of torque to all wheels. 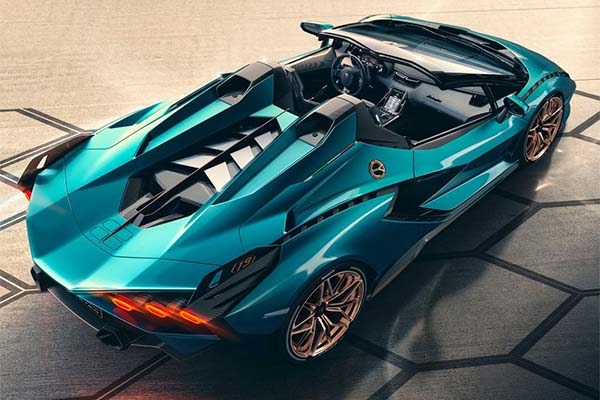 The Sian, which means lightning in Bolognese, is a name that captures the car’s true character, foremost its speed, which exceeds 220 mph (350 km/h).

The supercar other names ‘FKP 37’ honours late Volkswagen Group chairman Ferdinand Piëch. “FKP” are the initials of his name and “37” are the last two numbers of his birth year (i.e. 1937).

₦2.24b Hypercar, See The Unboxing Of The First Bugatti Divo In The US (Video)