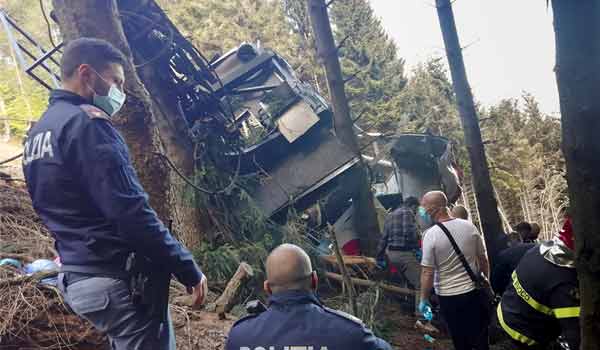 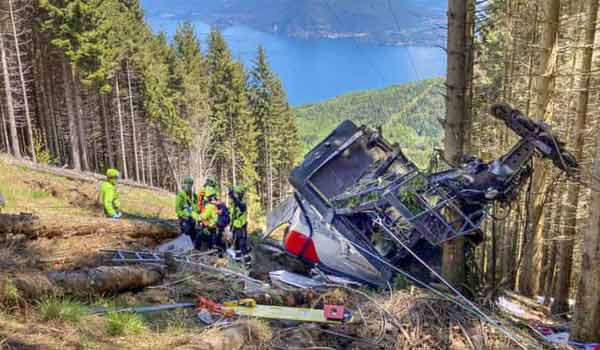 Horrifying new footage shows the moment a cable car in the Italian Alps shot down the mountain in the catastrophic accident that killed 14 people.

Two videos published by Italian news outlet TG3 show the car jolting violently when the cables break right as it reaches the station at the end of its run — and then zooming away at deadly speed.

The sightseers are seen peering out the windows while an engineer prepares for the car’s arrival. In a split second, it jerks backward and bounces away from a pylon at the station.

Another video shows the gondola careening down the line at about 60 mph before crashing, leaving the 14 people dead, including an Israeli family of five.

Eitan Biran, 5, was the sole survivor of the tragedy near Lake Maggiore on May 23.

His parents, Amit Biran, 30, and Tal Peleg-Biran, 26, 2-year-old brother Tom, and great-grandparents Barbara and Yitzhak Cohen, 71 and 81 respectively, all perished in the disaster.

Eitan, who is reportedly suffering from post-traumatic amnesia, was saved by his dad’s embrace, a hospital spokesperson has told Israeli media.

Roberta Pistolato, a frontline worker in Italy’s battle against COVID-19, died in the tragedy as she celebrated her 40th birthday with her boyfriend Angelo Gasparro, 45, The Sun reported. 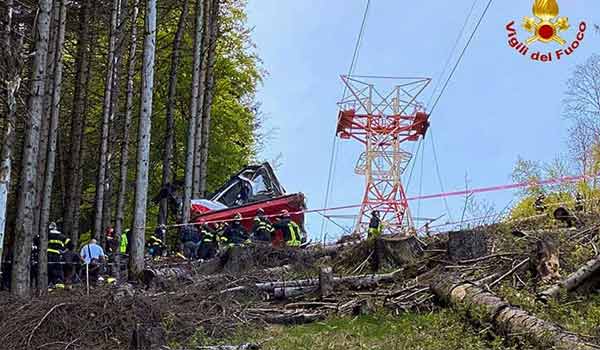 Shortly before the accident, Pistolato texted her sister: “We’re getting on the cable car.”

The couple were killed instantly when the car hit the ground and their son died at a hospital in Turin.

The accident also claimed the lives of scientist Serena Cosetino, 27, and her 30-year-old boyfriend Mohammed Reza Shahisavandi, an Iranian student.

And engaged couple Silvia Malnati 27, and Alessandro Merlo, 29, also were among the victims.

‘‘You Dial Trouble”, Dino Melaye Reacts After Unique Motors Accused Him Of Buying G-Wagon On Credit