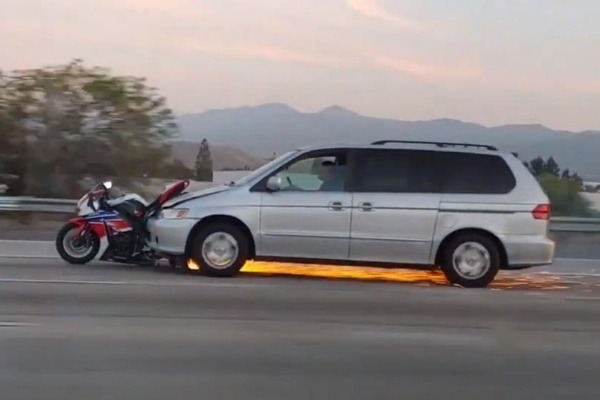 With the escaping driver showing no intention of slowing down, sparks were seen flying from under the bike.

A motorbike rider was lucky to suffer minor injuries after landing 200 feet away in the middle of the freeway during a hit-and-run accident.

According to the footage caught by passing motorist, the driver of a Honda Odyssey fled the accident scene with the superbike still wedged between his minivan’s front bumper and the asphalt below. 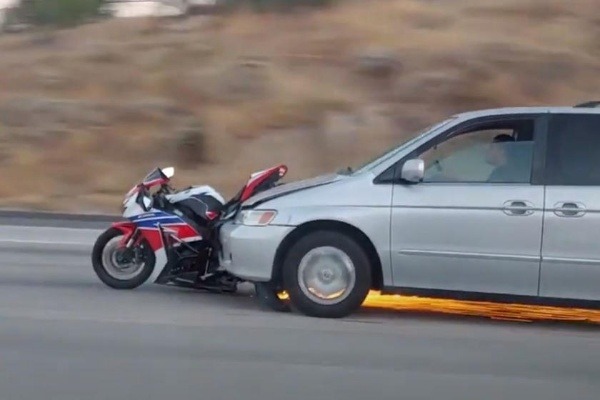 With the escaping driver showing no intention of slowing down, sparks were seen flying from under the bike.

The driver later abandoned his minivan by the side of the road and fled the scene after he reportedly crashed into a fence. 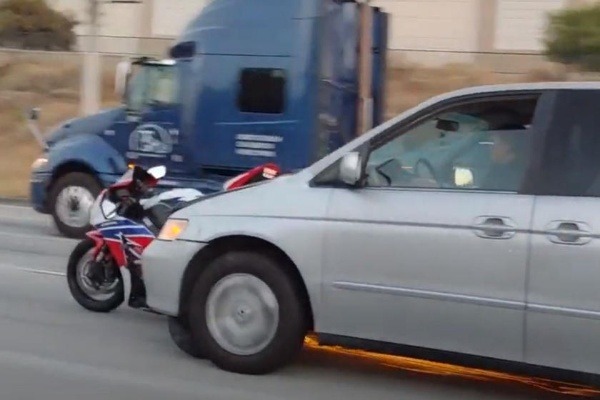 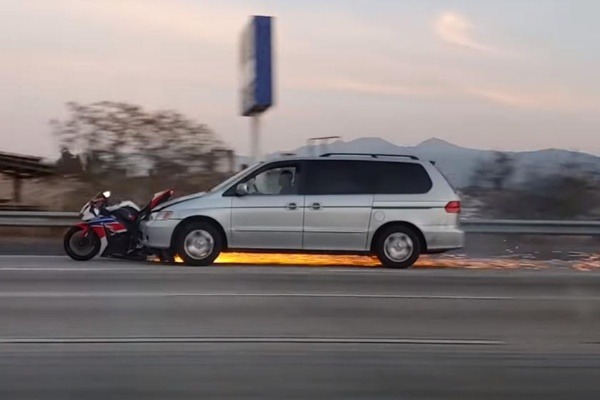 Pictures of the aftermath shows the completely mangled and destroyed Honda CBR600RR superbike.

The rider, Chain Arunritthirot, said he was traveling around 65 mph when he was reportedly struck by minivan driver. 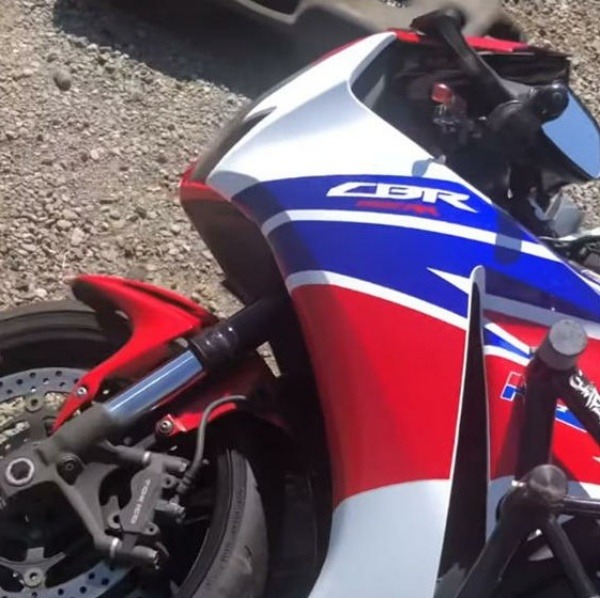 “I was going faster than traffic, but there wasn’t much traffic around me, so I don’t understand how I got rear-ended,”

“All of a sudden I got knocked off my bike and I started tumbling on the freeway. After a while, I came to a stop and cars pulled over to check on me. I couldn’t move. 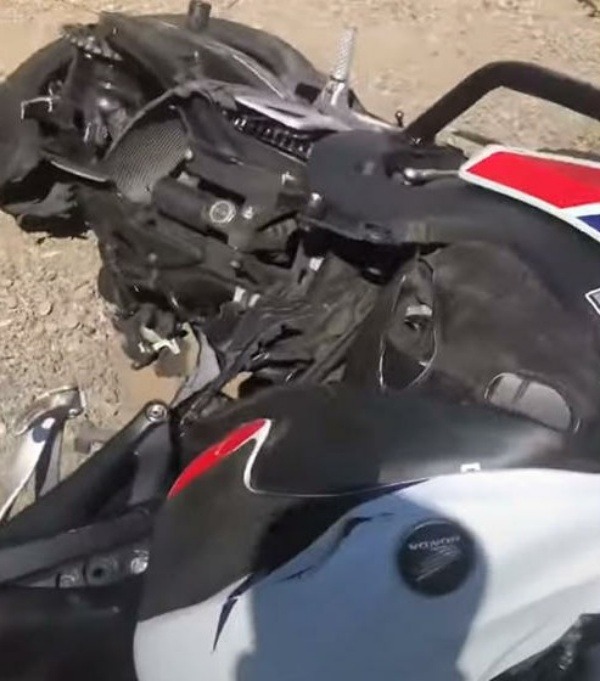 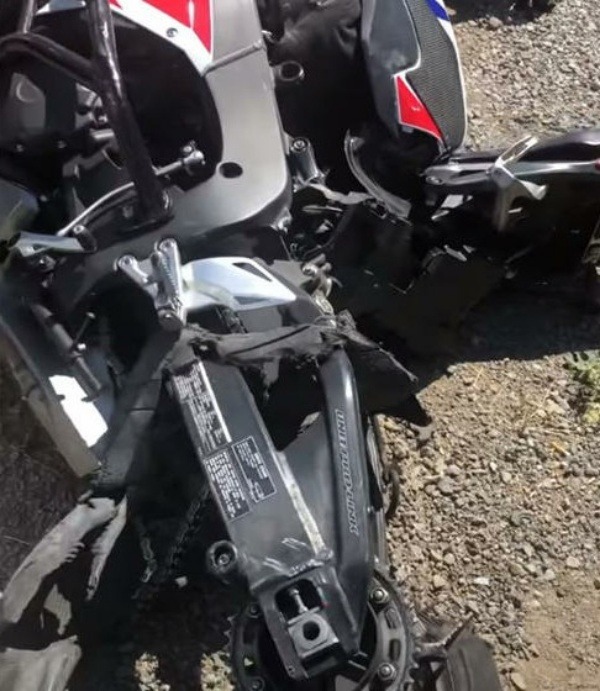 “A guy helped me to the side of the road and the ambulance eventually came. I went to the ER and they gave me X-rays, MRIs and all of that, luckily I have no broken bones,”

The driver, 25-year-old George Valentin, was later arrested. According to the police, he was driving around 70 mph when the accident happened.