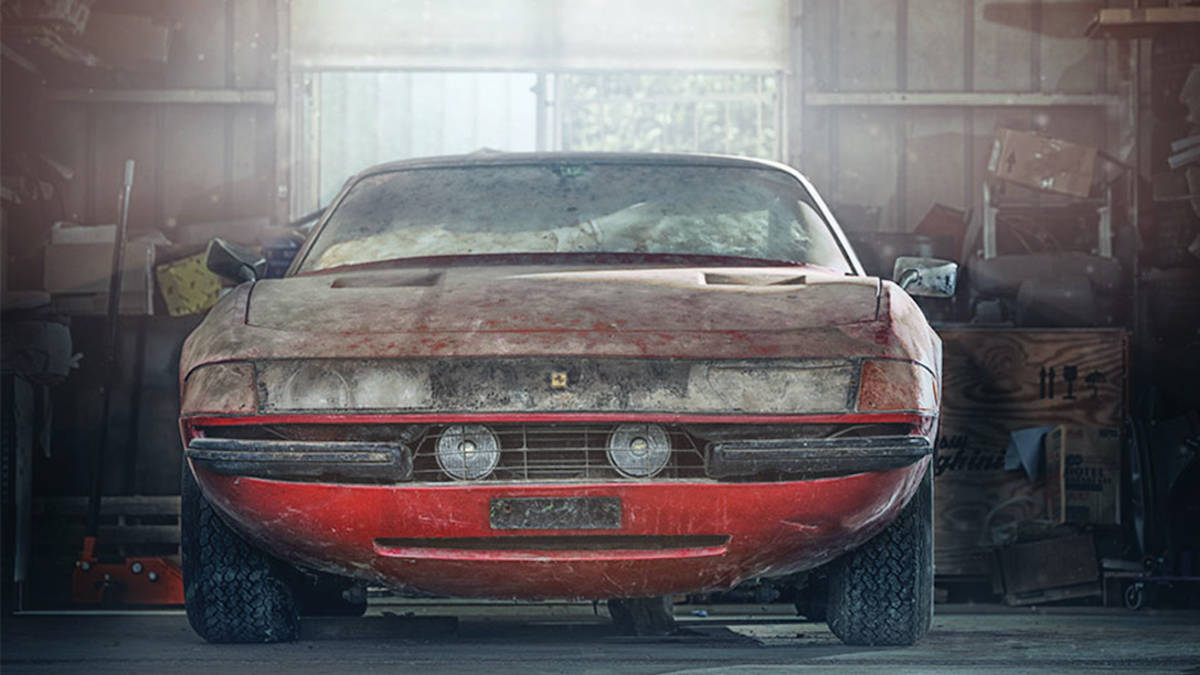 A “barn find” is a classic car or motorcycle that has been discovered,often in bad condition

The 1969 Ferrari 365 GTB/4 Daytona Berlinetta is the only street legal alloy aluminum bodied ever built.Yes,Ferrari produced over 1,200 examples of the 365 GTB/4 Daytona between ’69 and ’73,but this one was obviously different.

The lightweight 365 GTB spent a couple of years in Italy before its registration was canceled.It was later shipped to Japan in 1971where it traded hands(three owners)over the next few years before reaching Makoto Takai,who hid it from the public for the next 40 years.

Despite the damage done in storage,the car still apparently sports the same engine and transmission that it left the factory with,and it only shows about 22K miles on the clock (that’s 36,390 kilometers,to be precise).