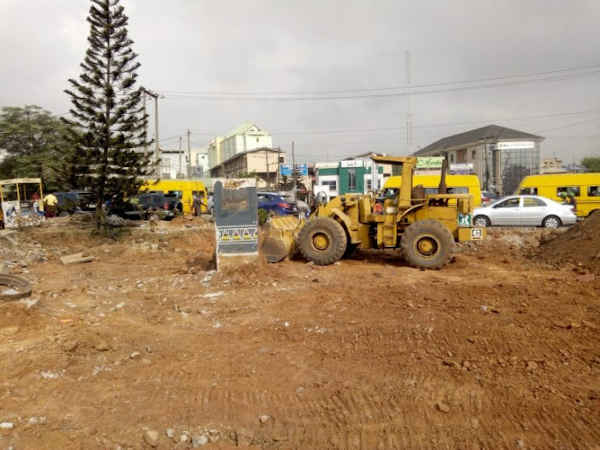 Lagos State government has commenced the removal of Allen Avenue roundabout, Ikeja. This is part of the effort of the administration to get rid of traffic-gridlock in the state.

The statue of the late Afrobeat legend, Fela Anikulapo Kuti, which was erected by the former Governor of Lagos state Akinwunmi Ambode had to be pulled down as it was part of the roundabouts.

Governor Babajide Sanwo-Olu’s spokesperson, Gboyega Akosile, who confirmed that the statue has been pulled down. Meanwhile, he added that the roundabout where the statue was situated was recognised as one of the four locations in Lagos that causes traffic gridlock.

Speaking on the major locations causing gridlock in the state, the Senior Special Assistant (SSA) to the State Governor on Media, Jibril Gawat said, ”the proposed junction improvement layout, includes the removal of Allen junction.”

Similarly, the Sanwo-Olu administration has removed the 2nd Lekki Roundabout. The governor stated that the roundabout demolition was part of the effort to ensure free vehicular movements along Lekki corridors.

Also, the Lagos State government targets to work on four major roundabouts that compound traffic-jam in the state. The areas identified are Ikotun, Maryland and Allen Avenue roundabouts. 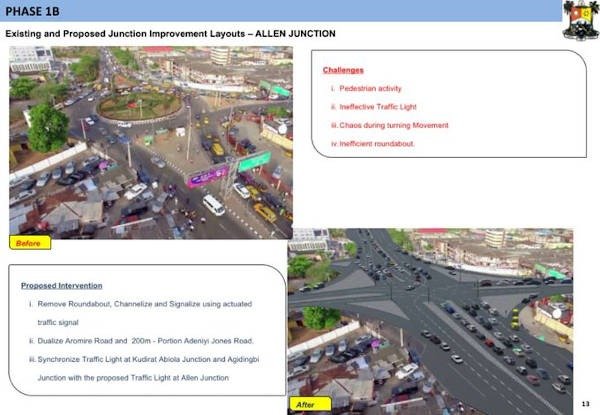 Bullet-riddled 1996 BMW 7 Series Tupac Was Fatally Shot In Is On Sale For $1.75 Million