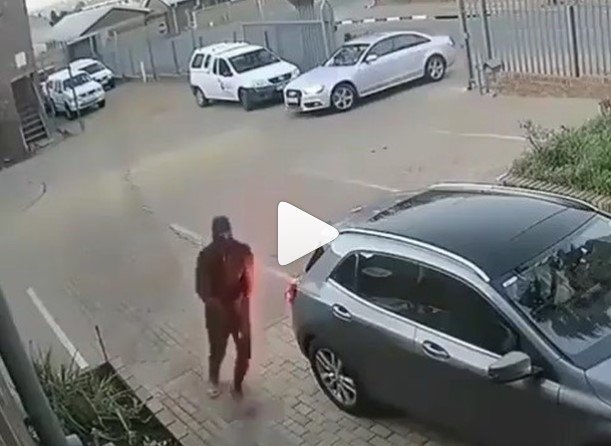 This footage was caught on camera in a location that seems not to be Nigeria. According to the footage details, it happened on 16th July, 2018.

It appears the robbers must have been trolling the car from afar and decided to snatch it when the driver halts.

Luckily enough for the driver, he was fast enough to react to the danger he was faced with.

One of his saving grace was the car doors that were locked. We might not be able to tell if it was locked before or immediately he saw the snatchers. He managed to maneuver them and drive off briskly; he didn’t mind the car that blocked his way.

On the other hand, the risk was a large one. What if the robbers decided to shoot at him? That car doesn’t seem to be armoured. The guns could be toy guns though.

The man get mind!

How Can You Be Inside A Car And Be Pushing It?

Unbelievable!!! How Can More Than 17 People Come Out From This 1996 Toyota Camry?