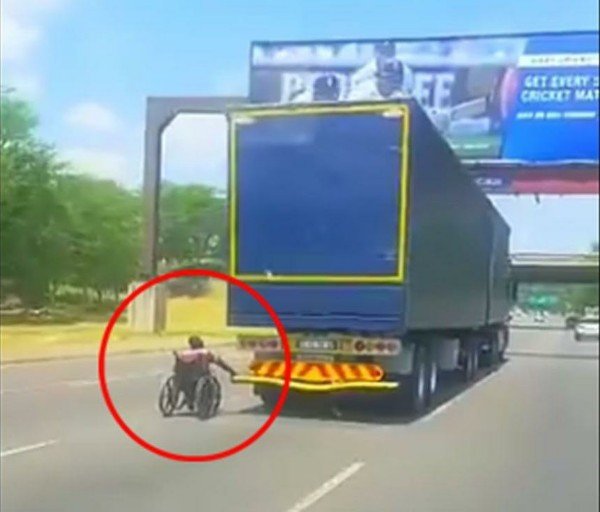 Just when you think you have seen it all… This viral 30 seconds clips captures a man on a wheelchair enjoying his ride by holding on to the rear bumper of a moving truck with his right hand .

I gave up, this country needs more than lukau's resurrection 😂 😂 pic.twitter.com/Obq4Ve81nE

Moments after a red car passes by, the visibly cautious man looks behind to see if it was safe to cross to the other side of the road.He finally lets go of the truck and keeps moving on the outer lane of the highway.

As expected, the online community expressed a mixture of anger and shock at the man’s reckless behaviour.

“The driver performed a kind act, because he is driving at a reasonable speed and he is not making any lane changes. It’s like he is aware that he has a wheel chair person at back end of the truck.”