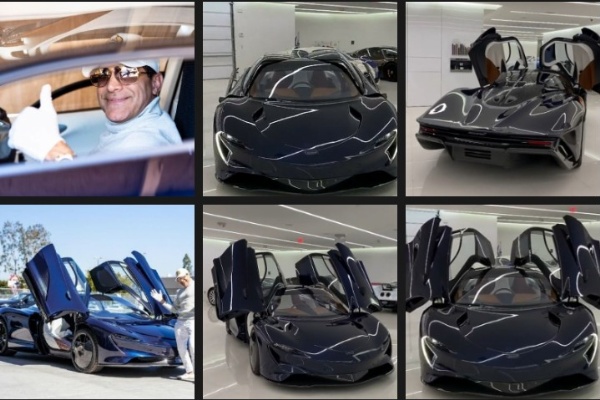 The Speedtail shares the same seating arrangement with F1, with the driver at the centre and 2 passengers on both sides.

The Speedtail joins his Hermes edition cars including Bugatti Chiron and Pagani Huayra. 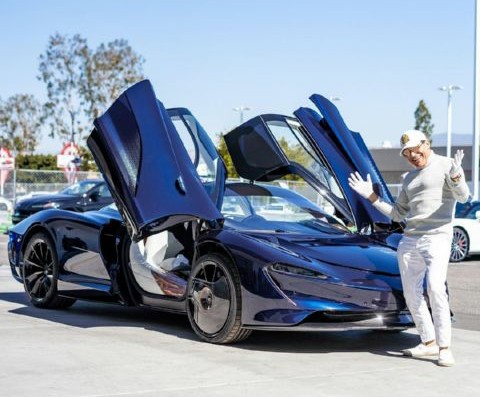 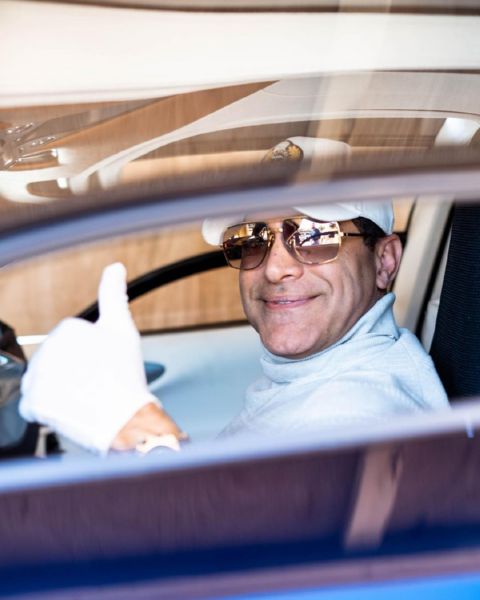 According to the instagram influencer and supercar collector, this one-off McLaren Speedtail tops his other two Hermes supercars.

Manny’s Speedtail Hermes Edition may likely cost twice the price of the base car, which has a starting price of £2 million.

While taking his fans on a video tour of his new ride, he said :

“I was warned pictures don’t do it justice, wow this newest addition a one off @mclarenauto Speedtail completely upholstered by @hermes and dipped in Hermes Abyss blue paint tops my other two Hermes cars 🙏🏻
.
Huge Thank you to all at @msomclaren and @hermes that worked on this project for making this masterpiece 😊” 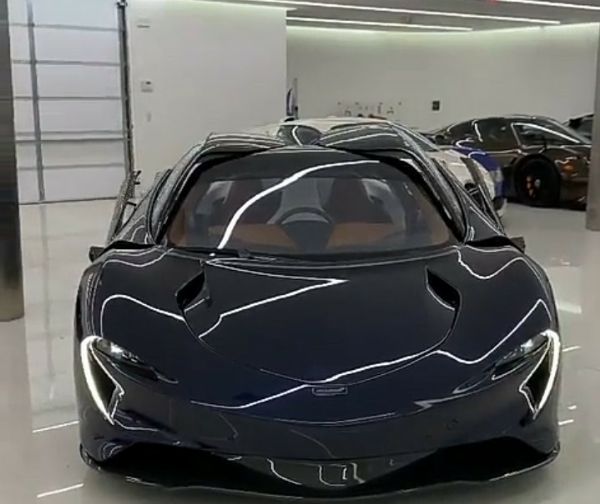 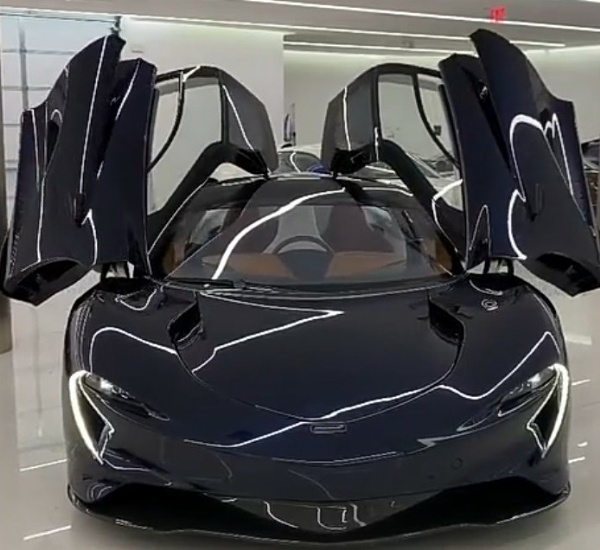 Painted in Hermes Abyss blue on the outside and a brown-white leather interior, the Speedtail packs some impressive features you can ever dream of. 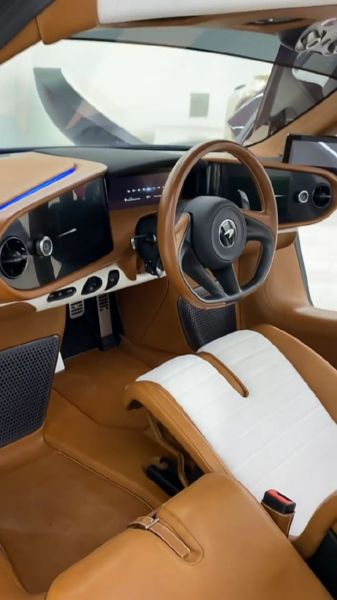 The Gullwing-doored Speedtail also features a F1-style seating arrangement, were the driver sits in the centre and 2 passengers on both sides. 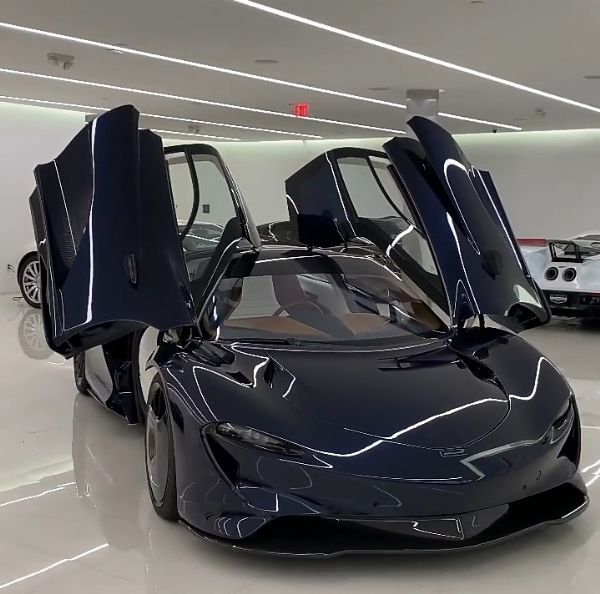 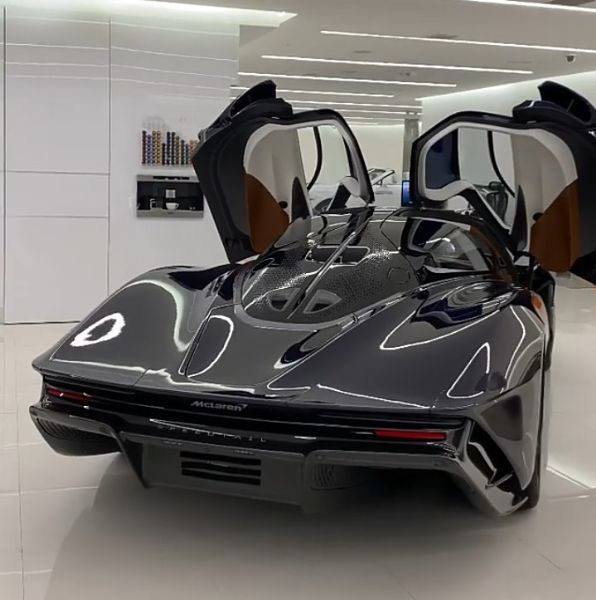 Powering this Speedtail is 4.0-litre twin-turbo V8 with electric motors, churning out a whopping 1035 horsepower. It can move from zero to 186mph in 12.8 seconds before topping out at 250 mph.

This one-off Speedtail joins the already expensive hypercars in Manny’s garage, including a one-off Hermès edition cars like Bugatti Chiron and Pagani Huayra. 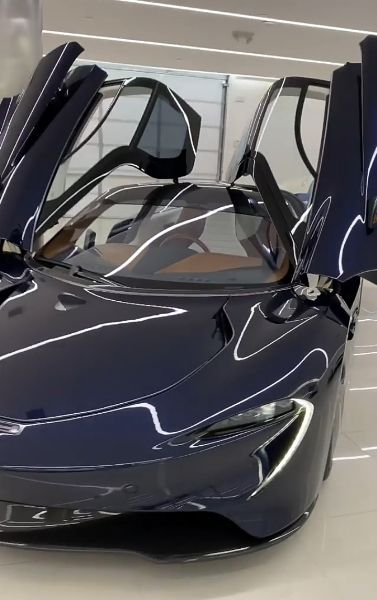 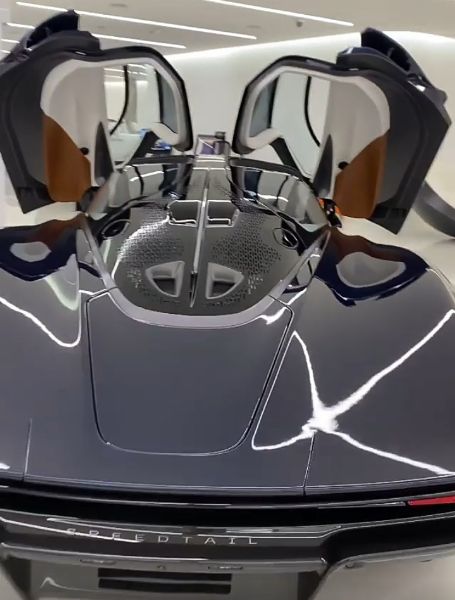 The Real Estate Mogul has already placed an order for $3 million Koenigsegg Jesko. But the Jesko supercar will surely cost him twice as Manny loves to drive unique cars.

Who We Offend? Nigerian Journalists ‘Ruth’ Reacts To Receipt Of Honda Civic Worth Just N3,205 In 1976