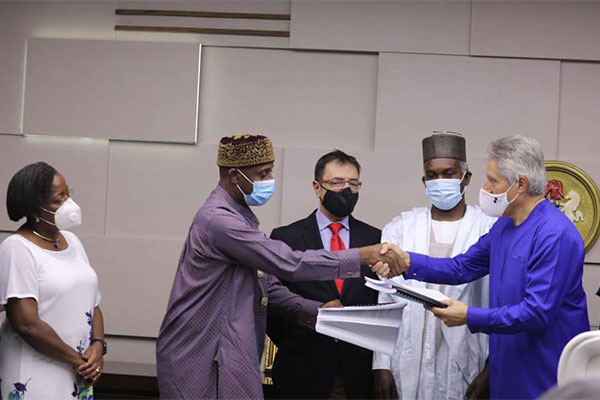 The Minister of Transportation, Rotimi Amaechi, has hinted that the contractor in charge of the construction of the Kano-Maradi rail line would build a university in his home state in Rivers.

The two-term Rivers Governor said the company would build the university as part of its Corporate Social Responsibility to Nigeria.

“We already have a Transportation University being built in Daura. So, we have decided that the Portugese Company in charge of Kano-Maradi rail line, Mota Engil will build a Multi-disciplinary University in Rivers State. This would serve as a major component of their Corporate Social Responsibility,” the minister tweeted on Monday.

The President Muhammadu Buhari (retd.), is expected flag off the project virtually from Aso Villa in Abuja; the Federal Capital Territory.

Reports earlier gathered that the $1.96bn Kano-Maradi rail line connects Nigeria and Niger Republic and the Federal Government had said it would source the fund from European countries.

Amaechi had also said the 248-kilometre line would aid the transportation of crude oil. Meanwhile he noted that it would commence importation from the West African country.

But the Peoples Democratic Party and many Civil Society Organisations had described the project as a misplacement of priority.