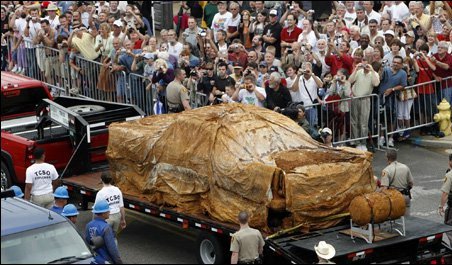 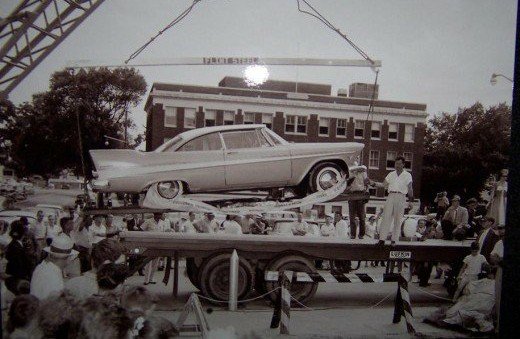 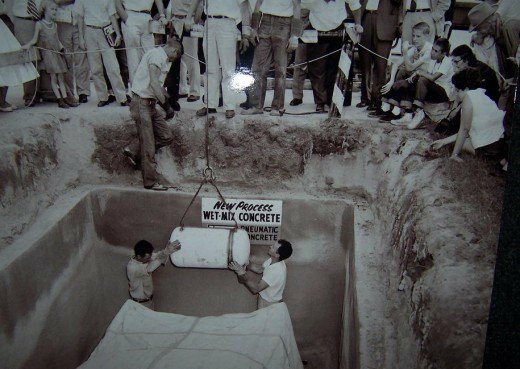 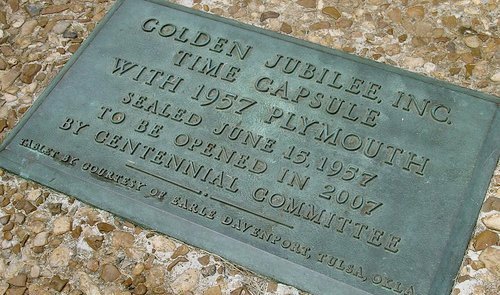 This gold and white 1957 Plymouth Belvedere Sport Coupe, later nicknamed Miss Belvedere, was buried in a 12ft by 20ft reinforced concrete vault in June 15, 1957 by the City of Tulsa to celebrate Oklahoma State’s 50 years anniversary.

It was intended to be a prize to be awarded ,when exhumed in 50 years time and during the 100th anniversary of the city, for one lucky individual (or his or her descendants) who can accurately guess the closest of what the population of the city would be in 2007.

The answers submitted by the 812 participants were copied onto a microfilm and kept inside the glovebox of the car. The lucky winner or descendants also gets a $100 savings account ,which had grown to $666.85 in 2007.

Items also buried with the car includes gallons of leaded petrol(in case there is no more internal combustion engines by 2007), 5 quarts of oil to fill the engine , tissues, a pack of cigarettes, matches ,a case of beer, bobby pins, bottle of tranquilizers, a lipstick, a pack of gum and $2.43. 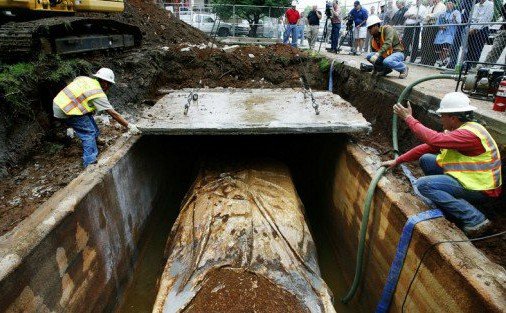 In June 14, 2007, during the state’s 100th anniversary celebration and 50 years after the car and these items were buried ,the vault was re-opened.

When the concrete vault, strong enough to survive a nuclear destruction was finally opened , Miss Belvedere , still wrapped in 3 layers of waterproof plastic wrap and a car many people felt would be found in near perfect condition, layed fully submerged in a pool of over 2,000 gallons of stagnate water. 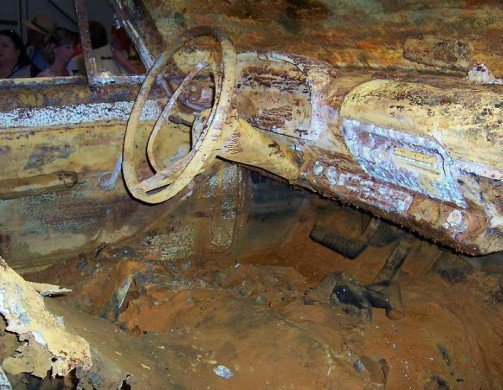 When it was publicly shown the next day,it had practically become a rusted pile of metal. The state of the engine shows no hope of ever starting again.Fortunately,all the other contents like the gallons of petrol buried in the sealed time capsule were perfectly protected.

The lucky winner was Raymond Humbertson (his guess of 384,743 was closest to the actual population of 382,457) who passed away in 1979 and his widow in 1988. The car was officially passed to his siblings because the couple had no children. 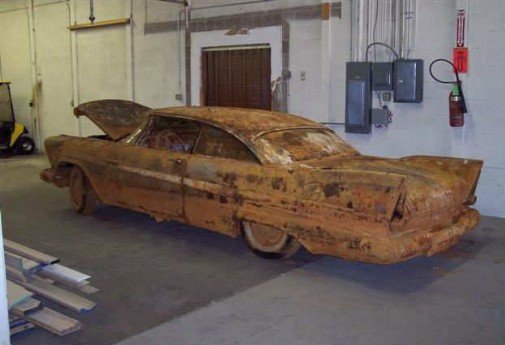 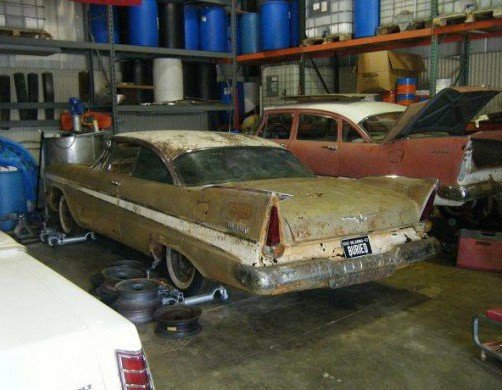 Efforts to restore the Plymouth Belvedere Sport Coupe were made in November 2007 in removing the rust and muds.

In 2017, 10 years after the 1957 Plymouth Belvedere was exhumed from its water-logged concrete vault ,it was finally shipped from the rust removal company to an Auto Attractions Museum in Illinois.

Have You Ever Seen A Range Rover Pickup Before? Dope or Not?