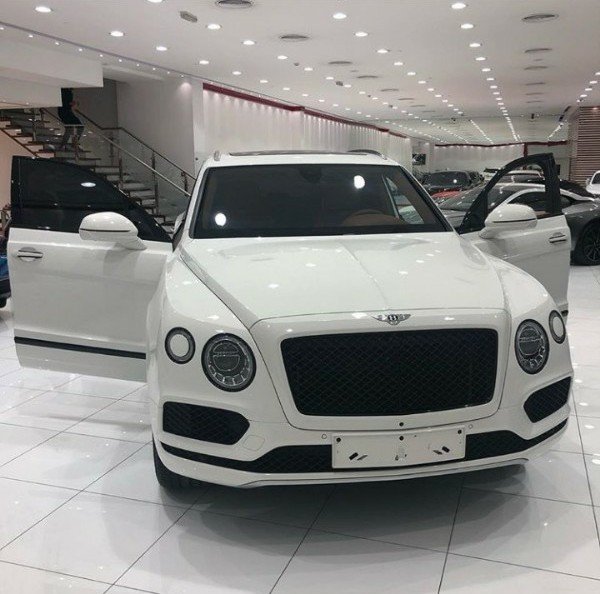 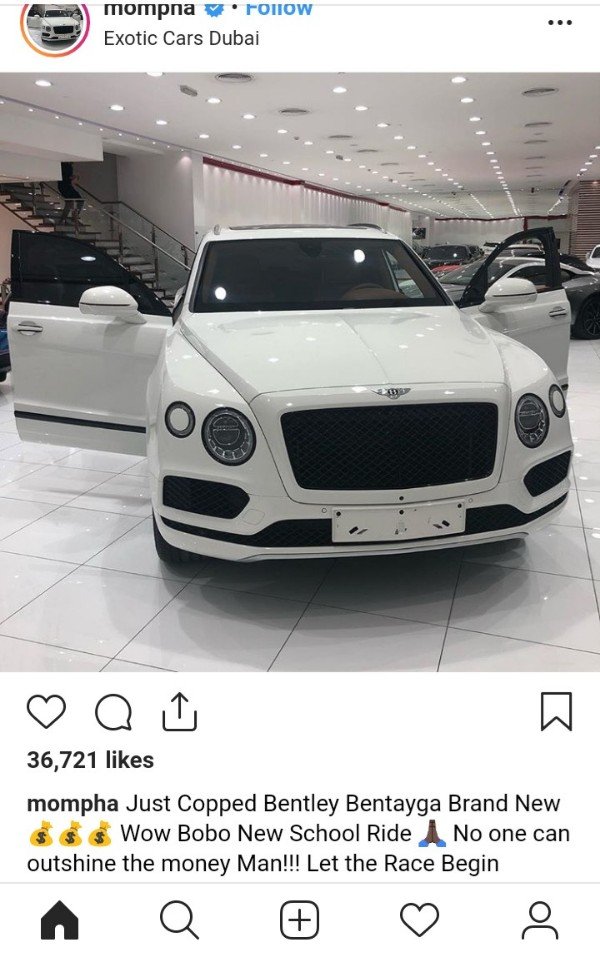 This is coming few hours after Gucci-loving big boy ,Hushpuppi, posted the picture of himself standing beside a Bentley Bentayga SUV that he bought to celebrate the lovers day. 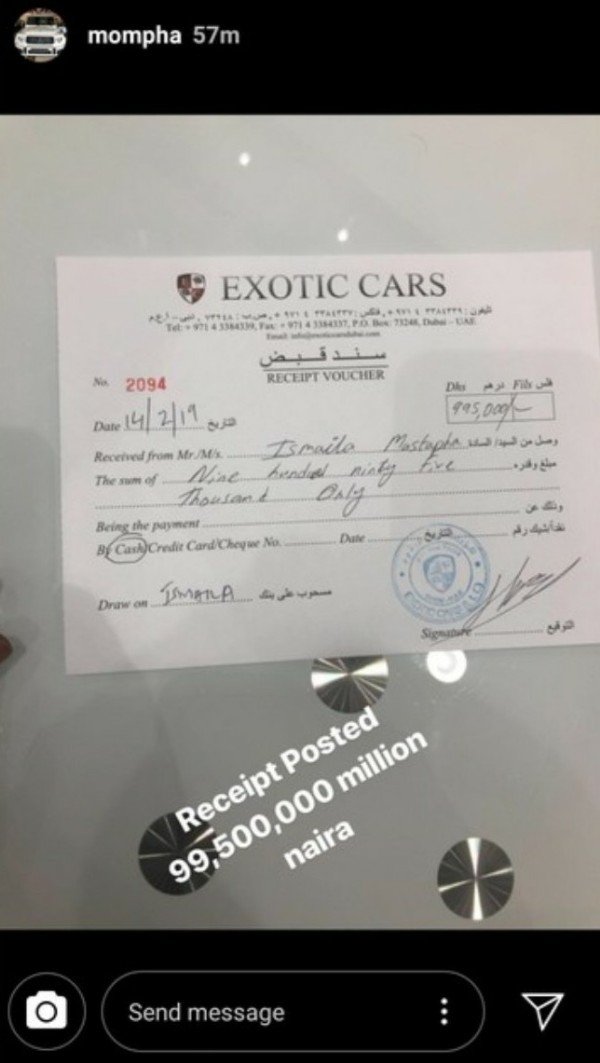 The luxury Bentley SUV starts at £162,700 , that is approximately ₦75m without shipping costs .It is one of the fastest SUV on the planet with the Lamborghini Urus taking the crown.