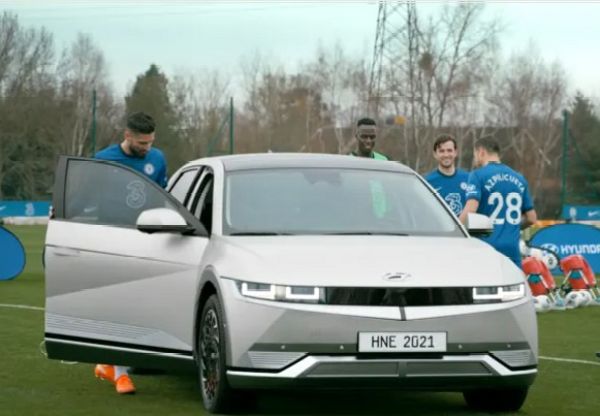 The vehicle-to-load tech allows the IONIQ 5 to function as a power outlet for electronic devices — in this case, an eight ball launchers. 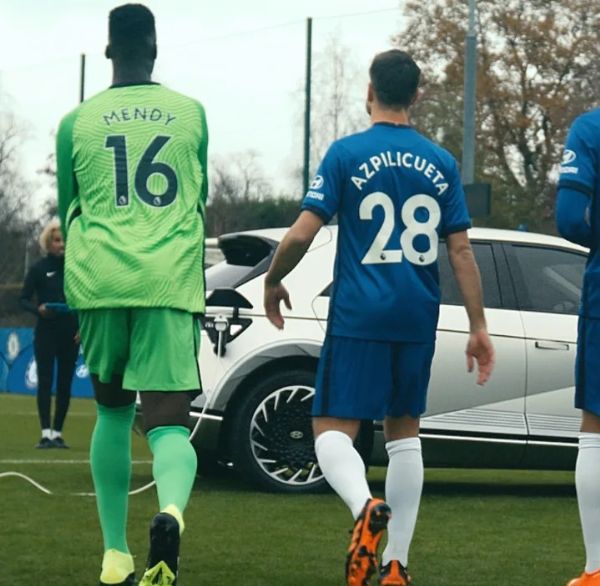 Four (4) Chelsea FC stars have shown off the clever ‘vehicle-to-load’ (V2L) function on the new Hyundai IONIQ 5 that allows other appliances to be charged through the electric car.

The V2L function on the IONIQ 5, which turns the electric car into a ‘charger on wheels’, can be used for any electric device, including scooters, electric bicycles or camping equipment.

In this case, the premier league’s side utilized the V2L tech on the IONIQ 5 by plugging eight ball launchers into it, giving the stars a tricky time as the balls were hurled towards them at high speeds. 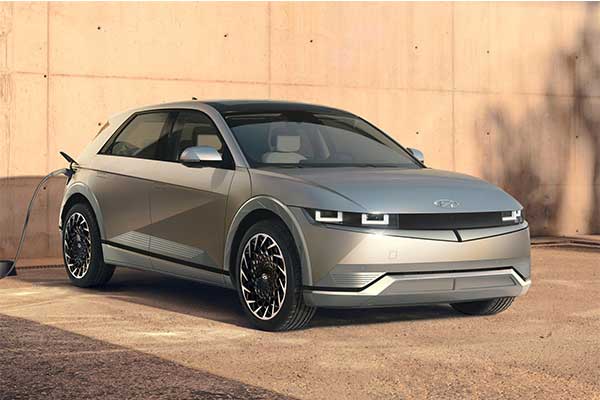 “The new IONIQ 5 is Hyundai’s first standalone electric vehicle and we wanted to show the benefits of its bi-directional charging.

“We thought it would be a fun idea to demonstrate the technology with our partners at Chelsea FC.

“While vehicle-to-load technology wasn’t necessarily designed to help footballers stay in shape on the training ground, it shows how versatile and useful the tech can be for motorists.” 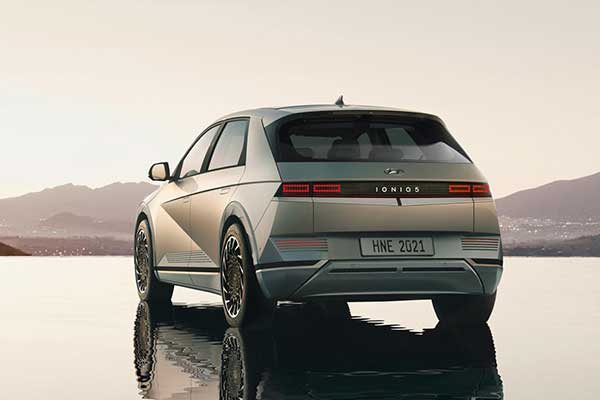 The Hyundai IONIQ 5 electric car, which was unveiled this week, is expected to arrive in dealerships later this year.